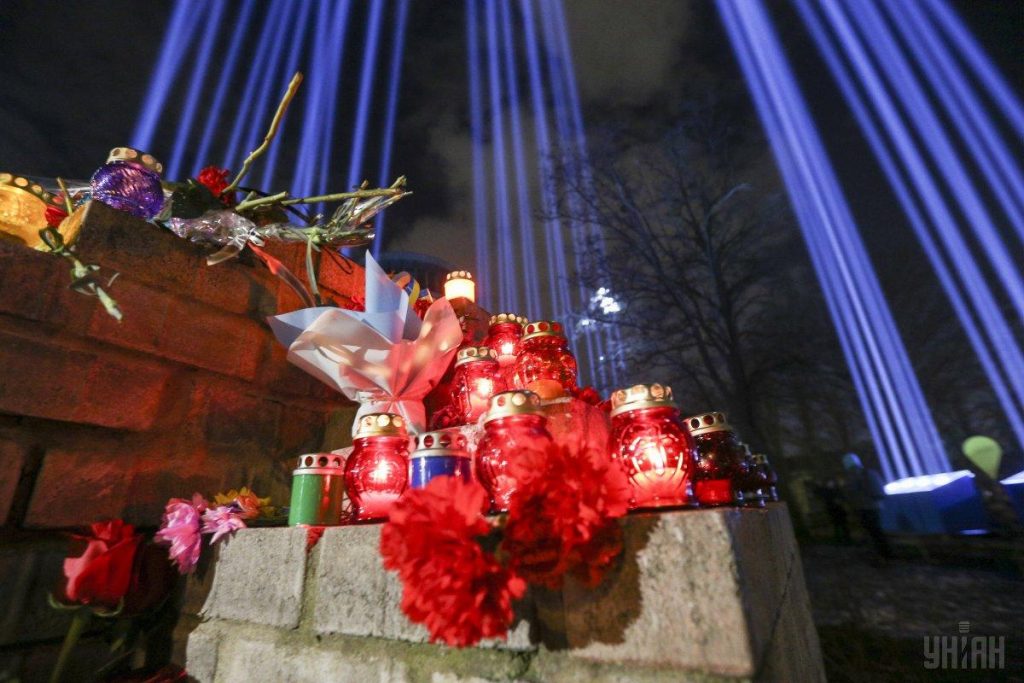 On November 21 Ukraine marked the sixth anniversary of the beginning of Euromaidan. The Day of Dignity and Freedom is officially observed on this day. In the evening a few thousand people gathered on the Maidan square in Kyiv. Has Maidan achieved its goals? Where the investigation of the Maidan cases is failing? What investigation results are already available? – check out in UCMC’s material.

Has Maidan achieved its goals? The victory is partial, experts say

Euromaidan was a protest with democratic values at heart, supporting pro-European vector of development and standing against the corrupt system. Maidan generally won, while some of its goals have not been achieved. These are the key results of the expert survey held by the Ilko Kucheriv Democratic Initiatives Foundation that the think-tank presented at a press briefing at Ukraine Crisis Media Center. The opinion poll was held on November 7-19, 2019, it had 80 experts interviewed.

Key achievements. For the 6thyear in a row experts have been saying that Maidan won but majority of them say the victory is relative. What’s been achieved is the change of authorities, political elites were partially renewed, the role of the civil society was reinforced, Ukraine restored its pro-Western vector of development, signed the Association Agreement with the EU and intensified its cooperation with NATO.

What has not been implemented? At the same time Maidan’s key demands have been implemented only partially – they include comprehensive combat against corruption, relaunch of state institutions, renewal of political elites, deoligarchization of political and economic life.

Where is the investigation of crimes against the Maidan failing?

The department for special investigations will be replaced with the newly established department of procedural management of Maidan cases. Viktor Mysiak was appointed head of the new unit, he is former deputy head of organization and process management of criminal procedures in specifically categorized crimes. Lawyers of the families of Heaven’s Hundred (killed Euromaidan activists) did not support the appointment.

Investigative function itself was granted to the State Bureau of Investigation (SBI). Reassigning the cases to SBI is problematic, besides there are not enough investigators in the Bureau to undertake this large-scale work.

Volodymyr Bondarchuk, former head of the NGO “Families of Heaven’s Hundred Heroes” in a comment to Hromadske explained that the setup of the Department for special investigations back in 2014 was made possible thanks to the families of the killed activists. Commenting on the current situation he said: “Horbatyuk (dismissed prosecutor, formerly responsible for investigation of the Maidan cases – UCMC) was supposed to pass these cases to SBI (the State Bureau of Investigation – edit.) – to the unit that was supposed to take over them. Turned out SBI did not assign the responsible. One may now say that there was nothing to pass. We will never learn if there was anything or not.

To hand over the cases there needs to be a unit that will keep dealing with them. SBI does not have one. After Horbatyuk was dismissed there is no one who can conduct the hand over.

The cases may now get lost at any stage – either at the Office of the Prosecutor General or at SBI. Taking into consideration some nuances pertaining to the personality of the SBI head Roman Truba and his involvement in countering Maidan in his time, it looks like a possible option. It will be hard to dig deep for the truth,” Bondarchuk said.

While SBI awaits amendments to legislation allowing to increase the number of staff members, we take a look at what’s been achieved by investigation in six years.

Lawyer of families of Heaven’s Hundred goes on hunger strike

In the evening on November 21, 2019 the lawyer of families of Heaven’s Hundred heroes Yevhenia Zakrevska announced that she starts a hunger strike. Zakrevska will be on hunger strike until investigation of the Maidan cases restarts.

She added that head of the “Servant of the People” faction Davyd Arakhamia promised her that the amendment will be passed on December 3.

Advocacy Advisory Panel representing families of Heaven’s Hundred Heroes demands that President Zelenskyi calls an extraordinary session of the Parliament for MPs to vote in the amendment to the draft law that would allow for the transfer of Maidan cases.

What is known about Maidan crimes and who’s been already held liable?

Office of the Prosecutor General: majority of cases resolved. The Office of the Prosecutor General says the majority of the crimes have been resolved, meaning that the circumstances, organizers and actors were identified. Charges were brought against 66 persons allegedly involved in killings on Maidan. At the same time in some of the cases concrete actors have not been identified, reports Hromadske TV.

Berkut still working in law enforcement. Thirty six more persons suspected in the crimes against the Maidan participants keep working in law enforcement agencies, 10 of them hold management positions. The persons in question were charged with organizing killings. Kyiv police alone employs 30 per cent of former Berkut staff (riot police) some of whom are actors in the criminal cases.

Suspects in the Russian Federation and in Crimea.Twenty-six former Berkut staff members of the so-called “black company” were charged with killings in Maidan, 21 of them are hiding. Head of the company Dmytro Sadovnyk fled to Russia in autumn 2014, 20 more Berkut staff members followed him in late February. Sixteen of them are in the Russian Federation, four of them – in the annexed Crimea. Some of them became Russian citizens, some were granted asylum. Russia refuses to pass them to Ukraine ignoring the requests by Ukraine’s Office of the Prosecutor General.

Only five of them are being tried. The trial is ongoing at the Svyatoshyn district court of Kyiv.

Yanukovych fled to Russia in 2014 and is still there. The runaway president could be sent to jail as soon as he is detained. The lawyers filed five appeals of the sentence, they are under consideration.