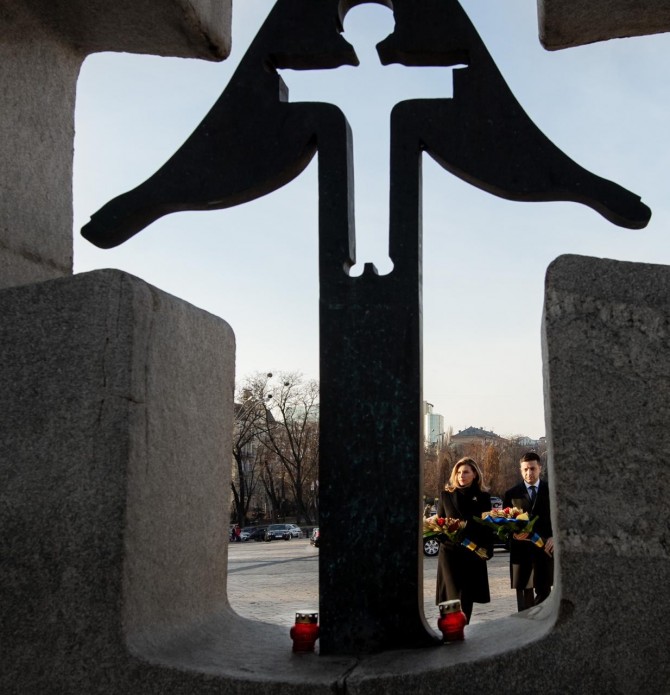 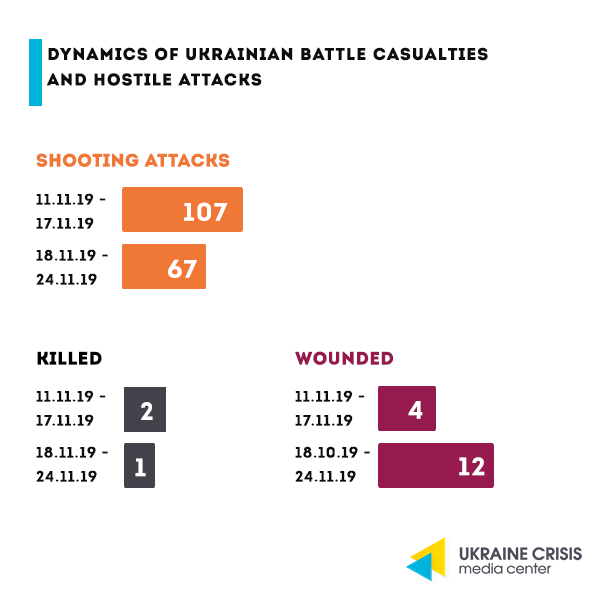 On November 24 in one of the sites Ukrainian troops asked for a truce twice to give medical assistance to the wounded. Russia-backed militants agreed but kept firing upon the Ukrainian troops’ positions.

Russian proxies disregard safety of civilians in Donbas. Thus, on November 24 at about 18:00 as they were firing upon the Joint Forces’ positions near Berezove in Donetsk region, they were also firing upon the civil infrastructure from heavy machine guns.

Troops of the Joint Forces quickly evacuated the affected civilians and localized the fire at about 23:00. There were no casualties.

Ukraine commemorates victims of the 1932-1933 Holodomor 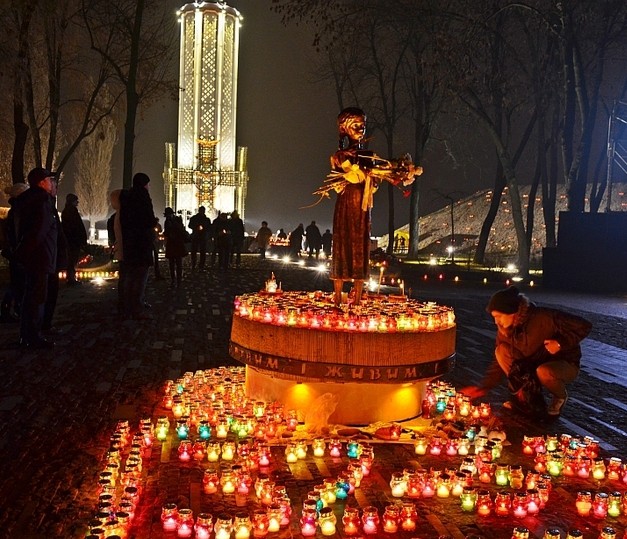 On November 23 Ukraine commemorated the victims of Holodomor, nationwide action “Light a Candle” was held.

On the fourth Saturday in November at 16:00 commemoration is held honoring millions of Ukrainians starved to death during the genocide. A minute of silence is observed and candles are lit. The tradition to burn candles in the window was suggested by Holodomor researcher James Mace.

What is the general sentiment? The latest survey by the sociological group “Rating” shows that 82 per cent of Ukrainians see Holodomor of 1932-1933 as an act of genocide against the Ukrainian people.

On November 23 the official commemoration took place in the National Museum of the Holodomor-Genocide, high-level officials, representatives of local self-government, civil society, religious leaders and foreign guests attended the event. Even the members of Ukraine’s Antarctic expedition lit 12 candles at the “Akademik Vernadskyi” (Academician Vernadskyi) station to observe the commemoration.

Is Holodomor a genocide?Holodomor is a genocide against the Ukrainian people carried out by the Soviet totalitarian regime “deliberately inflicting on the group conditions of life calculated to bring about its physical destruction in whole or in part”. The definition refers to the UN Convention on the Prevention and Punishment of the Crime of Genocide of December 9, 1948 and to the Law of Ukraine “On Holodomor of 1932-1933 in Ukraine” of November 28, 2006.

The Soviet Communist Party (Bolsheviks) and the government of the USSR organized an artificial famine in 1932-1933 in Ukrainian Soviet republic and in Kuban. To break the resistance by Ukrainians against the setup of the Soviet communist totalitarian regime, in autumn 1932 communists started a special punitive operation – massive artificial famine.

Deliberate conditions made survival impossible – in 1932-1933 millions of Ukrainians were starved to death. 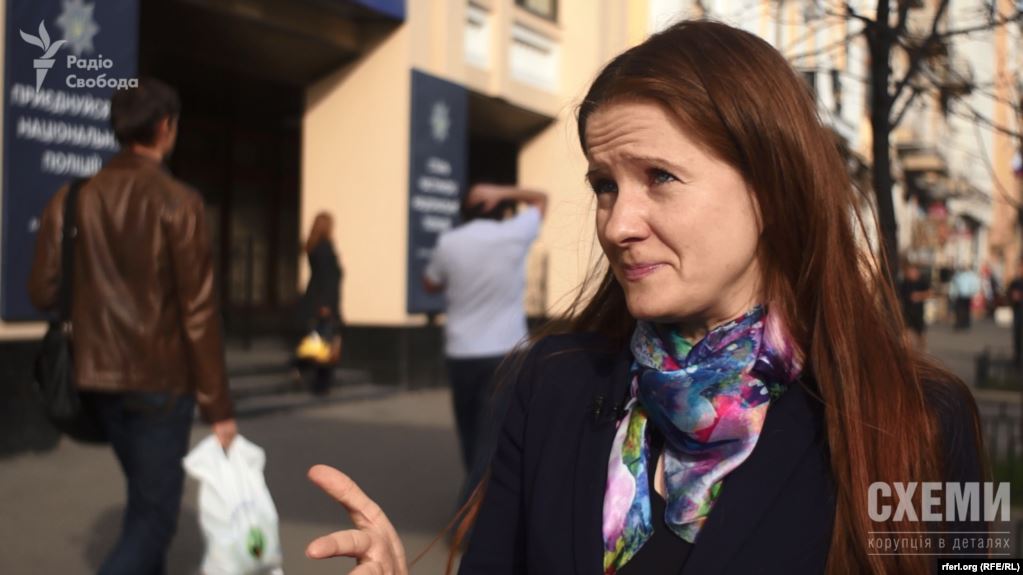 Yevhenia Zakrevska, a lawyer who represents in court families of the killed Maidan activists and injured protesters, has been on hunger strike for four days now. She has lost about two kilograms.

“Today I’ve compared the number of investigators of the department of special investigations as of July 1, 2019 with the number as of November 20, 2019 – out of 67 persons 25 remained. The chances that investigation of the Maidan cases will proceed are growing thinner same as I am,” Zakrevska wrote on Facebook.

Oleg Sentsov makes a statement. Oleg Sentsov, Ukrainian writer and film director, liberated Kremlin’s prisoner, was one of the many who commented on the lawyer’s hunger strike.

“I know Zhenia (Yevhenia) in person and my level of trust in her is very high. She is an honest and well-respected person who acted bravely during the revolutions, seizure of Crimea and the war. She is dealing with the most important case – leading in court the advocacy on killings of people in Maidan. After my liberation I met her a number of times both for my case in which she is also the lawyer and on other occasions. I was asking her about the death of protesters on February 18-20 and the trial against Berkut staff. Zhenia spoke for several hours giving me the details of the case in which she is completely immersed. I was asking not only about the facts of the killings: who was firing and how, but also how the investigation was carried out and the trial is going, if there is protraction or attempts to shut down this flagship case. She reassured me that the investigation lasted long because the circumstances in which the events unfolded were very complex and had many actors. She though warned me that the problem is different: amid the trial the case is being transferred from the Office of the Prosecutor General to the State Bureau of Investigation (SBI) and it’s volumes of the cases that are being transferred not the investigators who were actually immersed in the work for five years. We all know that the State Bureau of Investigation was created as a new body free from the dirt and selective manually-directed justice of the previous system but it does not have professionals who would be capable of further leading this complicated case. After the Truba tapes (Roman Truba is the SBI director – UCMC) were publicly released, the questions on SBI transparency popped up as if from a clogged toilet. Yesterday happened what not only Zakrevska was warning against but what others were saying as well: the time ran out and the case was passed to SBI. The amendment that would have settled the issue was not adopted. So Zhenia started a new count – she went on hunger strike. (…)

It is neither a gesture nor hype but the position of someone who is not indifferent. We all need to support her – not in abstaining from food but in the demand that the President, the government and the Parliament need to hear us,” Sentsov wrote on his Facebook page.

Opinion poll reveals Ukrainians’ take on where the country is heading, shows attitude to new faces in authority 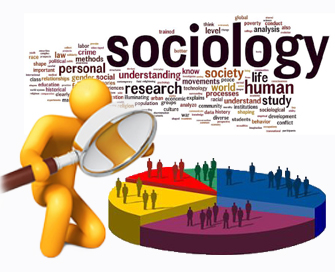 Between November 4 and 19, 2019 the Ilko Kucheriv Democratic Initiatives Foundation and the Kyiv International Institute of Sociology jointly held a nationwide public opinion poll. The survey was held in 110 cities and towns in all regions of Ukraine but Crimea. In Donetsk and Luhansk regions the poll was held in the government-controlled area only. The field work resulted in 2041 questionnaires collected. The margin of error does not exceed 2,3 per cent.

The survey was financed by the Delegation of the European Union to Ukraine.

To demonstrate the dynamics, results of previous nationwide public opinion polls are quoted – they are opinion polls jointly held by the Ilko Kucheriv Democratic Initiatives Foundation and the Razumkov Center on June 13-20, 2019 and August 16-22, 2018 and the survey by the Kyiv International Institute of Sociology held on August 9-18, 2019.

It’s the voters of the “Servant of the People” (Sluha Narodu) party who are mostly convinced in the right vector of movement undertaken by the country (50 per cent think it’s the right one, 25 per cent say it is wrong). Voters of the parties “Opposition Platform ‘For Life’” (Opozytsiyna platforma ‘Za zhyttia’) and “European Solidarity” (Yevropeiska solidarnist) have an opposite vision: 69 and 74 per cent respectively say the country’s direction of movement is wrong.

More skeptical attitude to “new faces” in power.Ukrainians have a largely negative attitude to the fact that the majority of the newly elected MPs have never been in politics before – 41 per cent, much less – 24 per cent take it positively, 26 per cent are convinced that it can be both positive and negative depending on whether the MPs will be learning and engaging highly qualified professionals. Right after the elections opinions split in a different way: 25 per cent considered negative the lack of political experience of the newly elected MPs, 35 per cent said it was positive and 26 per cent saw it as both potentially positive and negative.

Just How Secure is Organization for Security and Cooperation in Europe?

Some of the latest developments, however, raise disturbing questions whether OSCE indeed adheres completely to the role of a transparent, unbiased party driven by international law.