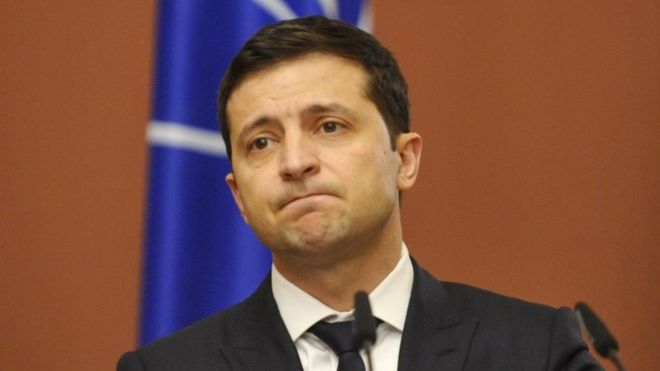 In late November the share of Ukrainians who approve of the way President Zelenskyi is handling his job as President decreased to 52 per cent. At the same time the number of those disapproving of Zelenskyi performance grew reaching 36 per cent. These are the results of a recent survey held by the Kyiv International Institute of Sociology (KMIS).

The opinion poll was held between November 22 and 25 using the computer-assisted telephone interviewing (CATI) system based on a random sample of mobile phone numbers.

The survey was not held in temporarily occupied areas including the Autonomous Republic of Crimea and the defined areas of Donetsk and Luhansk regions.

The survey had 1.500 interviews conducted, the margin of error does not exceed three per cent at 0,95 confidence level. The survey results are juxtaposed against the results of surveys held by KIMS between November 4 and 7, between October 9 and 11 as well as with the one held between September 6 and 19, 2019.

At the same time the actual Ukrainian President is still enjoying high level of trust by the citizens. Thus, 53 per cent of Ukrainians are convinced that President Zelenskyi is more efficient compared to his predecessor President Poroshenko. These are the results of the survey held by the “Rating” Group between November 20 and 24 that had 2.500 interviewed. At the same time 15 per cent have an opposite vision, 22 per cent claim nothing has changed.

Ukrainians also compared the actual composition of the Parliament with the previous one. Turns out 34 per cent think that the actual Parliament is more efficient, 17 per cent consider it less efficient, while 32 per cent are convinced that nothing has changed.

Only 27 per cent of the interviewed say the government headed by Oleksiy Honcharuk is more efficient than Volodymyr Hroisman’s cabinet. Still 30 per cent think no changes happened and 19 per cent say the actual government is worse than the previous one.

The non-sampling error of the survey does not exceed two per cent.