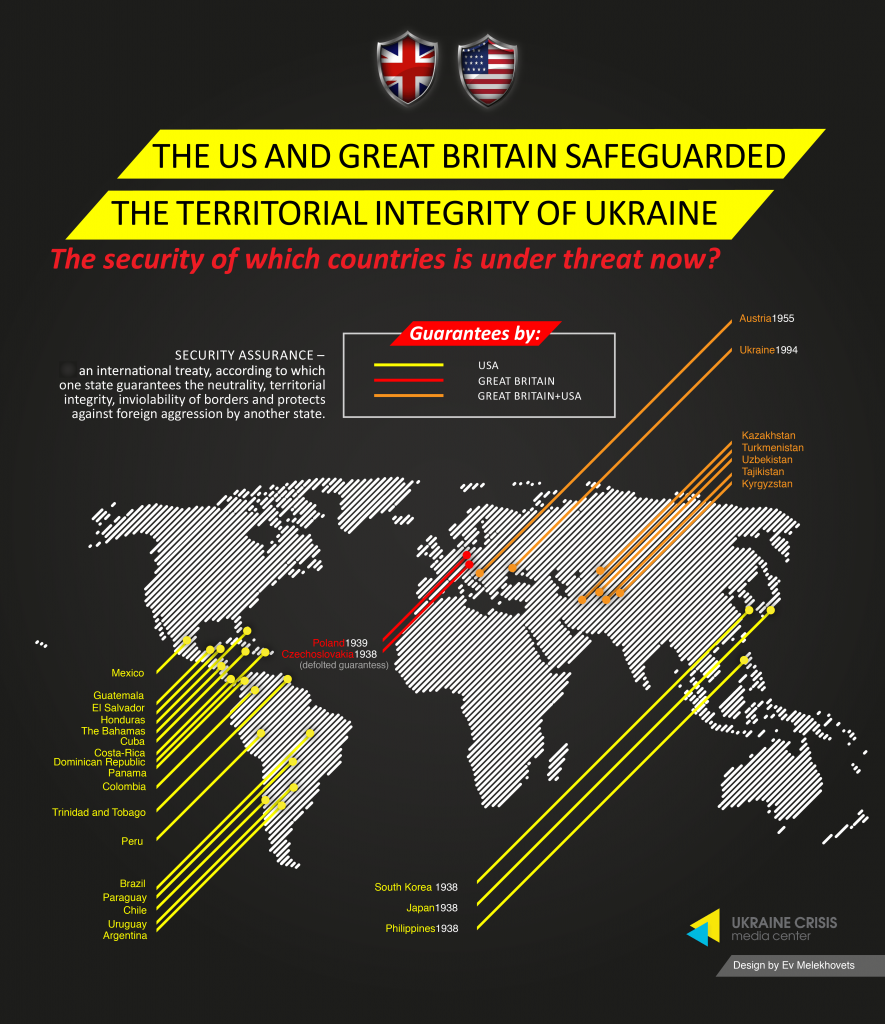 According to the Budapest Memorandum, signed on December 5, 1994, Russia, the US and the UK provided security assurances against threats or use of force against the territorial integrity or political independence of Ukraine in exchange for the country’s nuclear arsenal. The guarantors seem to have failed to deliver on their promises, when Russia annexed Ukrainian Crimea in March 2014. Taking the recent events into accoun, the security of which countries may be at risk now? 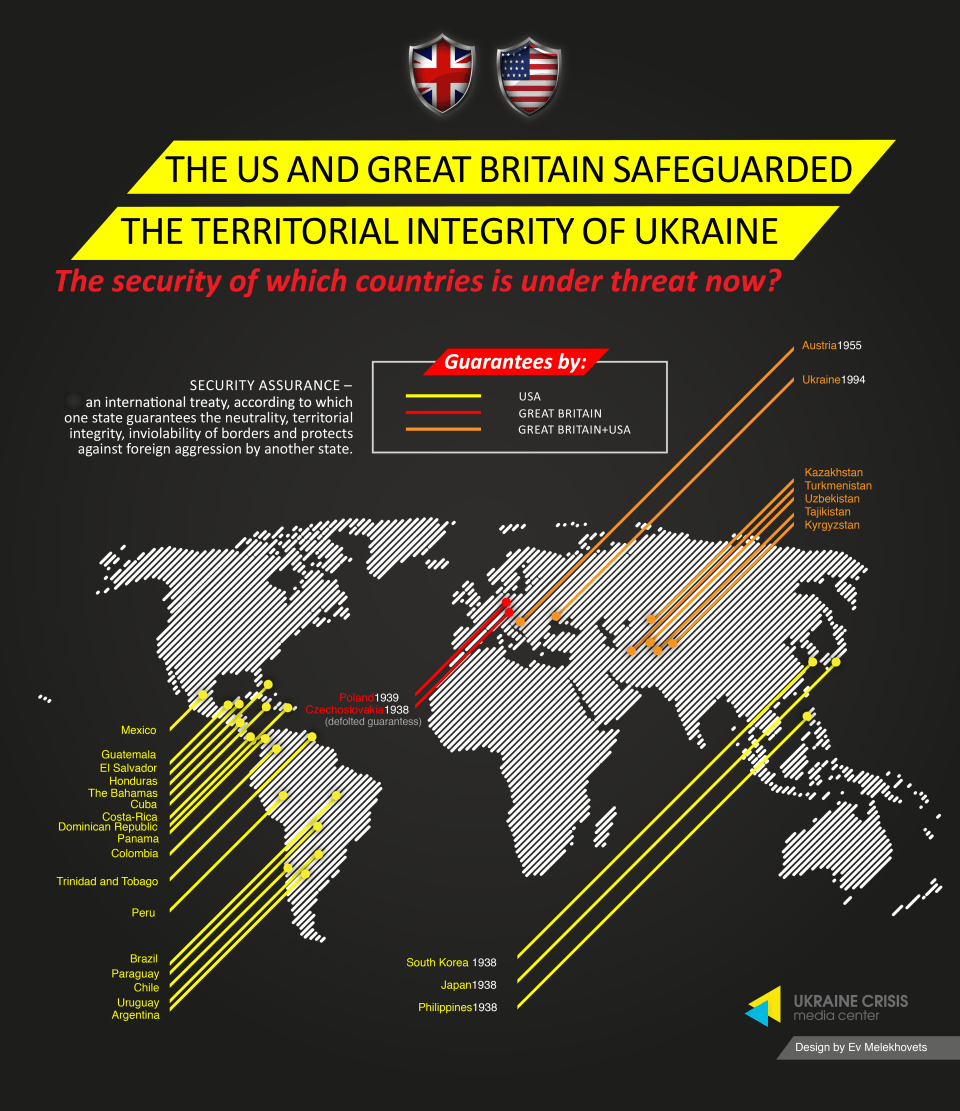