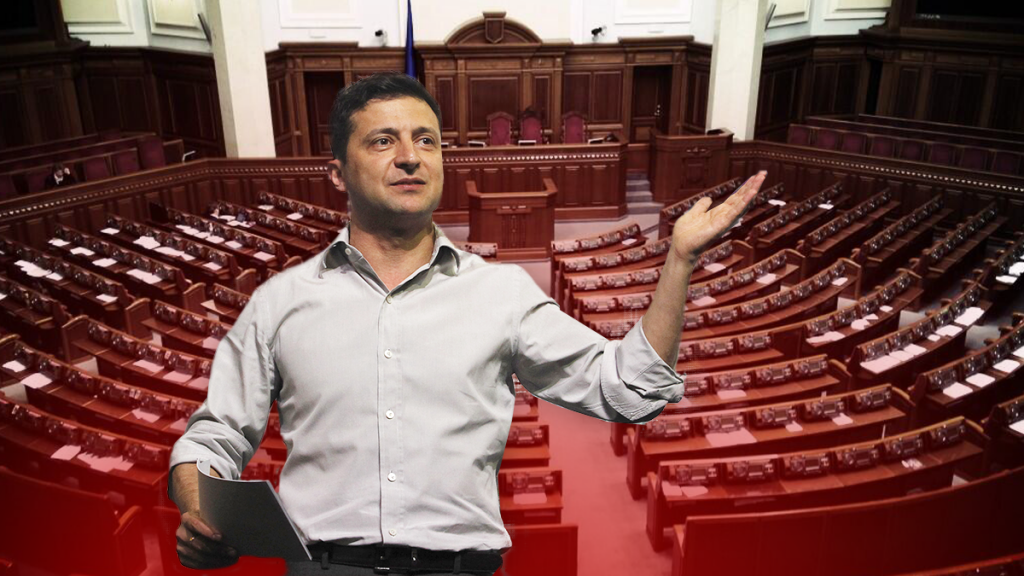 After the attempted resignation of Prime Minister Honcharuk, it became clear that the shuffle of the Ukrainian government is a possible scenario. When meeting the Premier on January 17 President Zelenskyi in addition to giving him another chance tasked him directly to prepare Cabinet reshuffle. Zelenskyi said he wants a stronger government and thus suggested that weak spots are identified and some heads of the ministries are changed.

Several weeks after the meeting there are changes that are already palpable. Ukrainian media are discussing the possible government reshuffle, no official statements have been made yet. Here’s what we know so far and some likely developments.

“Ukrainska Pravda” quoting unnamed sources reports that there was a series of meetings at the Office of the President on February 1. Potential candidates to ministerial posts – both newcomers and actual civil servants were interviewed. A few names were mentioned in this regard: Ukraine’s representative to the Trilateral Contact Group in Minsk Oleksiy Reznikov and head of the parliamentary committee on social policy Halyna Tretyakova. The actual Vice Prime Minister on European and Euro-Atlantic Integration Dmytro Kuleba was also among the visitors on Bankova.

Candidates were interviewed by Zelenskyi and Honcharuk assisted by the President’s chief advisor Serhiy Shefir and President’s external advisor Andriy Yermak. At the same time the Head of the Office of the President Andriy Bohdan was not present while his initial input into shaping the actual cabinet was crucial.

“Ukrainska Pravda” claims that Bohdan decided to take a step back from work with the government due to his conflict with Yermak.

Why Bohdan and Yermak are in conflict and who are they?

An interesting trend that is becoming visible over the past weeks is the Head of the Office of the President Andriy Bohdan becoming estranged from the President. At the same time the impact of his aide Andriy Yermak is gradually rising.

Starting from the Presidential elections Andriy Bohdan has earned the reputation of Zelenskyi’s “grey eminence”. He is the mastermind that formed Zelenskyi’s team as well as the parliamentary faction and the government.

Bohdan’s reputation problems – him being subject to lustration (cleansing of authorities) – after serving in Yanukovych’s administration and being Kolomoyskyi’s lawyer, did not stand in the way of him becoming Zelenskyi’s right-hand man in the first months of his presidency. He was often spotted at public events prompting the President, clarifying things or interrupting him. During Zelenskyi’s first months in office it sometimes seemed that it was actually Bohdan not him heading the State.

Meanwhile Andriy Yermak is a non-staff aide who started gaining his political weight after the prisoners’ swaps and the Normandy Four summit seen as achievements that he had contributed to. Yermak was active in foreign policy, particularly in negotiations with Russia.

Exchange of prisoners in September 2019 when Sentsov was liberated, return of Ukrainian warships seized by Russia and the Normandy Four meeting – these are the milestones that made Yermak – previously unknown, more and more of a public figure often pictured close to Zelenskyi and replacing Bohdan in this proximity.

On January 19, 2020 when remains of the Iran plane crash victims were returned to Ukraine, the Head of the Office of the President Andriy Bohdan was missing from the official ceremony at Boryspil airport. “Ukrainska Pravda” says the reason was the conflict that Bohdan and Yermak had about the protocol.

Reshuffle of Oleksiy Honcharuk’s government is likely to proceed in three strategic directions.

New sectoral vice prime ministers. New positions can be created for officials that would be overlooking entire sectors. The initial plan was to have several vice presidents.

The Parliament appointed one on February 4. Denys Shmygal,Vice Prime Minister, Minister of Community and Land Development, is the former head of the Ivano-Frankivsk regional state administration and former director of the Byrshtynska thermal power station within Rinat Akhmetov’s holding company.

Another new position can be the vice prime minister on economy, investment and industry.

Splitting the ministries consolidated in August 2019. When Honcharuk’s government was being formed there were several ministries that were joined together. Most of them can be again split up into separate agencies. The actual Ministry on the affairs of the occupied territories, veterans and displaced persons is to be split in two – the actual Minister Oksana Kolyada will take over the veteran affairs, the occupied territories will be the area of responsibility of Oleksiy Reznikov.

The Ministry of Economy and the Ministry of Agriculture are likely to be separated as well. No bright candidate in sight that can be considered for the post of the agriculture minister can be standing in the way of the split. Secondly, the President is concerned that if the ministries are separated, the land reform will fail.

The Ministry of Humanitarian Policy headed by Volodymyr Borodyanskyi is another agency that can get split in two forming the Ministry of Culture and the Ministry on the Affairs of the Young and of Sports.
The most likely scenario is taking sports from Borodyanskyi’s area of responsibility and shaping it into the state sports agency under the Ministry.

The government would like to have the agency chaired by someone who is not just efficient but also visible in the media. “Ukrainska Pravda” quotes a source saying that the Office of the President was considering to the post Oleksandr Shovkovskyi, former goalkeeper of the FC “Dynamo Kyiv” and of the Ukraine national football team.

Composition of ministers changed. There are several dismissals planned. Minister of Social Policy Yulia Sokolovska can be dismissed. The likely substitute that’s being discussed is Halyna Tretyakova, actual head of the parliamentary committee on social policy and Andriy Yermak’s team mate.

“With Prystaiko it’s strange: he is a good diplomat but he has not proved himself as the Minister. In these several months he has broken off relations with almost all the team. He should be changed but the Office of the President has not made the final decision yet,” an unnamed source told “Ukrainska Pravda”. “As to Zahorodnyuk, he did not demonstrate any results on the post.”

Minister Prystaiko said he sees no grounds to start talks on his possible dismissal and says it all depends on President Zelenskyi.

“As for my possible dismissal, I am a professional diplomat, I have been assigned to work in different countries, I was working, I changed jobs. From the very beginning my agreement with President Zelenskyi was that we keep working together until I can be of use.”

“Rumors on someone possibly wanting to change something, I think they are groundless today. (…) At least we have not discussed it with the President.”

Substituting the “unchangeable” Interior Minister Arsen Avakov who was left in office “under the personal guarantee” of the President was not subject to actual talks on the government reshuffle.

Earlier President Zelenskyi conditioned Avakov’s seat by investigation progress of the clamorous cases including the murder of Pavlo Sheremet. The Office of the President would rather not bring it up now as the investigation is backpedaling again.

The meetings and interviews held at the Office of the President stay secret not only for journalists and the wide pubic but also for the actual ministers and the majority of “Sluha Narodu” (Servant of the People) MPs, even though it’s the Parliament that is formally forming the government.