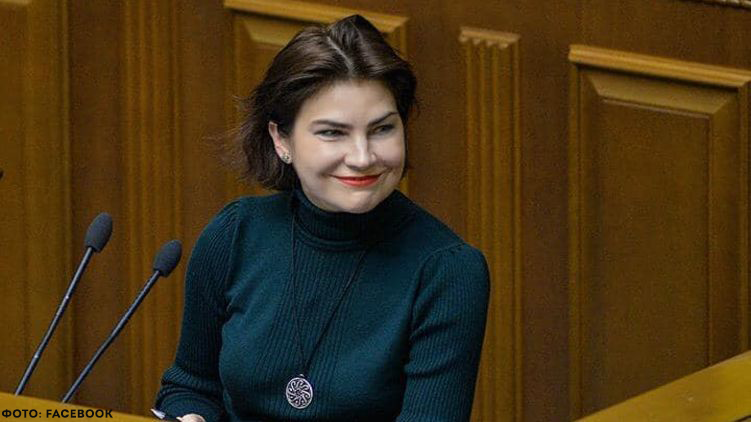 In the past weeks Ukraine introduced strict restrictive measures to contain the spread of coronavirus similarly to what other European states did. Schools and universities shut down, all public venues but grocery stores, pharmacies and banks were closed. Domestic rail services were suspended, so were the underground services across Ukraine including in Kyiv effective March 18.

Meanwhile the country’s political life never stops. There are many alarming signals coming from the staffing policy undertaken by the country’s top officials including the recent appointment of Iryna Venediktova as the new Prosecutor General. UCMC scrutinizes what the appointment is about, who Venediktova is and what should be expected of her.

Early this week the Parliament voted to support the President’s nomination of Iryna Venediktova for the post of the Prosecutor General of Ukraine.

She became the first female prosecutor to chair the Office in Ukraine.

Her appointment was backed by 269 MPs of the 359 total MPs. The factions “Golos” (Voice) and “European Solidarity” (Yevropeiska Solidarnist) were openly against her appointment.

To remind, on March 5, 2020 the Parliament passed a vote of no confidence in the Prosecutor General Ruslan Ryaboshapka whom President Zelenskyi in a telephone conversation with Donald Trump referred to as a “100 per cent my person”.

Among the key motives that leaders of the “Servant of the People” (Sluha Narodu) faction had to remove Prosecutor General Ryaboshapka from office was Ryaboshapka’s refusal to sign the indictment of former President Poroshenko prepared by the State Bureau of Investigation.

Who is Iryna Venediktova? Forty-one-year-old Iryna Venediktova holds a doctoral degree in law. She used to chair the civil law department at the Karazin Kharkiv National University, was member of the academic consultancy council within the Supreme Court, arbiter at the International Commercial Arbitration Court within the Ukrainian Chamber of Commerce and Industry and arbitration judge for healthcare cases.

In 2016 Venediktova applied for the position of a judge at the Supreme Court but failed to meet the qualification requirements by getting a score that was “below the minimum required.”

Yet another 100 per cent person of the President. Venediktova told journalists in an interview that she first met Volodymyr Zelenskyi in October 2018. Back then she was asked to take up expertise on some legal issues.

According to Venediktova, she was introduced to Zelenskyi’s team by the first vice head of the Verkhovna Rada (Parliament) Ruslan Stefanchuk.

Iryna Venediktova became one of the first public figures representing Zelenskyi during campaigning. It was her to present candidate Zelenskyi’s team in Brussels in February 2019 where the presidential candidate who topped the rankings at the time presented his vision of Ukraine’s Euro-Atlantic integration.

After Zelenskyi took office Venediktova became the “front woman”, the face of the parliamentary election campaign of the “Servant of the People” party. She was placed third on the party list.

She chaired the parliamentary committee on legal policy thought to be one of the key ones.

Her term in office as the Director of DBR was marked by several scandals.

Thus, she had lawyer Oleksandr Babikov who represented the runaway President Viktor Yanukovych in court appointed as her deputy.

Venediktova called the indignation of the families of activists killed in Maidan at Babikov’s appointment an information attack against the State Bureau of Investigation.

Venediktova also stood for revoking the Law “On amnesty” for Maidan activists. She said the law “is an obstacle to objective investigation into killings of law enforcement staff.”

“Seventy-eight protesters and 13 policemen were killed. From the justice standpoint we have to remember the 13 killed policemen who were following orders as well. If the orders had been criminal, we need to hold liable those who were issuing them. If we want a just and honest investigation, this law needs to be revoked,” Venediktova said.

Loyalty beats professionalism. In a comment to Hromadske, expert in Ukrainian law enforcement at the Center of Policy and Legal Reform Yevhen Krapivin said that it is loyalty to President Zelenskyi that brought Venediktova to the position of the Prosecutor General.

“The problem is that she is a ‘President’s person’, his team member. Meaning that her career in law enforcement is the result of her loyalty to the President not her professionalism. So she does not have that many chances to be independent, especially taking into account the fate of her predecessor dismissed on political motives,” Krapivin said.