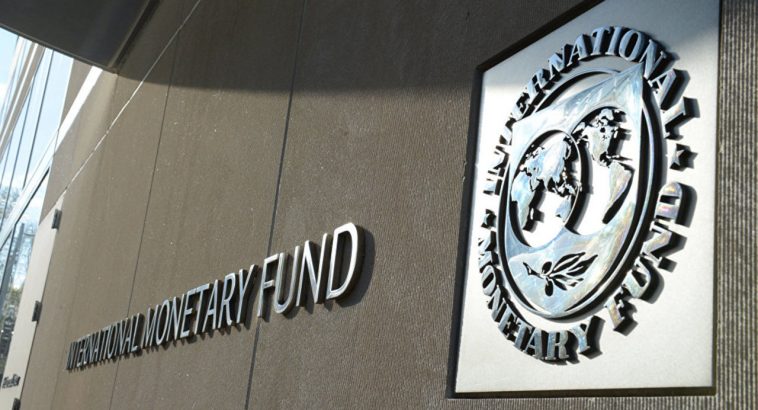 President of Ukraine Volodymyr Zelenskyi passed laws through the Parliament that pave the way for Ukraine’s cooperation with the International Monetary Fund. In times of global economic downturn it is clear that Ukraine can only be saved from an economic crisis if it seals a deal with the IMF.

In late March 2020 President Zelenskyi found himself in the Bermuda Triangle of problems, so did the whole country. The coronavirus outbreak started unfolding in Ukraine pushing the state to the brink of the crisis that was spreading globally.

National economy will only overcome the crisis if there is financial assistance by the International Monetary Fund (IMF). Ukraine needed badly to extend the cooperation with the IMF. Official Kyiv has been negotiating with the Fund a new assistance program worth of USD 5,5 billion for several months.

Closing a deal with the IMF will also give Kyiv access to additional funds to combat the coronavirus outbreak as well as to resources of other international institutions. So, the total sum of assistance may grow.

The IMF’s two principal conditions presented to official Kyiv were to pass the law that prohibits the return of nationalized banks to their former owners (the law will hit hard the hopes of billionaire Ihor Kolomoyskyi to reverse PrivatBank nationalization); and to kick-start the land market.

Tobreakthroughthedead endZelenskyi and his team – the parliamentary faction of his “Servant of the People” (Sluha Narodu) party, held three extraordinary sittings of the Parliament. The law on land market was passed in the second reading, the draft law on banks passed the first reading.

The law on land market. Verkhovna Rada (Ukraine’s Parliament) was considering the draft law on agricultural land circulation for two months, and finally passed it in the second reading last week. Throughout this time the government changed, coronavirus pandemic hit the world, and the model of the land market itself was modified.

Earlier the government insisted that the land market started on October 1, 2020, while the law that was passed postpones the start by nine months – until July 1, 2021.

The passed version of the law on the land market is a compromise that the authorities had to make to have the opposition’s votes (“Servant of the People” had 206 votes of the 226 required to pass the law).

Land market will be launched by several stages:

-Effective July 1, 2021 agricultural lands in Ukraine can be only purchased by natural persons, Ukraine citizens. Until January 1, 2024 a physical person will be able to buy not more than 100 hectares of agricultural land.

-Next stage starts on January 1, 2024 when agricultural lands will be made available for purchase by legal entities, Ukrainian ones only. The limit on agricultural lands per one buyer will grow to 10 thousand hectares (the land market model suggested in the initial draft law).

Land owners can also include banks, but only for a short time. Banks are allowed to take the land pledged for a loan. At the same time, the bank has to sell the land plot at an auction two years after it received it.

Foreign nationals, stateless persons, foreign companies or companies with non-detectable beneficiaries (registered offshore) will not be able to purchase land.

The state will be able to lift the land purchase ban on foreign nationals after a national referendum is held, and only if the voters support it.

Thedraft law on banks. On March 30 the Parliament passed in the first reading the so-called “anti-Kolomoyskyi” draft law no.2571-d on improving regulation mechanisms of banking activities, it was subject to dispute. The bill was passed by 267 votes backed by MPs of “Servant of the People”, “European Solidarity” (Yevropeiska Solidarnist of Petro Poroshenko), “Golos” (Voice) factions, and “Dovira” (Trust) group of MPs, as well as by some independent MPs.

“Batkivshyna” (Yulia Tymoshenko’s Fatherland party) MPs mostly voted against the law, “Opposition Platform – for Life” (Opozytsiyna Platforma – Za Zhyttia, a pro-Russian party) abstained. Besides, the MPs voted to shorten the term required to prepare the draft law to the second reading. The draft law foresees that bank owners and former owners, whose rights were violated due to nationalization, can get reimbursement for losses only in money.

What’s next? The voting on the draft law on banks in the second reading is still ahead. When passed, the law will finalize implementation of IMF’s conditions for Ukraine. However, the three extraordinary parliamentary sittings will not substitute the structural reforms that Ukraine needs. Thus, according to the Center for Economic Strategy, Ukraine’s budget deficit may grow from the initially forecast two per cent of GDP to 10 per cent.

Based on preliminary agreements, the IMF is willing to give Ukraine USD eight billion, more financing can come from the World Bank and the European Union. They, however, expect structural reforms of Ukraine.

After the quarantine was introduced in mid-March, it became clear that government’s ambitious plans should be postponed for a year. The new Prime Minister Denys Shmyhal recently stated that in 2020 Ukrainian economy instead of demonstrating growth will shrink by 4,8 per cent. The government will have to address industrial decline, disruption of business activities and growing unemployment.

“The positive side of it is that Zelenskyi has chosen Ukraine and its interests not those of Kolomoyskyi,” says Volodymyr Dubrovskyi, senior economist at Case Ukraine think-tank in a comment to “Novoye Vremia” (New Time). Passing the law on regulation of baking activities and on the land market, as well as appointment of liberal Finance Minister Serhiy Marchenko are to start the large-scale program aimed to save Ukraine from the crisis.