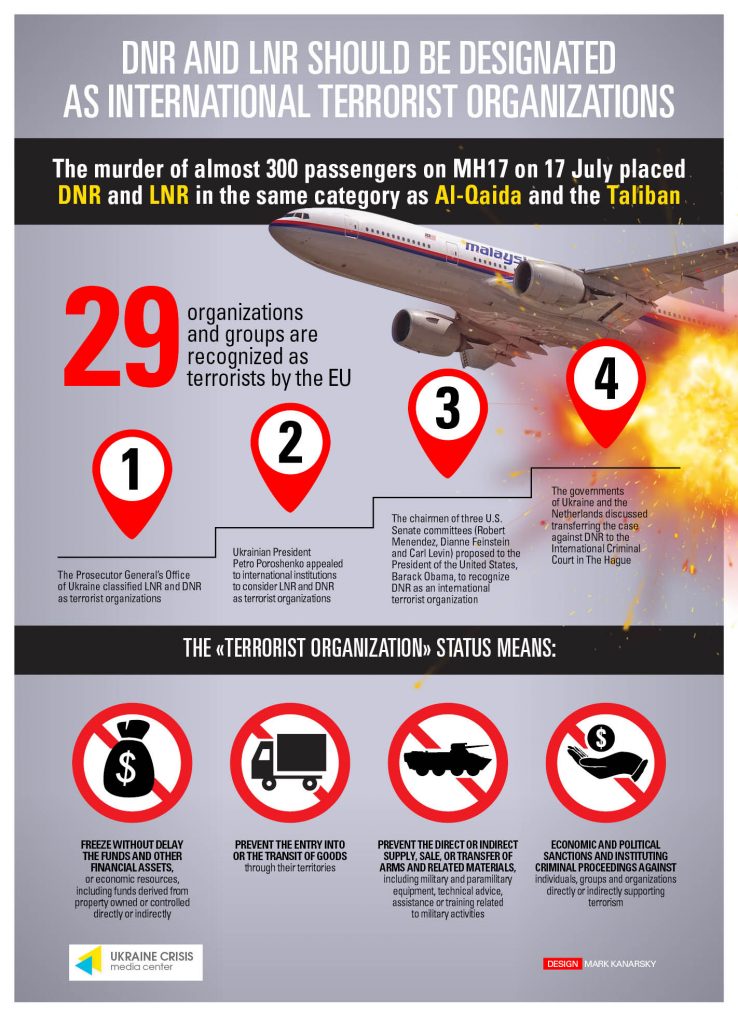 Next month President of the United States Barack Obama will preside over a meeting of the United Nations Security Council. He will address the issue of “foreign fighters traveling to conflict zones and joining terrorist organizations”. The agenda itself seems to be a perfect description of the actions of the Russian military and mercenaries who now travel to eastern Ukraine to join LNR and DNR in their terrorist activities against the citizens and armed forces of Ukraine. The terrorists killed hundreds of Ukrainian civilians and servicemen, wounded thousands, shot down up to a dozen helicopters and planes including the international flight MH17 with about 300 civilian passengers on board. How much more suffering should Ukrainian people and international community encounter before LNR and DNR are designated as terrorist organizations? 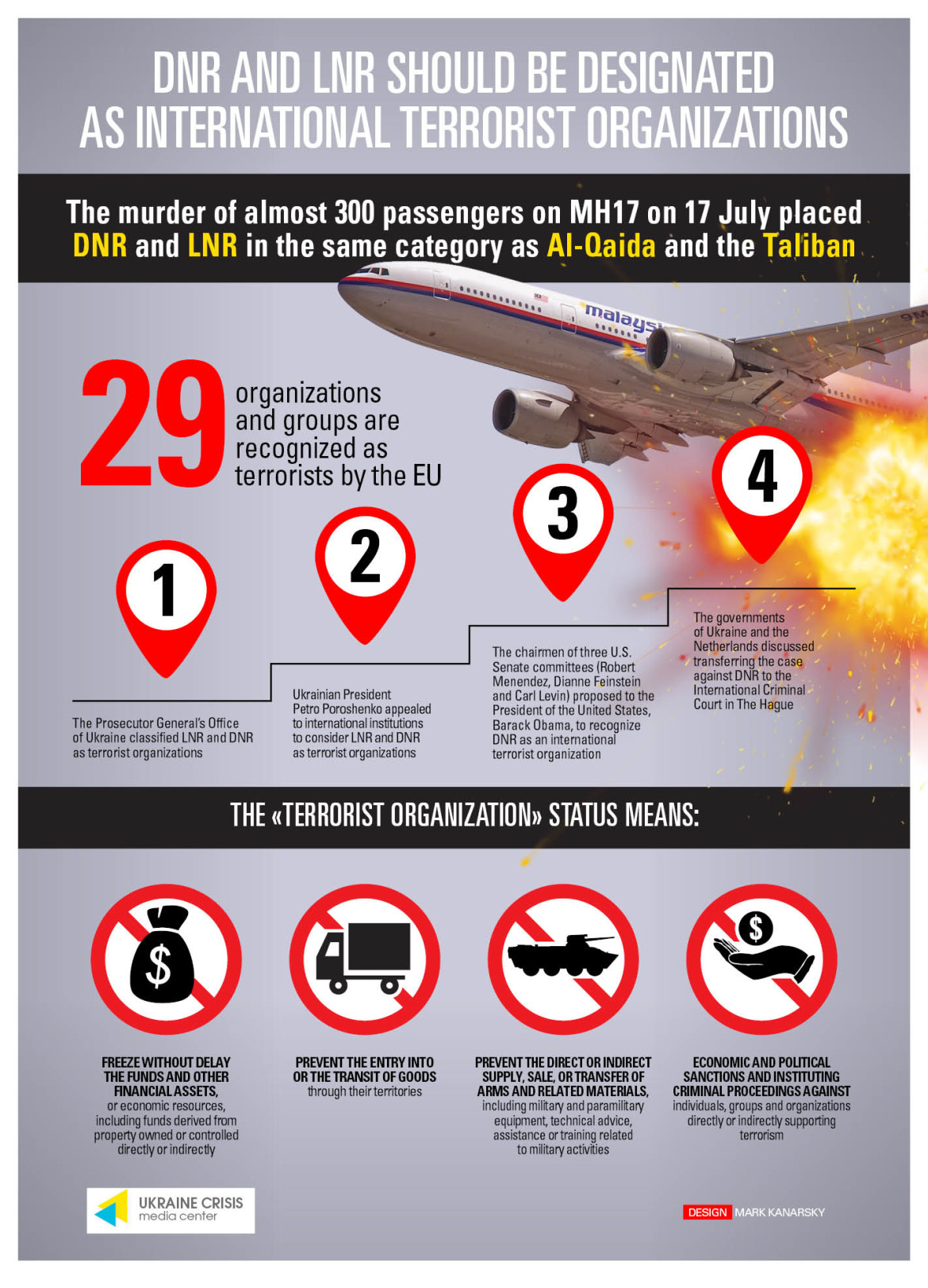