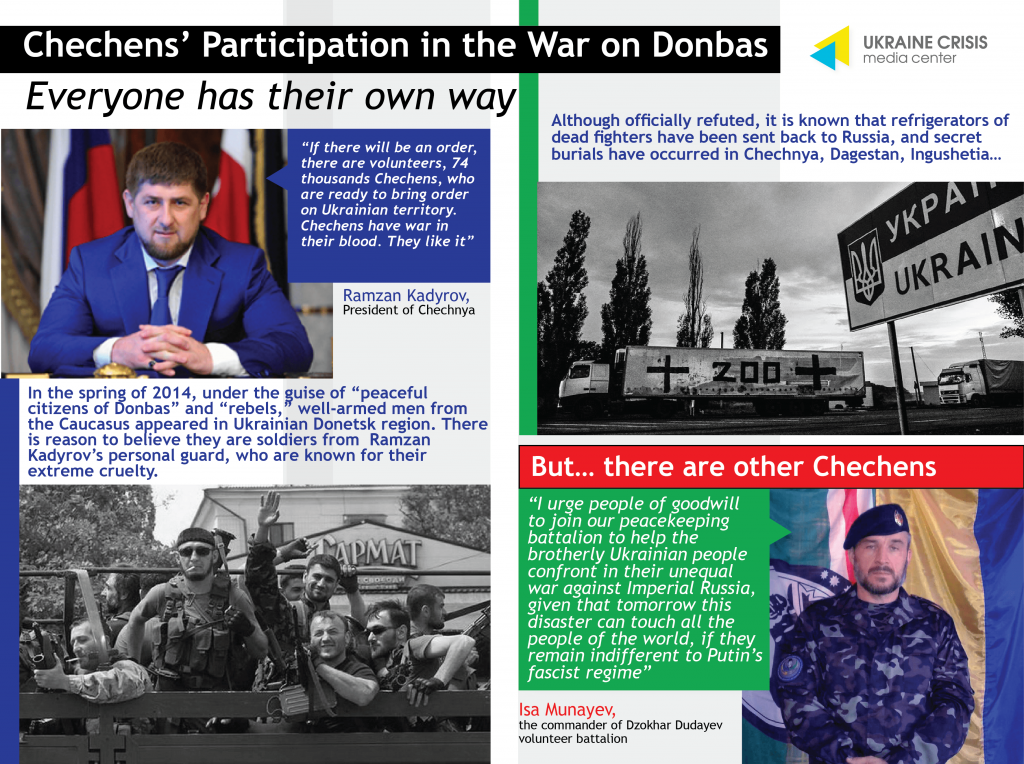 President of the Chechen Republic, Ramzan Kadyrov, has his personal army, a part of which, as they themselves claimed, has been cooperating with LPR (“Luhansk people’s republic”) and DPR (“Donetsk people’s republic”) terrorists. Interestingly, being a close friend of Vladimir Putin, Kadyrov once has been referred to as a person who “could have killed his first Russian at the age of 16 and get away with it.” However, not all the Chechens represent the interests of Putin and Kadyrov; there are those, who fight the aggressor side by side with Ukrainian military.