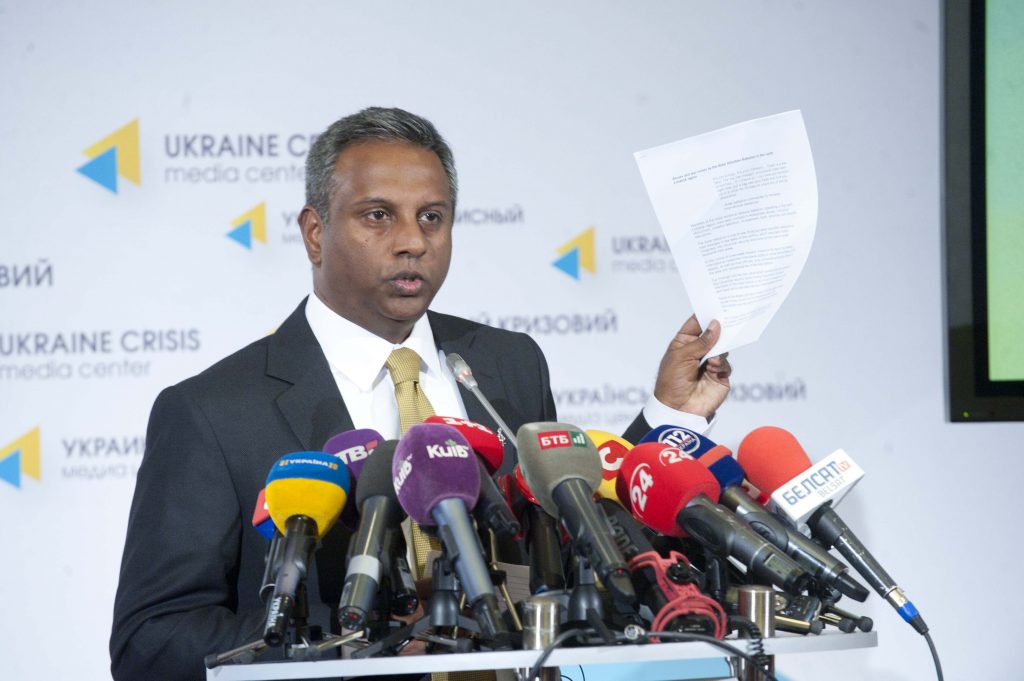 Kyiv, September 8th, 2014. Global movement protecting human rights, the Amnesty International acknowledged that the conflict in Ukraine is international. “Based on the satellite images taken in the Novoazovsk region and the proofs of cross boarder movement of Russian tanks we’ve gathered, we believe that Russia is a party of the conflict in Ukraine and all what is happening would not be possible if not for Russian support”, – said Amnesty International’s Secretary General Salil Shetty during the briefing in Ukraine Crisis Media Centre.

“Our evidence shows that Russia is fuelling the conflict, both through direct interference and by supporting the separatists in the East. Russia must stop the steady flow of weapons and other support to an insurgent force heavily implicated in gross human rights violations.” – underlined Mr. Shetty.

Salil Shetty has met Ukraine’s Prime Minister Arseniy Yatsenyuk and expressed concerns on the human rights violations in Luhansk and Donetsk regions. “It is crucial that Ukrainian authorities demonstrated to the international community and people of Ukraine where Ukrainian authorities are present the rule of law will be applied”, – said Salil Shetty.

Amnesty International’s Secretary General is to visit Moscow next to talk with media and civilized society. Russian officials have not yet confirmed the readiness to meet them.