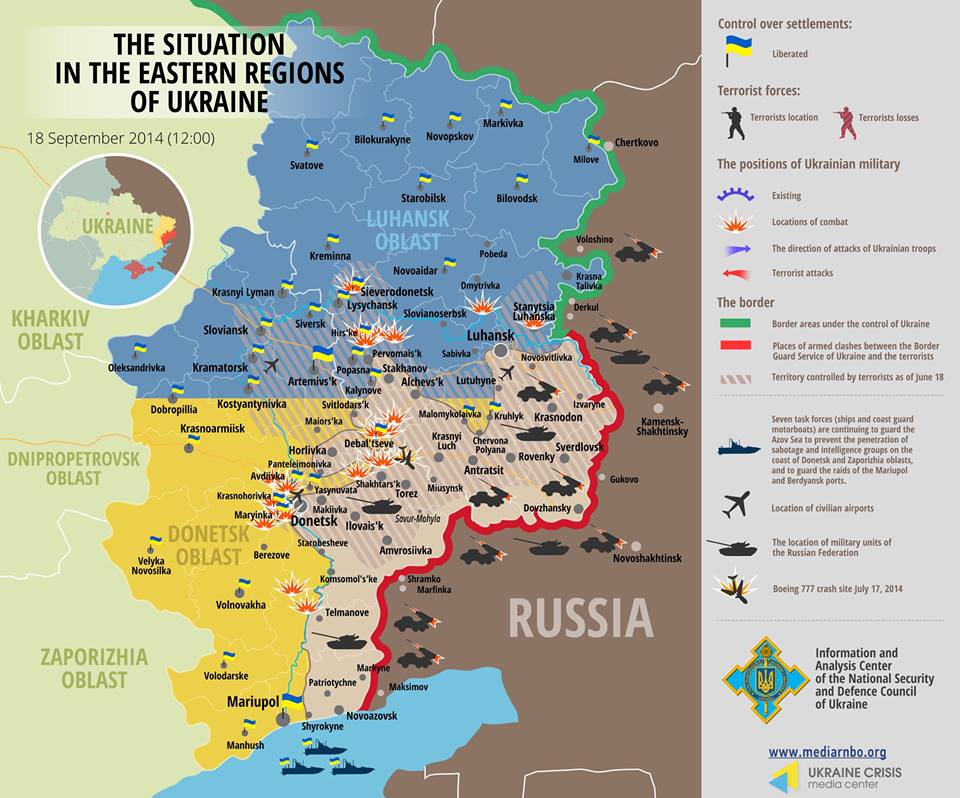 Due to terrorists’ bombardments the town of Shchastya suffered from serious destruction. It should be emphasized that in compliance with the articles of international conventions on rules and customs of was such bombardments of populated localities are qualified as war crime.

Andriy Lysenko also said that terrorists and Russian troops continue outshooting airport in Donetsk using automatic and artillery weapon, in the neighborhood of which many residential buildings had already been destroyed. In particular, during last 24 hours our subdivisions shattered one assault attempt and recorded 4 attacks with fire.

One rescue worker of the State Service of Ukraine for Emergency Situations died and 3 servicemen were wounded within last 24 hours.

Militants are regrouping themselves around Debaltseve town in Donetsk region and are settling their positions at the approaches to Fashchivka and Tsentralne in Luhansk region, as well as Kirovske in Donetsk region.

According to the information collected, in fact all the military subdivisions of the Russian Federation situated in northern part of occupied Crimea, consisting of 4000 servicemen from Armyansk, Krasnoperekopsk, Dzhankoy, Voyinske, Azovske populated localities, were moved towards administrative border with mainland part of Ukraine with all the equipment and ammunition and located in small tactic groups from Karnikitska bay to Arabatska sandspit.

NATO official representative Oana Lungesku stated that the intention of Russia to conduct full-fledged deployment of Russian troops   in the Crimean peninsula will aggravate tension in the region and undermine the existing armistice.

According to Lysenko, air reconnaissance using pilotless aircrafts continues on the side of the Russian troops. During 24 hours border guards recorded 3 cases of this kind.  One pilotless aircrafts was observed near Mariupol and two drones on the administrative border with temporarily occupied Crimea.