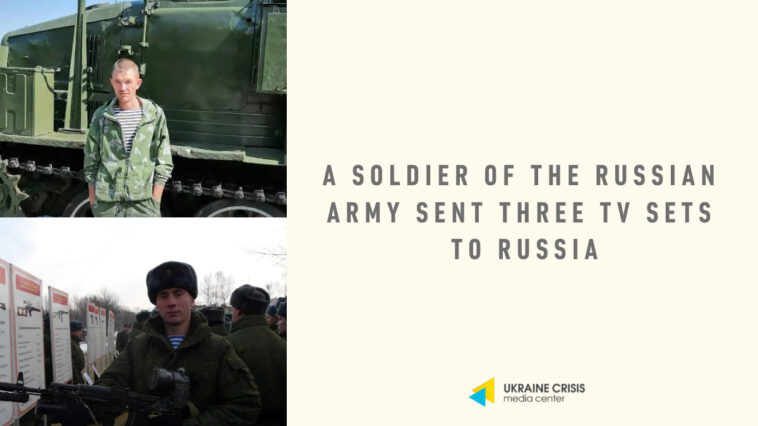 Three TV sets were sent home by a looter-soldier of the Russian army Shchukovsky Yuri Alexandrovich, a native of Ussuriysk, from the Belarusian city of Mozyr through the courier service SDEK — Minister of Digital Transformation of Ukraine Mykhailo Fedorov.

“Imagine, this is almost 10 thousand km. away. Four air conditioners to the same city were sent by the Russian looter Stepanov Nikolay Nikolaevich (a photo on the left).

And looter Shchebenkov Vadym Alexandrovich (photo on the right) sent as much as 106.1 kg of clothes to his hometown Cheta. … There are thousands of them. But they did not take into account one thing – modern technology allows you to restore everything.

It was the property of peaceful Ukrainian families. Ukrainians will restore everything and build the best country, and the looters will rot in their Mordor” — wrote the minister.