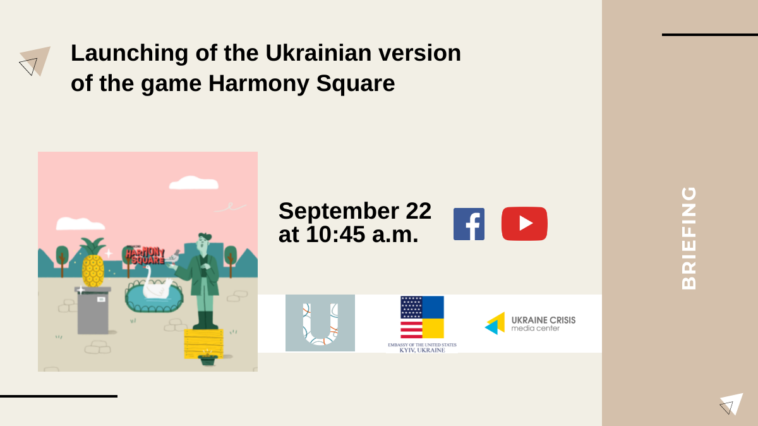 Harmony Square is an online-game about fake news. The game’s setting is the idyllic Harmony Square, a small neighborhood mildly obsessed with democracy. The player is hired as Chief Disinformation Officer. Over the course of 4 short levels, his/her job is to disturb the square’s peace and quiet by fomenting internal divisions and pitting its residents against each other.

The goal of the game is to expose the tactics and manipulation techniques that are used to mislead people, build up a following, or exploit societal tensions for political purposes. Harmony Square works as a psychological “vaccine” against disinformation: playing it builds cognitive resistance against common forms of manipulation that you may encounter online.

Harmony Square was written with an audience in mind of ages 15 and up. While the game does contain some references to real-world events, its scenarios are entirely fictional. Effort has been made to make the game as inclusive as possible, and it can be enjoyed by players from all backgrounds.

The Ukrainian language version is seventeenth. Humor and allusions has been adapted to the local context.

The project is supported by the U.S. Embassy in Ukraine. The views of the authors do not necessarily reflect the official position of the U.S. Government.