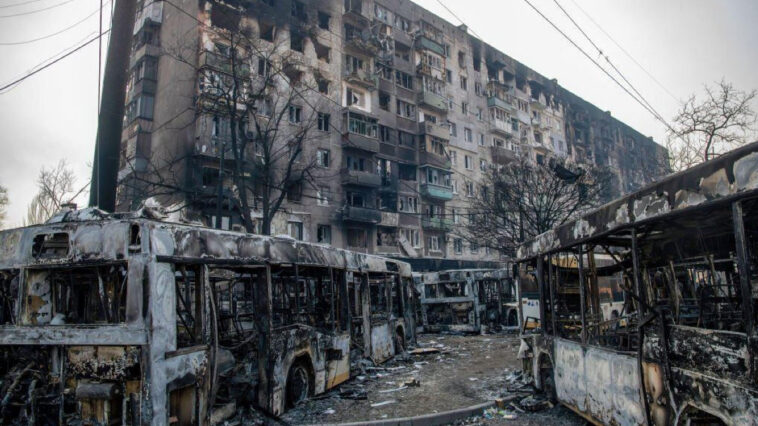 The sounds of artillery shelling or bombing can be heard from all areas. Even on the outskirts of the Left Bank neighborhood (eastern part of the city) and the center (west). the Battle for Mariupol is in full swing and the occupiers have no significant progress inside the city.

This was announced today, April 9, by Petro Andryushchenko, adviser to the mayor of Mariupol, in Telegram.

Mobile crematoriums and cleansing. The occupiers continue to take away the bodies of the dead from the streets. The crematorium works in the industrial zone on the Nikolske highway in the area of ​​”Metro” hypermarket. The occupiers use large industrial warehouse refrigerators to store bodies. The cremation area is under heavy guard, which makes it virtually impossible to obtain visual confirmation from the inside.

Collaborationist pseudo-authorities do not show up. The exception is the appearance at the food distribution point in “Metro”. The main reason – fear. Thanks to Azov, the traitors are hidden in safe for them places.

Deportation and propaganda. The occupiers are widely spreading information through Viber groups and telegram channels about the “gentle” attitude and meeting of “Russia with the brotherly embrace”. In Taganrog, deportees are given 10 thousand rubles and the choice of Russian regions to settle. All regions are economically depressed. At the same time, the level of filtration is increasing. All adults, regardless of gender, are subject to cruel filtering. According to the information from the local authorities, about 5 percent can’t get filtered because of the pro-Ukrainian position, these people just disappear. The Ukrainian authorities are currently actively working to establish their whereabouts.