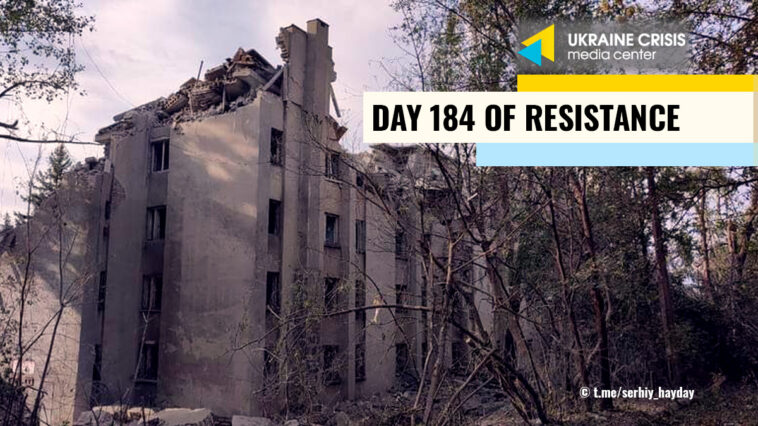 The Zaporizhzhia nuclear power plant was reconnected to the Ukrainian power grid after one of the power units of the plant that was stopped on Thursday, was connected to the grid. Capacity was being added, Ukrainian state nuclear energy company Energoatom said.

The power unit was reconnected on Friday, August 26, at 2:04 p.m. The equipment and safety system operate as normal.

The Russian forces conduct final preparations to disconnect the nuclear station from the Ukrainian power grid, representative of Ukraine’s defense intelligence Vadym Skybytskyi said, as quoted by RBC Ukraine on Friday, August 26. The Russians are waiting for the right moment, he added.

“They have tested and set up everything. They have reconnected all transmission lines running from the Zaporizhzhia nuclear power plant toward Kakhovka and Melitopol. According to our data, at the end of July, they already tested the possibility of connecting the system to the Russian power grid,” Skybytskyi said.

“The Russians are determined to connect the Zaporizhzhia nuclear power plant to the Russian energy grid to fully supply Crimea with electricity. They planned it in the first half of August, but they did not succeed then,” he added.

Skybytskyi also commented on a deployment of the Russian troops and equipment at the plant.

“They use a nuclear power plant as a cover to deploy their troops there. They also intensely use the area around the plant and the city of Enerhodar to conduct strikes on the government-controlled territory. It is also easy to stage provocations both at the station and in Enerhodar from where they are stationed,” Skybytskyi said.

Ahead of IAEA visit to Zaporizhzhia power plant, Russians torture staff to silence them about risks

Agents of the Russian Security Service (FSB) torture Ukrainian staff at the Zaporizhzhia nuclear power plant to prevent them from telling UN safety inspectors about the risks at the site, The Telegraph said in a recent piece.

Serving and recently escaped workers describe an atmosphere of fear and intimidation. Multiple staff members had been arrested at home or on their way to work, an employee who spoke to The Telegraph said.

“We all worry about the possible visit of the IAEA representatives. That they will set up some provocations and then blame them on Ukraine. It feels like that’s exactly what they plan to do,” one engineer said.

The Russians plan to minimize the number of Ukrainian staff present at the station during the IAEA visit, the workers said.

“They grabbed our management by the balls: for the period of the visit, they plan to minimize the presence of our staff, and put a couple of their representatives in every control room, who will loudly shout how they were waiting for ‘liberation from the Kyiv regime’,” he went on.

The Ukrainian troops launched a missile strike on occupied Kadiyivka, in Luhansk region, and took out about 200 Russian paratroopers stationed in the “Donbas” hotel, head of the Luhansk regional military administration Serhiy Hayday said. The Russian forces have used the hotel as their base since 2014, he added. The Russians say that the Ukrainian troops launched 10 missiles from HIMARS systems on Kadiyivka on the morning of August 26.

Since the full-scale invasion, Russia has lost about 46,250 soldiers, of which 400 in the past day, the General Staff of the Ukrainian Armed Forces said. The Russian forces took the heaviest losses on the Donetsk axis. 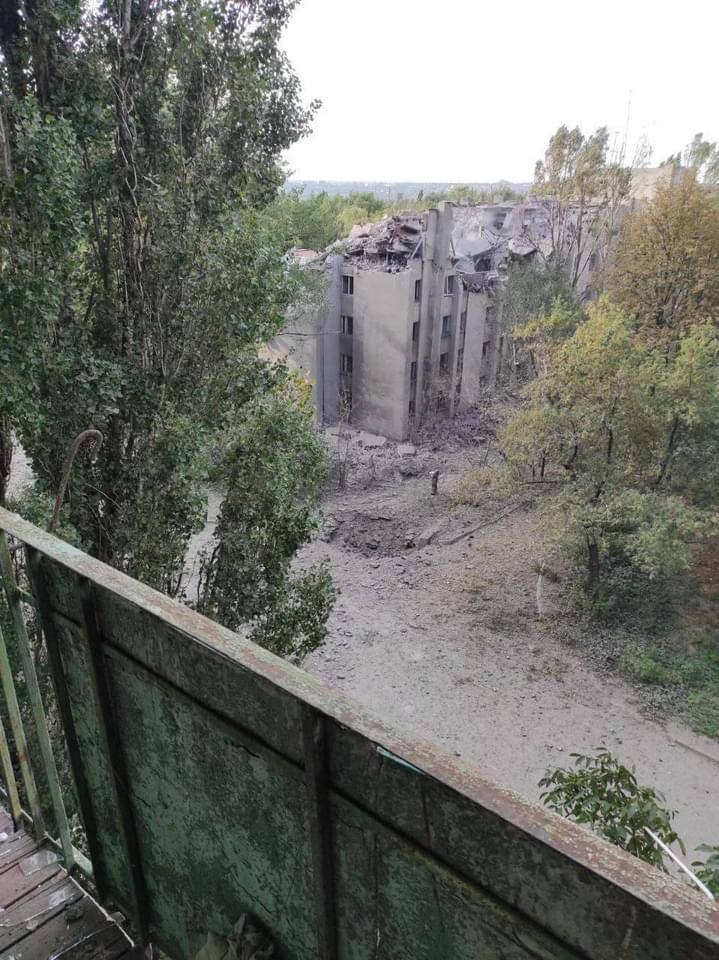 The Ukrainian troops launched strikes on the Daryivskyi bridge across the Inhulets river, and attacked with Mi-8 helicopters a Russian military site near Vysokopillya, Operational Command South (Pivden) said.

Following a Ukrainian strike on the Daryivskyi bridge, the Russian forces stopped using the bridge, the Operational Command South added.

The Ukrainian troops took out at least 27 Russian soldiers and destroyed a 120-mm mortar.

Life on ruins. How Canadian volunteers help Ukrainians to survive the winter. Ukraine in Flames #169

Despite the territorial remoteness, Canadian volunteers stand for Ukraine and keep helping Ukrainians to return to normal life after the Russian occupation. Watch Ukraine in Flames #169 to know how Canadians show solidarity with Ukraine and provide Ukrainians with food, water and help to get ready for the heating season.