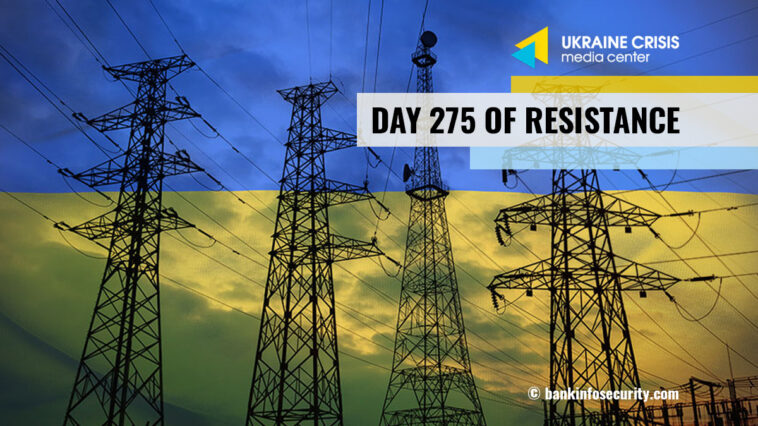 The Ukrainian power grid continues to face a 30 per cent electricity shortage, the national energy company Ukrenergo said based on data available as of 7 p.m. on Friday, November 25.

Power continues to be gradually restored. Repair teams work around the clock, Ukrenergo said. They also continue to restore power to residential consumers.

“On the morning [of Friday, November 25], Ukrenergo’s dispatch center set limits on the amount of power that regional energy companies can distribute during the day to balance the system,” the company said.

Regional energy companies determine the schedule of power outages. The grid capacity is enough to rotate the outages across the regions and in Kyiv so that the customers are affected in a fair and equitable way, Ukrenergo added.

On Wednesday, all Ukrainian nuclear power plants were disconnected from the national electricity grid in response to the Russian strikes. They were supposed to be reconnected by the end of the day on Thursday to reduce capacity shortage in the grid.

Kherson to be powered in test mode Saturday

“We continue to work despite extreme difficulties. Ukraine’s power grid is in a difficult state. As soon as the Pivdennoukrayinsk nuclear power plant gets back to normal operations, the houses of the Kherson residents will begin to have power restored,” the chair of the board of Khersonoblenergo Ihor Safronov said.

The company will have to restrict power supply and use a reserve power line with limited capacity after the main power sources were destroyed.

“Critical infrastructure facilities, including water supply facilities and hospitals, will be given priority. We would ask for understanding,” Safronov said.

Repair works continue to restore an overhead power line that feeds the water pipeline Dnipro-Mykolayiv and supplies drinking water to Mykolayiv, he added.

Ukrainians are known for outstanding skills in self-organization. Watch Ukraine in flames #260 to see how locals mobilized to help their territorial defence units first, and then the army and internally displaced people after the start of Russia’s large-scale invasion.