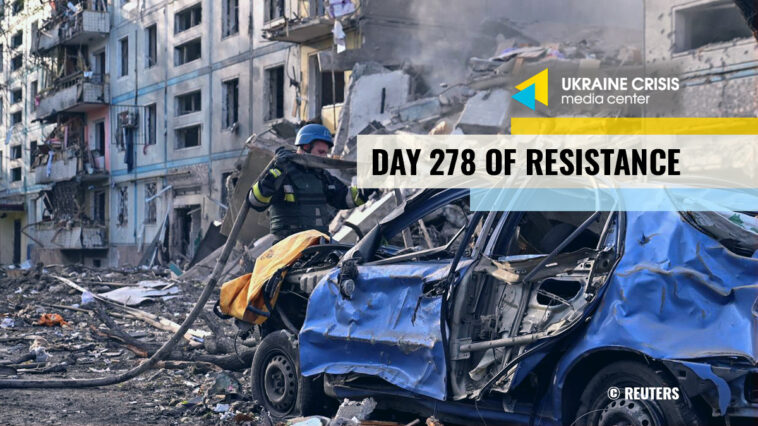 Russia has launched more than 16,000 missile strikes at Ukraine since the start of the invasion, Ukrainian Defense Minister Oleksiy Reznikov said on Twitter. The majority of the strikes — 97% of them, were aimed at civilian targets, he said on Twitter.

Estonia, Finland, Iceland, Latvia, Lithuania, Norway, Sweden further reaffirmed their economic, military, and humanitarian support for Ukraine, and vowed to step up the sanctions against Russia, the ministers said in a joint statement on the visit to Kyiv on Monday.

“Since the beginning of Russia’s full-scale invasion, the Nordic and Baltic states have provided substantial political, economic, military and humanitarian support to Ukraine. We will continue working together in providing political and practical support to ensure Ukraine’s ability to defend its independence and territorial integrity,” the statement reads.

The Baltic and Nordic countries will never recognize the illegal attempted annexation of Ukraine’s territories, including Crimea, the Ministers said in the statement. They also reaffirmed their joint efforts aimed at achieving de-occupation of Crimea.

Kherson Liberated: life after occupation on a frontline. Ukraine in Flames #262