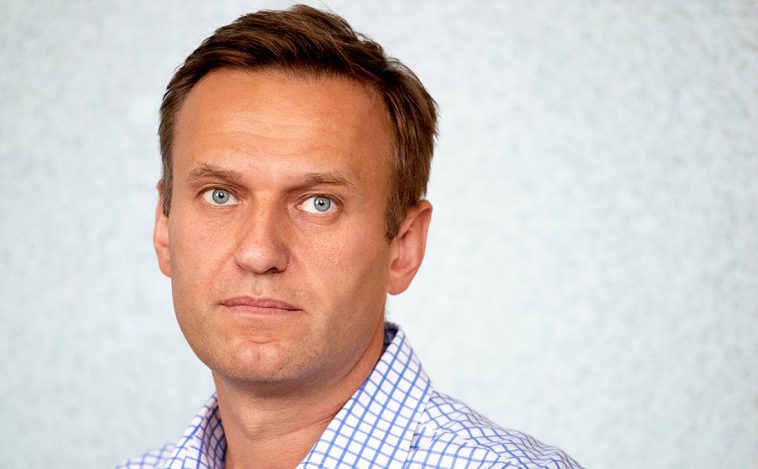 Poisoning of Russian politician and anti-corruption activist Alexey Navalny, his evacuation to Germany for treatment and subsequent allegations that Kremlin used “Novichok” nerve agent in this attack became a subject of ongoing disinformation campaign.  Kremlin officials, pro-government experts and state-controlled media offer an array of explanations, more often than not contradictory. A suggestion that there was no poisoning at all and Navalny’s doctor assisted him in faking the symptoms, an argument that he was possibly poisoned but not with “Novichok”, a theory voiced by Putin that “Novichok” was indeed involved  and the activist has somehow ingested it himself – all of these claims represent a textbook example of Russian disinformation campaign.

Flooding media space with conflicting messages to ensure chaos equates valid voices with absurdity  in which audiences become increasingly mistrustful to anything has been applied before. The most notorious examples include MH17 tragedy, which was marked by a highest spike in activity of Russian trolls, to Skripal poisoning. Parallels with the second case are especially evident, given the use of the same nerve agent. They do not escape Moscow’s attention as well, as it attempts to employ them first and accuse the West of mishandling and weaponizing the case in the same manner it, according to Kremlin, did with Salisbury.

Key messages center on alleged “Russophobia” behind the demands to investigate Navalny case and presumed pragmatic interest behind these demands – state-controlled media insists Germany misuses the issue as an excuse for sabotaging Nord Stream 2 project. Organization for the Prohibition of Chemical Weapons (OPCW), to which biomedical samples have been directed for examination, is also pictured as a prejudiced anti-Russian body in attempts to preemptively discredit its conclusions. Kremlin typically adopts this approach in critical situations such as MH17 case, where it became dedicated to portraying Joint Investigation Group as biased and determined not to establish the truth but to ascribe blame to Russia.

Shifting the Blame and Encouraging Ambiguity

Another anti-Western spin to this campaign also shifts the responsibility, insisting that attack on Navalny was a carefully orchestrated provocation. This theory is built on the assumption that the activist was poisoned in an attempt to cause mass protests in Russia and destabilize the government from within. While Moscow insists it bears no responsibility for the incident and claims that a third party was involved, it is careful not to be overly specific in its accusations which remain rather vague. The overall rhetoric focuses on nameless “script-writers” behind the story, which fits the broader framework of promoting conspiracy theories as one of Kremlin’s favorite tools. Aimed at sawing mistrust and confusion, it results in overwhelming belief that anyone could be responsible for the attack – tactic which was used as well after poisoning Sergey and Yulia Skripal and led to 56% of Russians convinced that “anyone” could have done it. It is likely that numbers would be similar in Navalny case as well.

Another direction of information attacks focuses on Navalny itself. He has been ridiculed and accused of being “a regular mischief maker” by Putin, who added that Navalny has faked health problems before. Such an approach undermines trust to the case and implies activist’s anti-corruption initiatives as well as criticism of Kremlin are not potent enough to go through the trouble of poisoning him. Sergey Skripal has also been labeled as a “homeless man” that Russian regime has no interest in. Famous for “Anti-Corruption Fund” (ACF), he and his team repeatedly create trouble for the economically declining regime soaked with corruption – and Kremlin retaliates by insisting ACF is a Western agent of influence set to discredit the government.

Accusations of serving at the best interest of foreign actors, usually Washington, are a long established narrative on what remains of opposition in Russia, which has been at play since 2012. Government consistently imposes new legislative limitations on civic society and any initiatives that might threaten credibility of the regime, accompanying these limitations with media smear campaigns against malign “foreign influence”.  It is possible to assume that Kremlin will use the case to further pursue this course of action after massive fraud in plebiscite for Constitutional amendments, protests in Khabarovsk and overall declining approval for Putin, which is bound to raise more public criticism.