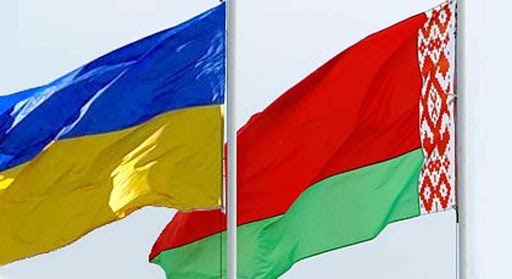 This week, tensions between Belarus and Ukraine flared up. In response to Ukraine joining the EU sanctions on Belarus, Lukashenko’s administration rolled out a list of Ukraine officials subject to sanctions as well as summoned the Ukraine Ambassador and handed him a note. What’s happening between Ukraine and Belarus? Read on.

Belarus imposes sanctions on Ukrainian officials and summons ambassador. The list of persons subject to restrictive measures is an “adequate response” to Ukraine’s move to join the EU sanctions against Belarusian officials, Belarusian Foreign Affairs Minister Vladimir Makei was quoted as saying at a joint press briefing with the Russian foreign affairs chief Sergei Lavrov, on November 26.

Makei noted that by joining the EU sanctions against Belarus, Ukraine made a hostile move, allegedly at the order of the West.

On November 26, a note was handed to Ukraine’s Ambassador to Belarus Ihor Kyzym. Belarus thus channeled “a decisive protest against a series of anti-Belarusian rallies targeting the Embassy of Belarus in Ukraine.” It, particularly, demanded “due security to the diplomatic mission in accordance with the Vienna Convention on Diplomatic Relations of April 18, 1961.”

The Ministry highlighted that Ukraine fully respects the Vienna Convention and guarantees security to foreign diplomatic missions in its territory.

“Our expectation is that the Belarusian side will also duly respect its international commitments not allowing for violations of the diplomatic immunity, like groundless checks on a diplomatic vehicle of the Ukrainian Ambassador to Belarus when crossing the state border,” the statement by the Foreign Affairs Ministry of Ukraine reads.

Belarus and Russia strengthen relations. Meanwhile, the self-proclaimed Belarus president Aleksander Lukashenko told the Foreign Affairs Minister of Russia Sergei Lavrov that he would like to intensify the “brotherly” relations with the Russian Federation.

“What we need to discuss is not a reboot, but intensification of our relations. (…) I want you to understand that, know that we are ready. (…) We would like to have not just good-neighborly relations, but very close, brotherly relations with the Russian Federation.”

“That’s not new. That’s what I have been always saying, but they have not always highlighted and confirmed it in Russia. Maybe, it was unwanted by some, but the time has proved that our close and friendly relations are inevitable,” Lukashenko was quoted as saying by the Telegram channel @Pul Pervogo.

He noted accordingly at a recent meeting attended by representatives of the president’s administration, National Assembly, Security Council, Foreign Affairs Ministry, and KGB.

“They see that they are failing in the streets, and protests are fading. What to do? They are getting concerned in those centers in Poland, Ukraine, and Lithuania. What to do next? It can all fade out, while they need to hold on till the warm days, as if the warm days will raise them. Without succeeding in the streets, they took to the courtyards. Tomorrow they will come to your homes. In the courtyards, they will fail either,” Lukashenko said.

EU imposes sanctions on Lukashenko. Meanwhile, on November 26, MEPs supported a provisional resolution on the continuous violations of human rights in Belarus, in particular the murder of Raman Bandarenka.

The resolution was passed 613-41, with 35 MEPs abstaining. It brings up the demand for prompt, thorough, impartial and independent investigations into Raman Bandarenka’s death and the protest-related deaths of Alyaksandr Taraykouski, Alexander Vikhor, Artsyom Parukou, Gennady Shutov and Konstantin Shishmakov.

The resolution calls on the EU to lend support to an international investigation of the crimes perpetrated by the Lukashenko regime against the people of Belarus.

The document “welcomes the Council’s decision to work on a third package of sanctions aimed at firms and oligarchs with ties to the Lukashenka regime” highlighting that “actions taken so far by the EU and the Member States against the Lukashenka regime are insufficient”, as well as “calls for a credible enlargement of the EU sanctions list.”

The resolution calls for “a complete freeze on all EU fund transfers, including loans from the European Investment Bank, European Bank for Reconstruction and Development and others, to the current Belarusian Government and state-controlled projects.”

To remind, in September, the European Parliament passed a resolution on Belarus recognizing the Coordination Council as an interim representation of the Belarus people.

On November 19, foreign ministers of the EU member states agreed to start preparations for the next round of sanctions against Lukashenko’s regime. New restrictive measures are to be made ready in late November or early December.

Elections and protests in Belarus: the timeline. The presidential election in Belarus was held on August 9. The official count gave Lukashenko 80.1 per cent of votes, and 10.1 per cent to his chief opponent Sviatlana Tsikhanouskaya.

Protests erupted after the results were announced. Law enforcement agents arrest the protesters and use force at them. Dozens of politically motivated cases were started against the dissent.

The European Union did not recognize the election results, imposing sanctions on the Belarusian officials responsible for rigging the vote and violently suppressing the dissent.