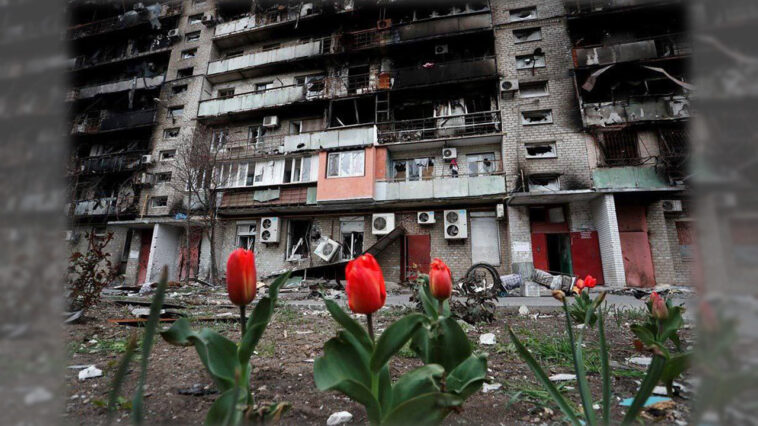 April 24th was exactly 2 months since russia had begun its full-scale invasion into Ukriane. This date coincided with the celebration of Easter according to Julian calendar (it is a religious the calendar used by Orthodox and Greek-Catholics in Ukraine). This religious holiday did not stop the “highly spiritual russian people” from shelling the peaceful cities throughout the territory of Ukraine.

Indeed, two months is a long time. Today we have a chance to look at the findings we discovered during these two long months.

1. They will not stop

If before February 24 everyone had doubts about how far Russia wants to go in its crazy fantasies of resurrecting soviet union, today it became completely clear that russia will not stop and will go as far as we will allow it to go.

Russia doesn’t care about international law, territorial integrity, democracy and independence of other states. It could care less about common sense and laws of humanity. It’s a terrorist country which only understands the language of force and is driven exclusively by its delusional ideas of conquering and occupation.

Russian reasoning of waging wars is not based on resources or territories. They fight for their militaristic ideology and desire to restore an empire, which they think Ukraine is a part of. Their claims keep expanding, we hear them talk about invading the Baltic states, Poland and even Finland. I know that this sounds insane but, as they would say in Israel, “if someone promises to kill you – believe them”.

2. Russia is strong only when the rest of the world is weak

This is good news which became apparent during these two months. The praised “second army in the world” turned out to be badly motivated, poorly armed and unprofessional in combat. Their “indestructible” and “unsinkable” military vehicles and ships burn, fall and sink. Their threatening soldiers easily shoot at humanitarian convoys and civilians with their hands tied. Moreover they frequently surrender to Ukrainian forces and beg for pity.

Russian bravado with which they threatened so many countries for decades is now bursting in front of our eyes. And the world starts realizing that this army can and SHOULD be crushed.

A very important conclusion from the two months of war is that Ukraine and russia don’t want to make peace. We don’t want to capitulate, please don’t invite us to joint conferences, art residencies, don’t put us in the same hall at the festivals, don’t try to make us participate in reconciliatory religious marches, etc.

Ukraine CAN NOT make peace with russia or surrender.  We Ukrainians just don’t have that option! If we capitulate or give up parts of our territory we will loose our country and betray our countrymen, who will be terrorized, tortured, starved and humiliated by russians until they die.

We remember really well what russia did in our land during the soviet occupation. This is exactly what russians continue to do now on temporarily occupied territories of Ukraine.

They forcefully deport our children to camps, force-teach them a different language and a different history. They torture our activists and officials, they rape our women and children, steal the food and the grain from farmers. They forcefully mobilize Ukrainians to fight against our own troops, and they create an artificial blockade of Mariupol.

All of the above are crimes against humanity and their existence leaves Ukraine no other option but fight and WIN!

The loss of our country one hundred years ago resulted in millions of victims, repressions and cultural terrorism.

Ukraine will not surrender! This has to finally be understood by politicians in some beautiful European offices who want to continue living like they did before, and not hope that they can simply “feed” our country to the russian monster.

Ukrainians had come to terms with this and it is paramount that the world also realized this, – russia is a threat to global peace. All the money that Europe is paying russia for any goods or services can be considered sponsorship of global terrorism. And neither gas prices, talks about “promises to voters” nor national strategies cannot change the fact that the sanctions against russia have to expand, deepen and be kept in place until russia can keep its regime and support its power apparatus.

Everyone in the world who is worried about the increase in gas prices will have to understand that today it’s a compulsory measure which can prevent much bigger problems and tragedies. By isolating russia today we keep the peace, civilization, democracy and the free world.

The thought of cultural isolation is understandably quite radical for the free world. BUT I write time and again that precisely Russian culture is the foundation of Russian ideology. All russia’s wars are always ideological. It’s an alternative story transmitted by putin, “russian world” which is worth killing Ukrainians who don’t want to be part of it. The above mentioned facts are the consequence of the image formed in the course of centuries. An image that russians are “chosen by God” and his “special” journey closely attached to permissiveness.

In soviet union the culture was always part of the propaganda. The modern russian culture model has not changed a bit since then. Expositions, concerts, festivals were always a screen for aggression, terrorism, military extasy.

6. We have to be ready to fight until we win

After two months of intense military action one gradually realizes that this war could be a long one. The Ukrainian lightning-fast energy burst, which astonished the world in the beginning of this war is no longer enough. Special skills of winning a long exhausting marathon are to be acquired. Ukrainians don’t doubt their victory and dream about it every day. We already started training our stress resistance, resourcefulness, endurance, optimism and critical thinking.

We all have to rebuild our best skills and knowledge for the war time. In order to let our country benefit from our skills as much as possible. We believe in our army and all of our defenders. It is them who are our guardian angels, ready to give their lives for our freedom and independence. For our children and peaceful sleep. What can be more important today than that the whole world also starts believing in the Ukrainian army and did the best they could to help it.

We are sincerely grateful to all the countries who welcome our refugees and donate so much humanitarian aid to us. It is very important and oh so needed! Nevertheless, if nobody helps the Ukrainian army with arms, our women and children would not be able to return to their husbands and their homes. If this happens, the humanitarian catastrophe will severely worsen.

We desperately need the help of the whole world to de-occupy our territories as russian soldiers perpetrate genocide of Ukrainians everywhere they managed to advance. Mariupol, Kherson, Zaporizhia, Donetsk, Lugansk regions are suffering the most. There various atrocities are committed.

This point does not need an explanation but still needs as much global help as possible. Because today we fight for the whole world which wants to live freely and happily.