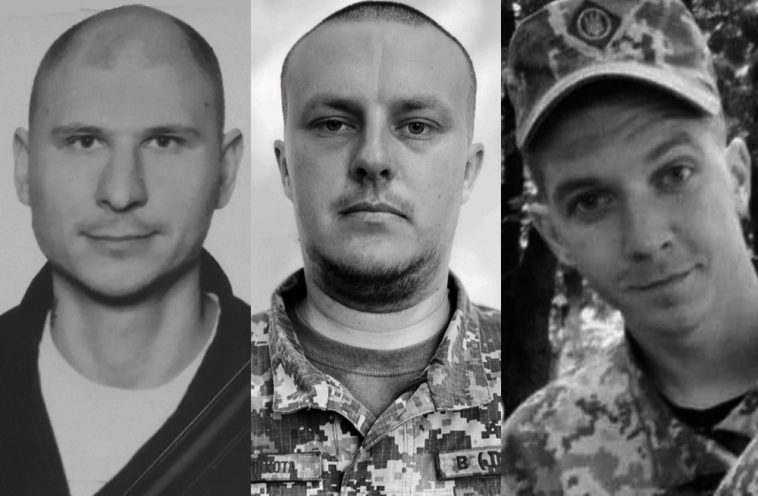 Three Ukrainian soldiers died as a result of hostilities in January 2021. Oleg Andrienko was from Zaporizhzhia and Oleksandr Otrepyev was from a village in Mykolayiv region. They died defending their country in Donetsk region. Roman Dziubenko died in his native Luhansk region. All three fell victim to Russian snipers.

Also during the first month of the year, ten servicemen of the Armed Forces received combat wounds.

He was mobilized in March 2016 and later signed a contract and remained in the army.

He served in the paratroopers, marines, and in reconnaissance. And in the spring of 2020 he joined the 37th separate motorized infantry battalion “Zaporizhzhia” of the 56th brigade of the Armed Forces.

His son was born in summer of 2020. For Oleg and his wife, Timur was a very desirable and expected child – the couple was waiting for the firstborn for 13 years.

Happy father spent the New Year holidays with his loved ones. And then returned to the front.

On January 11, near the village of Pisky near Donetsk, Russian occupation forces violated the “full and comprehensive ceasefire regime” again by shelling Ukrainian positions. The bullet of the enemy sniper did not leave Oleg a chance. He became the first soldier to die in 2021.

According to the Return Alive Foundation, Russian mercenaries had previously dismantled surveillance cameras installed by volunteers on the line of contact.

Oleg Andrienko was buried in Zaporizhia.

He is survived by his mother, wife and a toddler son.

First seamen Oleksandr was born on July 28, 1992 in the village of Priyut, Mykolayiv region.

He served for a year and a half in the 36th Separate Marine Brigade of the Navy of the Armed Forces of Ukraine as the gunner of the Marine Battalion.

According to colleagues, Sasha was honest and hardworking. And he loved dogs very much. He nursed a puppy found in the field back to life, and the dog followed him for days afterwards.

On the evening of January 21, fighter Otrepyev took up his post between the villages of Gnutovo and Vodiane in the south of Donetsk region. He was watching the enemy remotely from the tablet to which the thermal imager was connected. Like other fighters, he wore all the necessary personal protective equipment – everyone in the position was well aware that they were being hunted by enemy snipers, so they even had deep chances in “armor” and helmets.

“These are trained militants – a specialist with good qualified weapons, with good optics that allows you to work in bad weather or in the dark – the shot was from a long distance,” – said the commander of a separate 36th Marine Brigade Andriy Hnatov.

The shot was fired in those few seconds when Sasha was removing the thermal imager. The bullet hit him in the neck.

His mother and younger brother remain behind.

26-year-old Roman fought for his native Luhansk region – he was from a frontline village of Vilkhove, which is now a temporarily occupied territory.

Junior sergeant, serviceman of the 92nd separate mechanized brigade of the Armed Forces of Ukraine.

On January 26 an enemy sniper shot Roman in the head near Novooleksandrivka, Luhansk region.

Despite a serious injury, Roman fought hard for his life. Military medics managed to stabilize him and take him to a military hospital in Chasov Yar. Due to the serious condition, it was impossible to transport the soldier further.

Unfortunately, the efforts of paramedics and doctors were in vain. Four days after the injury, on the morning of January 30, Roman died.

He loved his wife very much and, like Oleg Andrienko, Roman Dzyubenko had a young son, also born in the summer of 2020. On January 24 the boy turned six months old.

He was survived also by his mother and brother.