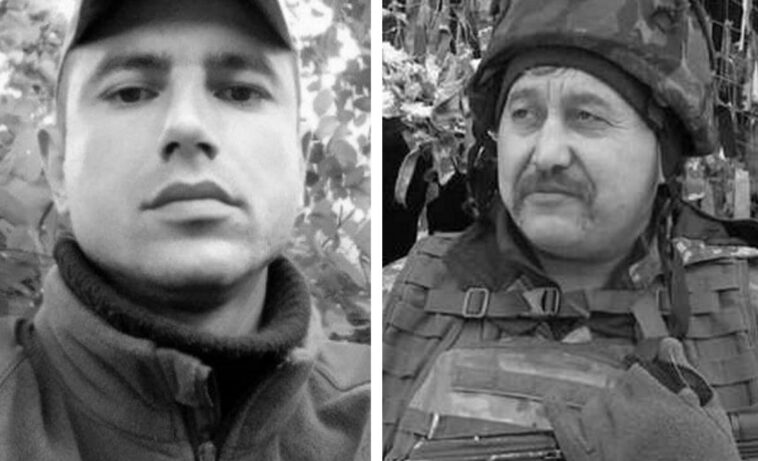 Two Ukrainian soldiers were killed in the hostilities in Donbas in October 2021: Heorhii Khalikov from the 93rd mechanized brigade and Viktor Rachuhin from the 17th tank brigade. The former – in an artillery attack in the Donetsk region, the latter – as a result of a bullet wound in the Luhansk region. 51 and 36 years old. Sergeant and senior soldier.

Another 23 servicemen received injuries of various degrees of severity.

There seem to be fewer casualties in October than in the previous month. However, the number of shelling attacks has increased significantly, especially from heavy weapons banned by the Minsk agreements.

51-year-old Heorhii Zhurovych, also known as Uncle Zhora, was not only a comrade for his fellow officers but also a mentor who would always come to the rescue, give tips and advice. Many soldiers who went to war without combat experience remember with gratitude the teachings of the experienced soldier. He took care of the rookies in the fiercest battles. Because he himself fought almost across the entire front line.

Heorhii Khalikov was born on March 24, 1970, in the village of Berezyne, Bolhrad district, Odesa region. He lived there most of his life. After military service he remained to serve as a warrant officer in the local military unit, later he held the position of senior warrant officer in the Tarutyn regional department of the Ministry of Internal Affairs. He got married and had three sons… When his wife died, Heorhii took this loss hard.

In the last years before the war, he lived in the Poltava region, in the village of Tyshchenky, Shyshak district.

Having an extensive military background, Heorhii volunteered for war. In 2016, he signed a contract with the Armed Forces.

Heorhii’s sister, Svitlana, who lives in a nearby village, admits that his relatives had repeatedly hinted to him: enough of fighting, it’s time to rest, to live a civilian life. But Zhora would not hear of it. He said he would return only after the victory.

The command called Heorhii Khalikov untraceable: they said it was impossible to meet him at the staff headquarters – he was always on the front line. And when the fighter with 27 years of experience in the rank of a warrant officer was given a new rank of a sergeant in early 2019, the battalion commander had to literally “search” for the fighter on the frontline.

On October 26, the Russian military fired from howitzer artillery on the Ukrainian Armed Forces positions near Hranitne in the Donetsk region.

Uncle Zhora gave two comrades cover but sustained shrapnel wounds himself. Despite the attempts to save him, serious injuries left the 51-year-old soldier no chance of survival.

He was buried in Berezyne near his parents’ graves.

Heorhii is survived by three sons. The second son has also been serving in the east for several years. For the last year, he and his father served in the same unit…

Viktor Rachuhin was born on January 31, 1985, in Zaporizhzhia. He received a vocational secondary education, worked within his specialty. He got married and had a beloved son.

Family life did not work out – Viktor’s wife left him with the child, and since then the father raised his son by himself. And then he fell in love again with an employee of the 25th Separate Sicheslavska Airborne Brigade Svitlana. She also found common ground with Viktor’s son, so a new family was about to be born.

In March 2021, Rachuhin signed a contract for service in the Armed Forces of Ukraine.

“Calm and polite, experienced fighter who was competent in the military art,” the platoon commander, senior lieutenant Maxym Zhuravel said about the deceased. “He was caring, he did not look down upon other soldiers. This earned his authority. He always helped the soldiers on the front line, was always thoughtful.”

On November 15, Viktor was to go on annual leave… if his life had not been cut short by an enemy bullet. It happened on October 27, when Russian hybrid forces fired at the positions of the Armed Forces of Ukraine in the Novotoshkivske area from small arms.

Viktor Rachuhin was buried in Zaporizhzhia, at St. Nicholas cemetery in Upper Khortytsia.

His mother, sister, and son remain behind.