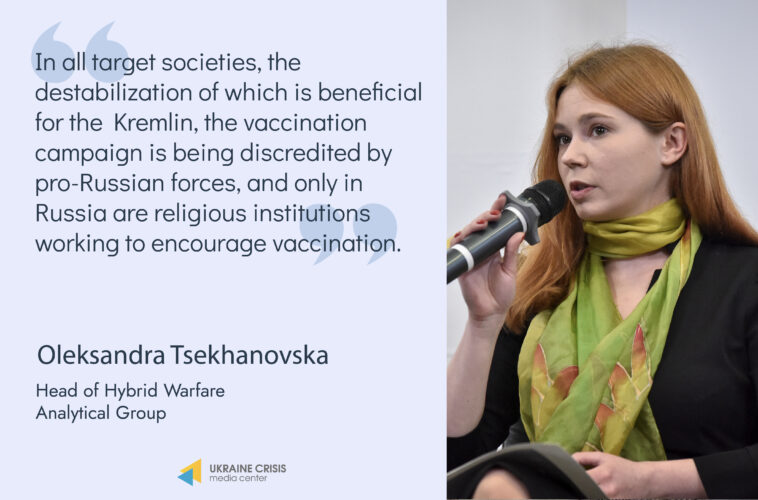 According to Tsekhanovska, the influence of UOCMP in Ukraine is unquestionable: it has had the most number of parishes and owned more media than any other orthodox church.

The difference between the ROC and UOCMP’s approaches to vaccination is quite noticeable: while ROC encourages vaccination in every way, the UOCMP denies the necessity for it. Moreover, it takes active steps to undermine the campaign.

“In all target societies, the destabilization of which is beneficial for the Kremlin, the vaccination campaign is being discredited, and only in Russia are religious institutions working to encourage vaccination,” underlined the expert.

The Fourth Kharkiv International Security Forum was traditionally supported by the Kharkiv Office of the Konrad Adenauer Foundation and Maidan Monitoring Information Center.