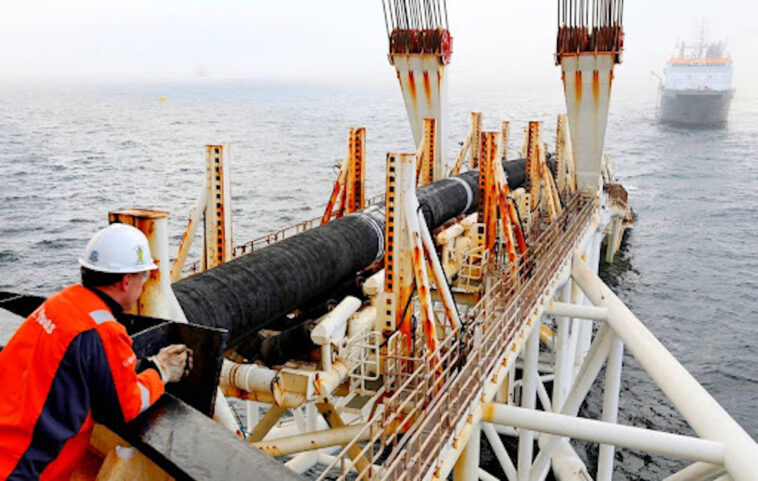 In an assessment provided to Germany’s energy regulator, the Federal Ministry for Economic Affairs and Energy said certification of the operator of Nord Stream 2 would not threaten security of gas supply to Germany and other EU member states. Views from Ukraine suggest that after the pipeline goes into operation, reliance on gas supplied by Nord Stream 2 will become critical for Germany and the EU. Here’s why.

Germany’s Federal Ministry for Economic Affairs and Energy concluded that the Nord Stream 2 pipeline is no threat to secure gas supply to Germany and the EU. The Ministry sent its assessment to the German regulator, the Federal Network Agency that is considering an application for certification by the project operator Nord Stream 2 AG.

“We are saddened over the decision by the German authority, Naftogaz, a company that is directly involved in the process, has provided its position. We will provide our position to the German partners. We will ask them not to make hasty decisions on Nord Stream 2, without detailed analysis, and will work with them on that,” Kuleba said in an online news conference on Wednesday.

No matter how quick the German regulator is, participation of the European Commission is key, the Minister added.

“Our final goal is that Nord Stream 2 applies all standards of the third energy package,” Kuleba said.

Naftogaz: Ukraine not involved in consultations. It is unfortunate that Germany’s Federal Ministry for Economic Affairs and Energy did not consult with Ukraine over assessment of threats to security of gas transit to the EU posed by Nord Stream 2, said Chairman of the Board at Naftogaz Ukraine Yuriy Vitrenko in a Facebook post.

The Ministry said it had consulted with a number of countries, and Ukraine was not listed. Ukraine is one of the EU’s major gas transit countries, Vitrenko added.

“Certification of the Nord Stream 2 project operator without unbundling from Gazprom and without access to export gas pipelines running from Russia to the EU for independent third parties, is a critical threat to security of gas supplies to Germany and the EU,” Vitrenko said.

“Gazprom has artificially limited gas supply to Europe. For those who still doubt that (Russia uses) blackmail and gas as weapons, Putin publicly said: let Nord Stream 2 go into operation, and we’ll supply more gas,” the Chairman of the Board at Naftogaz said.

Risks for the EU as seen from Ukraine. When Nord Stream 2 goes into operation, Putin may stop the transit through Ukraine, Vitrenko said. It will make Germany and the EU dependent on gas supplied by Nord Stream 2. Unlike the Ukrainian gas transportation system, Nord Stream 2 has no reserve capacity or storage sites.

In a recent interview, advisor to the Minister of Energy Lana Zerkal did not rule out that the EU may fall for Russia’s gas blackmail and greenlight the operation of Nord Stream 2 without certification of the project operator. Ukraine wants to be part of the solution, it has offered a 50 per cent discount for shipping gas to Europe, Zerkal said.

“The gas crisis revealed two categories of the countries. Those in the first one try to make use of the situation only to their own benefit, and put pressure on their neighbors. There is no need to remind who they are. Others have decided to work together to put out the fire and help each other overcome the crisis. Unlike that of Russia, Ukraine’s interest is transparent and efficient energy sector on the continent,” Zerkal said.

“We have a chance to prove that these are not just statements. We can offer a solution: special conditions on additional supply of Russian gas to the EU this winter. We are well equipped for that, as we can deliver additional 55 billion cubic meters of gas to Europe annually. We actually offer how to supply the EU with gas without Nord Stream 2 going into operation,” the advisor to the Minister of Energy proceeded.

“That is a responsible move in the first place. We offer capacity of our gas transportation system, and demonstrate willingness to get involved in order to to solve the crisis,” Zerkal said.