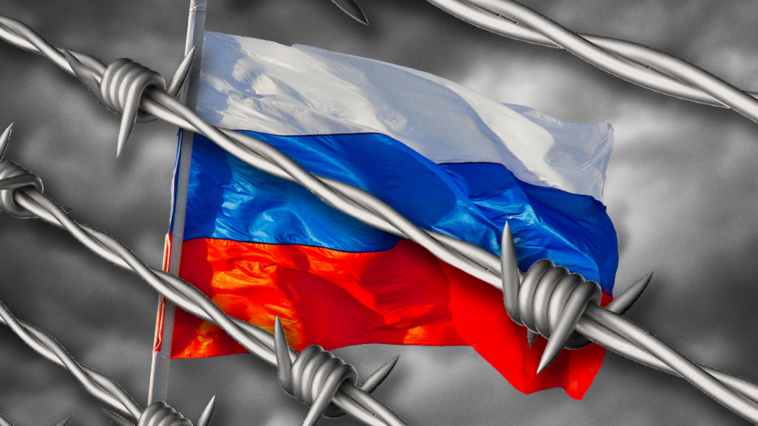 The discourse about good and bad russians should be channeled into a constructive line.

The Righteous cannot wait for the putin regime to be overthrown after losing the war, at the cost of thousands deaths of Ukrainian military and civilians. They must act now.

The Righteous have certain moral responsibilities and do not need public approval because their basic guidelines are their values and beliefs, rather than the wisdom of the crowd.

It took Moses 40 years to lead his people wandering through the wilderness. It was not because he could not find a road to the Promised Land but because it was a road of cleansing from slavery experiences.

Intellectuals have a duty to help the entire nation accept repentance, as well as to cleanse them of the temptation to avenge Ukraine and the world for the defeat. And this is a very promising picture of the future. However, if there is still anyone aspiring to “preserve the face of putin’s russia,” it will only provide a classic example for history textbooks illustrating the phrase “the road to hell is paved with good intentions.”

Since 2014, we have clearly had a tragic experience in these aspirations. Several active MEPs tried to convince the author of this column that if putin’s requirements about the russian language are met, and the language is introduced into the Constitution, he would not annex Crimea.

russian politicians who label themselves the opposition to the kremlin and who believe in a new democratic russia should accept the fact that they will not be able to come to power in fair and free elections after putin. It can be explained by the fact that the entire society of “exclusion” and internal emigration will not become a democratic society overnight, which is a society of participation in political and administrative processes.

The absolute majority of russians supported the war, whether actively or passively. You can break the lances over the debate on the verity of sociological data in the authoritarian regime but Ukrainians who have relatives in russia felt the tension in the attitudes the hard way. Can you imagine what the attitudes are among those russian citizens who do not have any personal or family ties with Ukraine?

In any competitive future election, russian society will seek historical defense for their position in the recent past. No repentance, and therefore no forgiveness in real justice.

russia will not be able to survive within their borders after the fall of the current regime. This state stayed afloat on the fear and the “strong hand.” Their collapse, or the separation of certain territorial ethnic strata, would be a natural consequence of the regime’s defeat.

Before that, there will be many more  Chicken speeches (the speech of US President George W. Bush delivered on August 1, 1991 in Kyiv, a few months before the referendum in Ukraine and 3 weeks before Ukraine’s independence from the Soviet Union), when world leaders will have more fear about the victory over the empire rather than start gradually supporting our legitimate and righteous struggle.

The russians were boiled like a toad in a slowly heated water, and Ukrainian people took to the streets every time the regime of a potential autocrat put a pan on fire. That is why, in reply to any claims about how difficult and risky it is to fight against the recent-time putin, I feel like asking why most of you never protested when it was still possible to manage with hardly any bloodshed?

Why don’t you do this at full pace when you live and work abroad in a safe place?

In the time of the totalitarian regime of the Soviet Union, there were brave men and women who sacrificed their lives and freedom for the long-wanted Independent Ukraine. They did not expect it to gain independence in their lifetime but they invested as much in the present as our contemporaries.

It is difficult to accept when russian opposition politicians are theatrically happy about the victories of the Ukrainian army, to which they have nothing to do. Their job would be not only to publicly condemn the putin regime, or the war that gives them certain privileges in the West, but also to invest intellectually in a strategy of action to build good-neighborliness afterwards.

In fact, all of them are already giving the same answer in the West about where Crimea belongs, although they will never give you an answer to the question of how exactly they will return it to Ukraine. This process will be difficult, indeed, even with Ukraine’s military victory over russia.

It is necessary to resettle back about 400,000 russian people who came to the peninsula after 2014, to deprive of citizenship those who acquired it under pressure, or to launch a large-scale migration program for the returnees.

In order to shift to the rule of law, russians might have to change the Constitution, and these changes will still be difficult to carry out through a referendum shortly after the end of the war.

Each taxpayer will have to pay reparations, and reimbursement programs will hit the budget and ratings of election leaders. However, this is a picture of a perfect future. In real life, we will have to fight for each of these solutions with the new leaders of segmented russia.

If, by any chance, there are actually any good russians, then I would like to hear from them at all conferences and summits about a plan for restoring justice, rather than seeing them shed tears for the lost comfort of the “leaders” of the russian opposition in exile.

Some of them still can not get enough courage, although living abroad, when in their blogs and texts they cannot stop writing “THIS MESSAGE (MATERIAL) WAS CREATED AND (OR) DISTRIBUTED BY THE MEDIA PERFORMING THE FUNCTIONS OF A FOREIGN AGENT, AND (OR) RUSSIAN LEGAL ENTITY PERFORMING THE FUNCTIONS OF…”, or when they cannot stop publishing maps of Ukraine without Crimea.

They cannot even resist putin while staying in a safe environment. With such attitudes, there is no chance for any internal resistance. Instead, when the battle for Ukraine ends with our victory, many of them will claim the status of real political players.

However, you cannot win when you are afraid of engaging in the fight. It is more resemblant of someone collecting the offal after a predator’s lunch; and vultures is the name for them all. I am writing in this manner not because I want to insult someone. That makes no sense. But sitting back and waiting for all the blood to be shed on the battlefield is a highly questionable kind of leadership.

The spine-chilling footage from the occupied and liberated territories of Ukraine may cause no trembling and desire for justice only with the naive, infantile, or sometimes short-sighted people. But even Western left-wing liberal partners confuse righteous punishment with revenge. The latter has no rules, procedures, or purpose to influence the picture of the future.

On the other hand, we are talking about the inescapable punishment, which will stop the whirlwind of russian genocide against the Ukrainian people, and help the imperial basis of russian statehood collapse, and put the historical matter to rest.

The Soviet Union was not condemned for the evil-doings of the totalitarian regime against other peoples. That is why its model, ideologists, and historical figures a la Stalin, have not been condemned, but even honored in the past decade.

Do not look away from the photos of the victims, living or dead. What has been resonating with me for many days now is the heartfelt cry of a young woman from Kharkiv region, who says that her family came under fire in a peaceful city and she no longer has a house, no car, but she is alive and seeking the only thing – the fair justice. Her face is blue with bruises, her eyes are full of tears, her voice is trembling. But she only asks for one thing – to have the trial of the culprits. This call to action must be put into life, or we will have to wait for the Judgment of God. Or not.

The sacrifice and pain of Ukrainians cannot be compared with the discomfort of russians who received a bit of sanctions, a bit of degrading, and a bit of rejection. Instead of fighting for their comfort, they should already be fighting for the punishment of war criminals, for the international tribunal against the russian leaders, for a program of confiscation of russian assets and restoration of Ukraine’s infrastructure, also at the expense of future taxpayers.

All steps and tasks can be included into the Exit Strategy; and Ukrainian society will be writing regulations for it. And may it become a quality benchmark for the new political elite of the new russia.

Leadership is about willingness to give up your vested interests for the sake of collective interests, but it all starts with repentance and justice. We are definitely going to work on that. Whether russians are going to pursue this – it is a benchmark question for each of them.