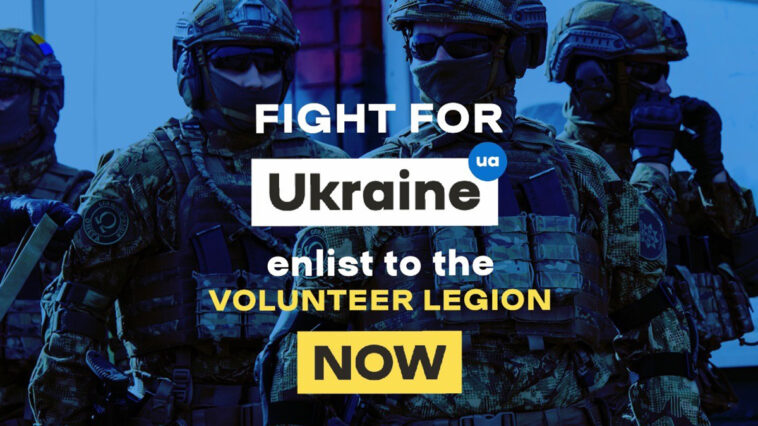 The fightforua.org website has been launched in Ukraine, which contains all the necessary information for foreign citizens who are ready to defend the security of Europe and join the International Defense Legion of Ukraine.

This was reported by the Office of the President of Ukraine.

The fightforua.org website contains detailed step-by-step instructions on how to join the just fight against the aggressor.

In order to join the International Legion of Defense of Ukraine, it is necessary to:

It is recommended, if available, to bring a military kit, such as clothing or items, equipment, helmet, body armor, etc. If necessary, representatives of embassies and consulates of Ukraine will provide assistance along the way.

Upon arrival at the assembly point in Ukraine, the legionnaire signs a contract and joins the International Defense Legion of Ukraine. After that, he is ready to enter the battle with the occupiers, along with fighters from around the world and Ukrainian soldiers.

Recalling that after Russia’s large-scale military invasion of Ukraine on February 24 and the first days of strikes on civilians and infrastructure, Ukraine called on foreigners to join our struggle for peace and democracy in Europe and around the world.

A decree issued by President Volodymyr Zelenskyy on March 1, 2022, introduced a visa-free regime for entry into Ukraine for foreign nationals wishing to join the International Defense Legion of Ukraine, except for the citizens of the aggressor state.