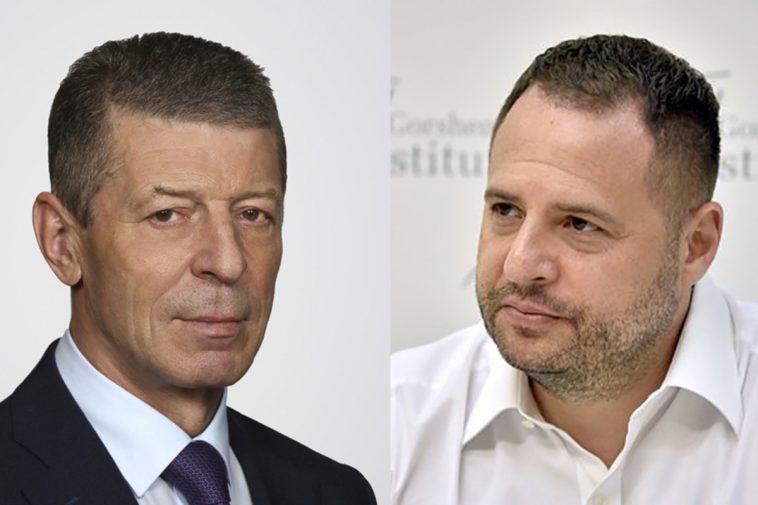 The latest meeting of Trilateral contact group (TCG) in Minsk resulted in the preliminary agreement to establish a new body of authority to contribute to the peace process in eastern regions of Ukraine. The Advisory Council is declared to “conduct dialogue, consultations and to develop suggestions regarding the projects of political and legislative decisions”, and the relevant document is scheduled to be signed on March 25th after conferring with OSCE, Germany and France. However, what appears as an attempt to revitalize the Minsk process is actually undermining it — which promptly sparked protests in Ukraine and caused a wave of criticism on behalf of civil society and representatives of several political parties alike.

Perhaps the most worrisome development is the upgraded status of the puppet republics, which, according to the protocol, will no longer have the position of the observer but will be recognized as independent actors within the TCG instead. Ukraine and ORDLO will have equal standing within the Council, since each side will provide 10 delegates with the same voting rights. It legitimizes the Kremlin-created and continuously supported structures (e.g., in February 2020 a Russian national and a former Deputy Governor of Irkutsk region V.Pashkov was installed as a “Prime Minister” of the so-called “DNR”) and thus strengthens the false narrative of “internal conflict” in Ukraine. Meanwhile, Russian position is seemingly downgraded to observer, akin to Germany and France, which plays to the Moscow’s message of not being a part of hostilities [see databases of Russian military units in Donbas: https://bit.ly/2wWDRgo and https://bit.ly/2U0KTIN]

Another problem with the document is its focus on the “necessity of the full political regulation of the conflict” without mentioning the ceasefire or any other security conditions that would establish ground for implementing this very political regulation. The “political steps first, security second” is a position continuously pursued by Moscow and criticized by Kyiv for subverting the peace process. Should the elections on the occupied territories take place before the security provisions are granted, they would be as far from legitimacy as the so-called “referendum” in Crimea was, held at the gun point. Without free press and functioning legislative bodies, which require time for re-establishment, the transparent electoral process would be impossible. This way, the Kremlin would have all the opportunities to push its selected representatives on the occupied territories onto Ukrainian authorities, thus legitimizing them and receiving expanded influence over internal political process in Ukraine.

The suggested Advisory Council, therefore, promotes not the actual peace process, but the distinctly Russian stand on the issue. Taking into consideration the latest escalations at the frontline (e.g., 4 soldiers killed and 16 wounded during March 8–10 only; the massive cease-fire violations in the troops disengagement area in February fits the broader Kremlin strategy of peace enforcement well. Prolonged demoralization and rapid destabilization are followed by the settlement — on aggressor’s terms. It appears that part of these terms was written out in Minsk a couple of days ago.

The turn of events is completely unacceptable for Ukrainian civil society that has already called to refute the creation of Advisory Council in the suggested form and to refrain from measures that would undermine national interests of Ukraine here.