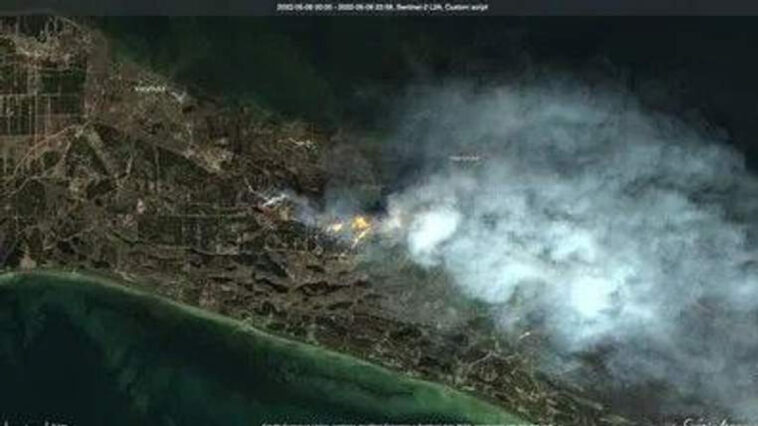 Commissioner for Human Rights Liudmyla Denisova: In the south of Ukraine, the Russian military is destroying the unique Kinburn Spit Reserve. Forests have been burning in the Kherson region since mid-April. Extinguishing fires is difficult due to the temporary occupation of the region by the Russian military.

The fires on Kinburn Spit have been going on for more than a week. The fire covered almost 4,000 hectares of forests on the border of Kherson and Mykolayiv regions.

The whole plant world is under threat of extinction, in particular, the largest field of wild Red Book orchids in Europe (its area reaches over 60 hectares), perennial trees, pink lakes, animals.

Currently, there are still people on the territory of the spit who need help, but the exit to the mainland is controlled by the Russian military, which does not allow forest guards to fires. In addition, there is a lack of fuel for fire engines to put out the fire, no machinery and almost no food delivery for local residents.

The situation in the unique protected area is approaching catastrophic. The consequences of forest fires are very dangerous for human life and extremely devastating to the environment, as the fire destroys entire ecosystems of Ukrainian forests, which will then be difficult to restore.

The occupiers’ actions violated the four Geneva Conventions of 1949 and their additional protocols (including Protocol No. 1 of 1977).