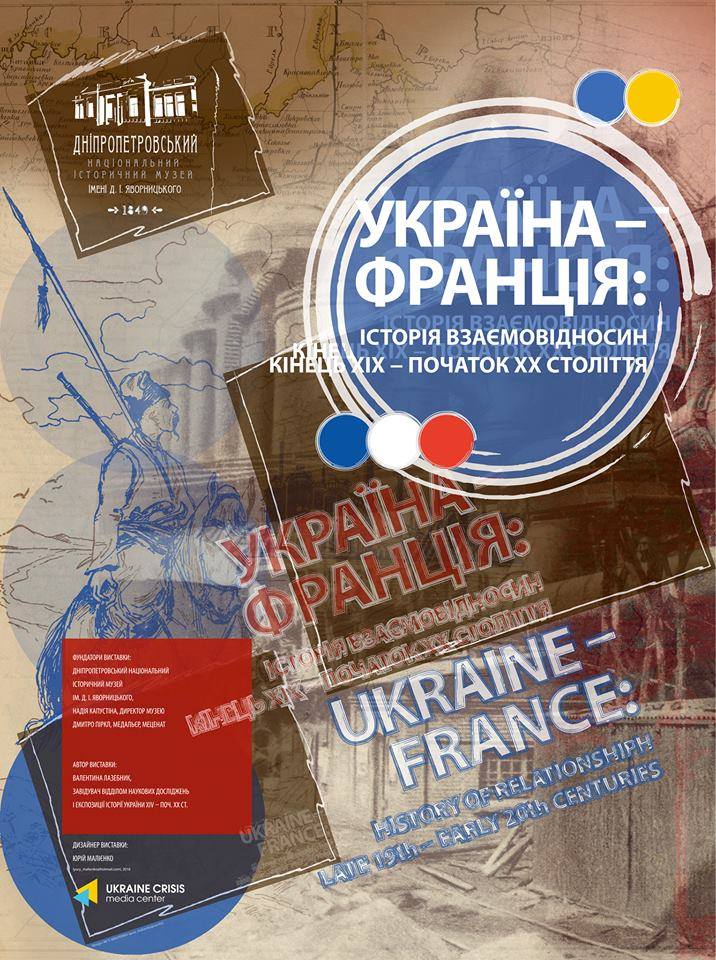 On December 21 at 15:15 in Kramatorsk (Donetsk region) an exhibition research of the history of French investment into Ukraine’s economy as well as the beginning of the exhibition’s tour will be presented.

Dmytro Pirkl, patron of arts, founder of the collection

The research is presented with 20 posters – collages of documents, shares, bonds and photos. Originals of the above items are stored at the Dmytro Yavornytskyi Dnipropetrovsk national historic museum.

The project represents relations between Ukraine and France between 1870 and 1918 in a form tailor-made for a museum exhibition. The exhibition hosts almost 230 historic documents that refer to the events of that time. There are also portraits and photographs of French and Ukrainian entrepreneurs, founders and directors of plants and mines established with the participation of French capital. Some of the pictures portray giant metallurgic plants with blast furnaces that were impressive during the epoch even to their workers.

The unique set of documents includes shares issued in Paris, photos of ore mines and of the Hdantsivsky plant, signatures of the French entrepreneurs on the securities from the museum collection, including P. P. Duval, P. Darcy, E. d`Uassel, P. Dumer, E. Paster, J. Bonnardel, M. Verstrat. The exhibition displays companies’ advertisement, documents, photos of an Orthodox church built by the French in those days, and photographs of an old French cemetery in Druzhkivka with the remains of tombstones.

The basis for the exhibition was a collection of a Dnipro-based philanthropist Dmytro Pirkl who was buying historical documents in Europe over 2011-2015. The collected materials were passed to the Dnipropetrovsk National History Museum named after Dmytro Yavornytskyi. Nadiia Kapustina, director of the museum, initiated their study and analysis. Further studies were conducted by Valentyna Lazebnyk. The exposition was formed by Valentyna Lazebnyk and designer Yurii Maliienko.

The Donetsk regional local history museum presents the exhibition as part of the Ukraine Crisis Media Center project “Under Construction: Museum Open”. After Kramatorsk the exhibition will be on tour through the museums in eastern Ukraine under the auspices of Ivanna Klympush-Tsintsadze, Vice Prime Minister for European and Euro-Atlantic Integration of Ukraine.

The exhibition “Foreign investment in Ukraine at the end of XIX century – beginning of XX century. Part two: France” will open on December 21 at 15:15 at the Kramatorsk public library (Maria Pryimachenko str. 16).