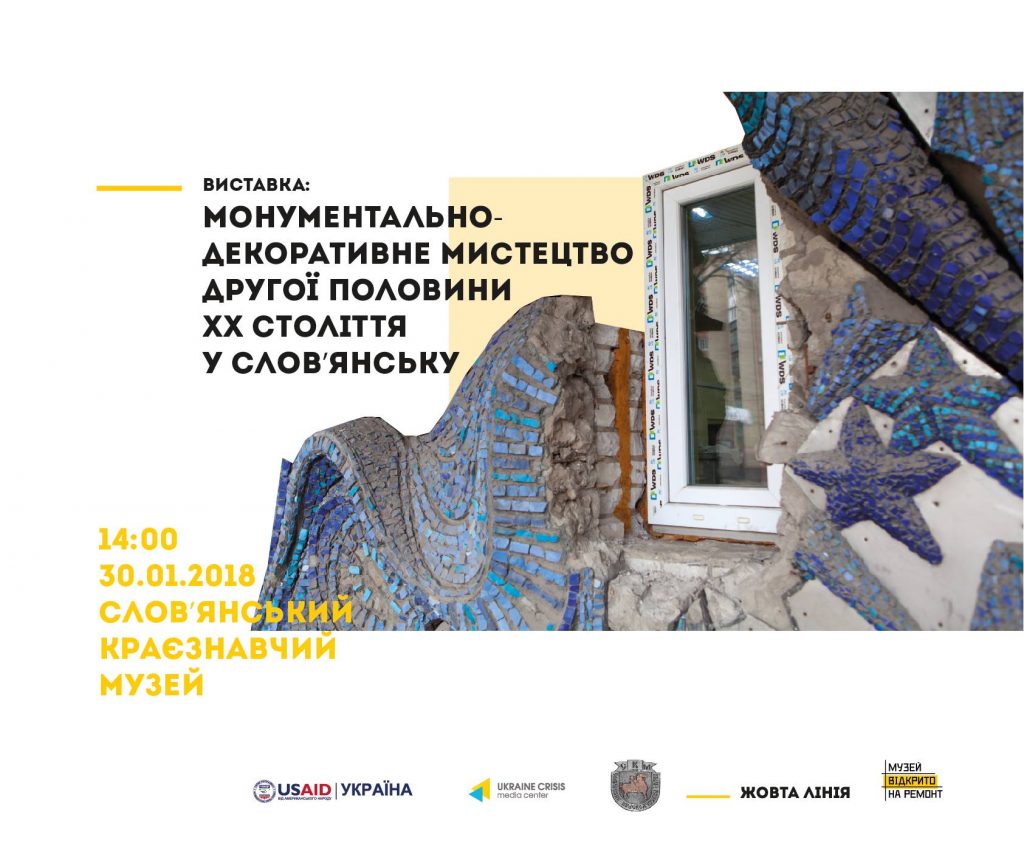 On January 30 in Slovyansk the project “Yellow Line” will kick off and continue the project rediscovering the historical heritage of eastern Ukraine – “Under construction: Museum open II”.

Yellow line symbolizes attracts attention and warns of possible loss. The project “Yellow Line” is a documentation of architectural and monumental heritage objects of the 19th and 20th centuries in the territory of Donetsk and Luhansk regions. Since the Soviet era Ukrainian museums have succeeded in representing history selectively. Until now, some institutions resort to painting out inconvenient history and concealing ambiguous facts. This leads to the loss of extremely important knowledge and artifacts. Many valuable architectural buildings and works of monumental art today are under threat of destruction, both for ideological and trivial reasons. “Yellow Line” is intended to outline the important and insufficiently covered modern architectural phenomena and draw attention to them. The photo and video documentation, presented in the format of a museum exhibition, will not only emphasize the need to collect and systematize data about important objects, but also promote them among the local population, thereby encouraging the idea of ​​preserving such monuments.

Schedule of the opening exhibitions:

The exhibitions will be open for attendance for 2 weeks in accordance with the museums’ work schedules.

News of the “Yellow Line” project and announcements of meetings in museums can be found in social media under hashtags #музейвідкритонаремонт, #UCBI #UCMC