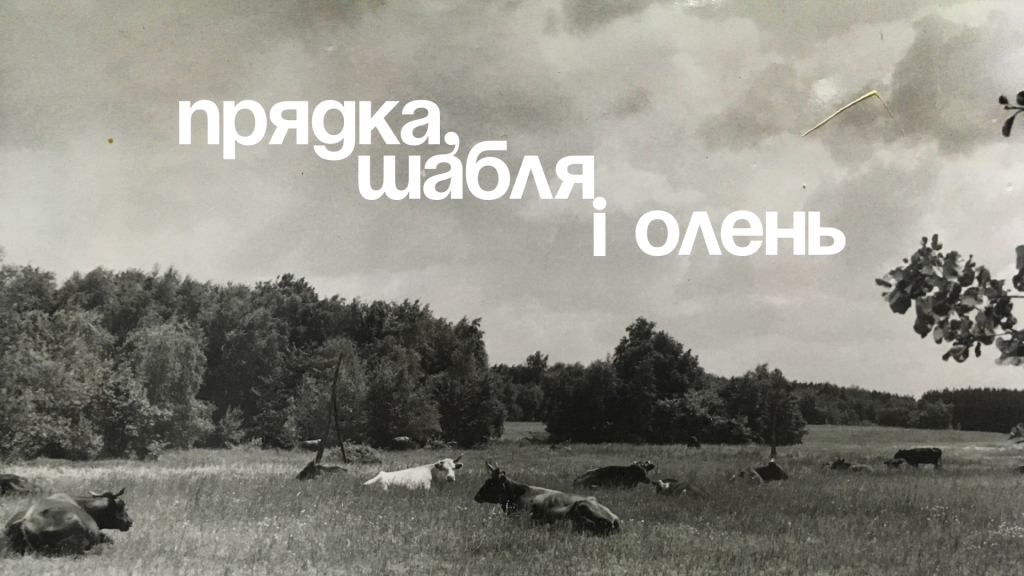 On February, 20 at 11 a.m. Stanytsia Luhanska Local History Museum (Tsentralna str., 1) will host the opening of the “Prialka, Shablya i Olen’”exhibition. The exhibition is a result of cooperation between the museum and the “DE NE DE” artistic initiative within the project Rediscovering the historical heritage of eastern Ukraine – “Under construction: Museum open II”.

Stanytsia Luhanska Local History Museum, department of Luhansk Regional History Museum, was known earlier as “Cossacks’ Museum”. The museum opened on September 1 in 1988 during the celebration of the 300th anniversary of the unique settlement in the Ukrainian territory of Don Cossacks. In this museum, you can find not only “Stanytsa Luhanska – the original settlement of the Don Cossacks” exhibition, but also such exhibitions as “Our compatriots – participants of the Great Patriotic War”, “Afghanistan, 1979-1989 years”, permanent exhibition of sculptor Mykola Mozhaev. The museum’s building is located in the picturesque area of the Siverskyi Donets River. The back facade overlooks Luhansk. The economy and culture of this settlement are closely connected with Luhansk.

During the hostilities in 2014, the shell destroyed the roof of the museum. Later the roof was repaired, but the permanent exposition has not been restored yet. All exhibits are in the repository, only the hall for temporary exhibitions works. Now the museum has new windows and batteries, but there is no history.

The new exhibition will soon appear. It will change the original structure of the museum. Before showpieces are not positioned locally, our team, in collaboration with local museum-makers, dares to experiment with alternative forms of regional studies. Due the unexpected combination of artifacts, we will expand the space for multiple interpretations in the process of rethinking history involving the community in creating of new meanings.

The exhibition is open from February 20 till March 31.

Follow the news of the “Prialka, Shablya i Olen’” exhibition as well as the announcements of the events hosted by the museums on social media at the hashtags #музейвідкритонаремонт #UCBI #UCMC #USAID

“Cultural Diplomacy Between the Regions of Ukraine”: