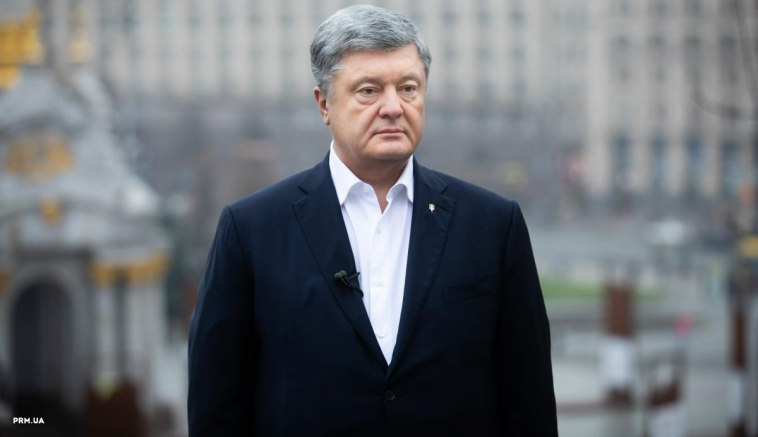 Over the last year, the former President of Ukraine Petro Poroshenko was summoned to the State Investigation Bureau quite a number of times. Poroshenko is implicated in 21 different cases that were started over the course of one year. This week the situation has escalated further after the Office of the Prosecutor General of Ukraine and the State Investigation Bureau announced that Poroshenko, currently MP and leader of the “European Solidarity” (Yevropeiska Solidarnist) party, was charged in one of the cases. It comes as the first indictment in all the cases. Poroshenko’s lawyers deny that the formal notice of indictment was served, while the Office of the Prosecutor General and the State Investigation Bureau threaten Poroshenko with possible arrest. Here’s what you need to know about the cases, that the actual authorities are in try to use to indict the fifth President.

From witness to suspect. On June 10 Poroshenko and his lawyers showed up at the State Investigation Bureau, he was summoned for questioning at 11:00. Based on the Bureau’s materials, turned out that Poroshenko was to be simultaneously questioned as witness in two different cases.

Thus, on June 3 the State Investigation Bureau stated that on June 10 at 11:00 Poroshenko is summoned for questioning as a witness in the case “that investigates into legality of records made during international negotiations between the President of Ukraine and high-level officials of foreign states,” (the case in question is the one involving so-called “Derkach tapes’).

The next day, on June 4, the Bureau said that the Pechersk district court of Kyiv issued a subpoena to Poroshenko to be questioned as a witness in the case “that investigates into the circumstances of illegal moving across Ukraine’s customs border a collection of high-value arts pieces comprising 43 paintings by internationally renowned artists,” on June 10 at 11:00 as well.

According to Poroshenko’s lawyers, on June 10 at 11:00 there was no questioning, instead, lawyer Illya Novikov said, the true reason of the summons was an attempt to present the formal note of indictment in the case that has nothing to do with the two in which he was subpoenaed to testify.

What Poroshenko is suspected of? The State Investigation Bureau and the Office of the Prosecutor General cite the case in which Poroshenko, in 2018, while in office as the President of Ukraine, is suspected of “issuing a malicious order that made a military staff member – Head of Foreign Intelligence Service of Ukraine, abuse office, he deliberately acted beyond his rights and powers during the special period.”

According to the lawyer Illya Novikov, the charges that they were in try to present to Poroshenko concerned appointment of the first deputy head of the Foreign Intelligence Service of Ukraine Serhiy Semochko.

“The case had it formulated this way: Poroshenko allegedly aiming at stealing the money, namely Semochko’s salary, appointed him violating the procedures. It’s absurd. Former Prosecutor General Ruslan Ryaboshapka already commented on it, calling it ‘legal trash’. That’s what it actually is,” the lawyer said.

Why are the cases incriminating Poroshenko so many? Ukrainian legislation gives broad possibilities of starting criminal cases based on individual requests. According to the law, to start a criminal case, a detective or a prosecutor introduces the data into the Unified Registry of Pre-Trial Investigations and starts the investigation “immediately but not later than 24 hours after the request is made, information on the committed crime is received, or after they learn about the crime committed from any other source,” (Article 214 of the Criminal Code). In case an official makes no action, the requester can turn to court to make them bring the data into the Registry.

Who’s against Poroshenko? As per media reports, the majority of the one and a half dozen cases against Petro Poroshenko were started at the request of one and the same person – Andriy Portnov, former deputy head of the President’s Administration during Viktor Yanukovych’s times. During Poroshenko’s presidency Portnov was hiding abroad, but after Zelenskyi took office as President, he returned to Ukraine.

Cases started against Petro Poroshenko are also thought to be inked to Volodymyr Zelenskyi, who kept wishing that his predecessor would go to jail for alleged abuse of office. He referred to a recent case, the one involving so-called “Derkach tapes” released by MP Andriy Derkach (independent) claiming that on tape are the conversations between Petro Poroshenko at the time of his presidency and the then U.S. Vice President and actual competitor of Donald Trump at the upcoming presidential elections Joe Biden.

In the recent interview to “Ukrainska Pravda”, answering a question on Poroshenko, Zelenskyi said: “Poroshenko wanted to meet me immediately after I became President. I saw no sense in that, everything that Petro Poroshenko said earlier, was untrue. He kept insulting me and my family, those troll farms… They just kept insulting me, they went on spreading lies: that I am a junkie, I am this, I am that… I’ve come a long way of this lies, then I made conclusions on him as President. I don’t trust him, he is not my President,” Zelenskyi said. Answering the question on political persecutions, he said: “I am not a court to decide on him. A person should be in jail, if there are reasons that they must be in jail. Law enforcement investigates into it, and the court issues a sentence.”

Answering the question if as of June 9 the grounds are enough, the Prosecutor General said that investigation is still on, but the time to “make lawful decisions will come, and decisions will vary.”

Former Prosecutor General Ruslan Ryaboshapka opened over one and a half dozen cases implicating Poroshenko but refused to sign off an indictment to the fifth President, saying that the cases “do not stand up to criticism”. Some experts emphasize that it is exactly Ryaboshapka’s reluctance to engage in persecutions of Poroshenko that became the reason for Zelenskyi’s decision to substitute him with Venediktova.