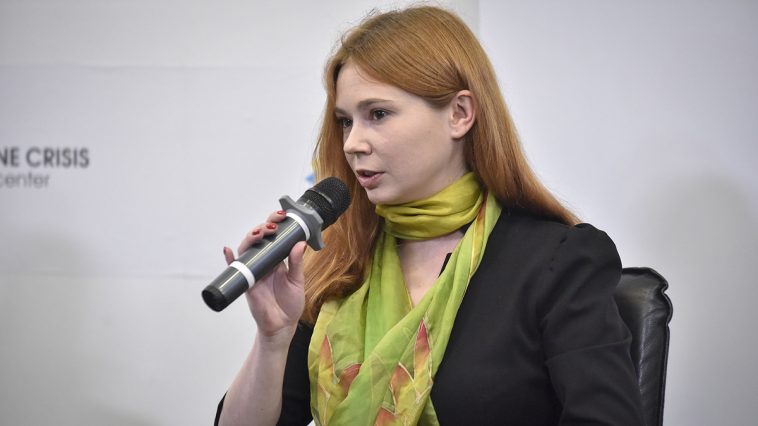 Oleksandra Tsekhanovska, the Head of Hybrid Warfare Analytical Group, presented the research of Ukraine Сrisis Media Center, “Evolution of Russian narratives about Ukraine and their export to Ukrainian media landscape”, within the project “Countering disinformation in the south and east of Ukraine” implemented in partnership with Detector Media, Estonian Center of Eastern Partnership, and with the support of the European Union.

Content of 5 Russian and 5 Ukrainian channels was analyzed, and based on it, export and adaptation of the Russian narratives for the Ukrainian audience were explored. Here are some key findings of the research:

Tycoonization of Ukrainian media plays a crucial role in the adaptation and export of Russian narratives to Ukraine. This factor often facilitates the situational promotion of Russian disinformation, especially around the critical time of elections, no matter if the tycoon controlling the media is pro-Russian or not.

Narrative on external governance is the most intense and dangerous among all those exported from Russian media, as it facilitates the perception of other Russian disinformation and undermines Ukraine’s relations with its Western partners.

The key peculiarities of pro-Russian channels are:

Halyna Petrenko and Ksenia Ilyuk, the Director and the Project Manager of NGO Detector Media respectively, presented their part of research within the project on how the pro-Russian narratives are perceived by Ukrainians living in the east and south of Ukraine, which media spread those narratives and how they do it.

Liubov Tsybulska, Head of the Center for Strategic Communication and Information Security, who also participated in the research, stressed the key challenges of the Kremlin’s information war:

Such experts took part in the discussion:

The event was moderated by Tetyana Kolosova, Head of National Outreach of the Ukraine Crisis Media Center.

Watch the record of the presentation on UCMC’s youtube channel: