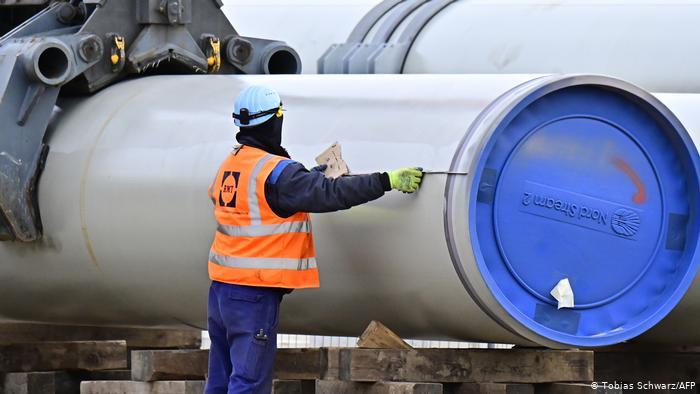 On August 25, 2021, the news came out that Nord Stream 2 AG, the operator of the gas pipeline, lost a court ruling at the Higher Regional Court of Düsseldorf in Germany. While Gazprom requested to make the pipeline exempt from the scope of the EU gas directive, the court dismissed the bid to recognize Nord Stream 2 an exception from the EU regulations requiring that the owner of the pipeline and the gas supplier are separate entities. We take a look at what that means and what to expect next.

Nord Stream 2, a Russian gas pipeline that runs from Russia to Germany under the Baltic Sea bypassing Ukraine, has long been a headache for Ukraine. If the pipeline is completed and operational, Ukraine will not only lose the gas transit fees, but it will also become exposed to security risks.

In July, Germany and the U.S. reached an agreement. The U.S. said it will not oppose the completion of the pipeline, and Germany claimed ready to impose new sanctions on Russia, if the latter uses the project as a tool of aggression against Ukraine. Germany also vowed to help Ukraine transform its energy system.

On June 11, Nord Stream 2 AG filed an application to be certified as an independent operator of the gas transportation system. Gazprom insisted that Nord Stream 2 should get a waiver from the regulation that separates producer and supplier. The company referred to the EU rules as discriminative, and said they were introduced to torpedo the pipeline project. Gazprom may now need to restructure the pipeline.

The court ruling reasserting the need to comply with the EU regulations may cost Russia additional time and money.

Background: the EU gas directive. On April 4, 2019, the European Parliament amended the gas directive, amplifying its scope to all gas pipelines that run through the EU member states. Under the directive, gas production and transmission are run by different entities. Pipeline owners cannot be gas suppliers. It means that the companies that transport gas, must sell their capacities to third party. Besides, half of the pipeline’s capacities must be reserved for alternative suppliers. The EU rules are called to maintain fair competition in the market, ensuring that the companies are not able to block access of competitors to the infrastructure.

Ukraine’s commentary. Chairman of the Board at Naftogaz Ukraine Yuriy Vitrenko commented on the court ruling: “Our strategy to play by the same rules as the West, pays back. Gazprom lost the arbitration case in Stockholm. As it tries to make Nord Stream 2 exempt from the EU regulations, the so-called third energy package, Gazprom lost a court case in Germany.”

Ukraine’s priority is to make sure that the EU regulations apply to all gas pipelines that run from Russia to the EU, Vitrenko added.

“It will be a tough battle. The Kremlin blackmails the EU with gas deficit in winter. Some government executives in the West do not understand or pretend not to understand what the EU rules actually are. But ‘keep fighting – you are sure to win!’” the senior manager at Naftogaz said.

There is no way that the pipeline’s operator Nord Stream 2 AG can be certified under the EU law, Vitrenko proceeds.

“The situation is now simple, even if the German regulator turns a blind eye to the breach of the EU law, we will insist that the U.S. imposes sanctions on the operator Nord Stream 2 AG fully owned by Gazprom, as that would violate the joint statement by the U.S. and Germany. We will insist on sanctions,” Vitrenko said.

Gazprom, the owner of Nord Stream 2 AG, is a producer of gas and its monopoly exporter from Russia.

“Extension of the EU law prevents the monopoly, unfair competition, and the use of gas as a geopolitical tool,” Yuriy Vitrenko said.

Olena Zerkal, advisor to the Minister of Energy and former Deputy Foreign Minister of Ukraine projected the scenario that Nord Stream 2 will not go into operation despite the agreement reached by the U.S. and Germany, a month earlier.

“Whether Nord Stream 2 is certified as operator is a question. In the agreement, Germany commits to abide to the EU law, and states that Nord Stream 2 will apply all standards and requirements of EU’s third energy package,” the advisor to the Minister of Energy said.

The third energy package of the EU is “a framework that sets the rules for operation of a gas pipeline,” she explained.

“Nord Stream 2, a consortium has applied for certification as operator. It is not unbundled from Gazprom, that’s a violation of the EU law. The first challenges are facing the German regulator, as its adherence to the EU law is put to test. We wait for the reaction of the EU and the European Commission in particular to follow,” Zerkal said.

Commenting on the tripartite meeting, Zerkal said that participants agreed that Russia’s export pipelines need to operate under the EU third energy package. At times, the Minister of Energy of Germany had to defend himself against the arguments, she added.

“The U.S. Energy Secretary Jennifer Granholm was brilliant. Hearing her say that the Russian gas is the dirtiest form of natural gas on Earth, with no security on methane emissions during production and transportation, and equally due to corruption, black mail, and manipulations is a balm to the soul,” Zerkal said.

“The German approach that ‘Russia has never broken its promises to us,’ and ‘it has nothing to do with what they’re doing in Eastern Europe’ is no longer working. Positions of Ukraine and the U.S. were as close as they actually can be,” Lana Zerkal added.