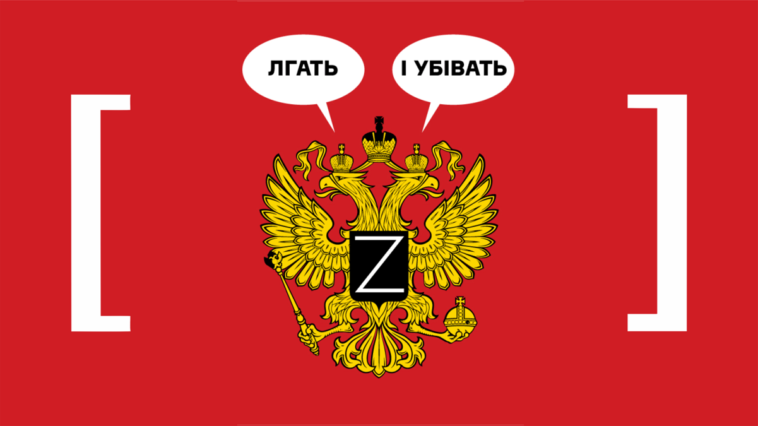 From the very start of the full scale war with Russia, it became necessary to find a name for the enemy. The name had to be neutral not to express emotions or anger. It was also important to keep this name politically correct not to be banned in the social media. This is when we added “orcs” and “russian fascists” were added to the list of commonly used “friendly” names for our North-Eastern neighbours.  The orcs of Tolkien are surely poetic but let’s not insult the honor of fiction characters. Modern Russians are not the same as the fascist and nazis of the last century. Although in the matters of brutality Russians have a lot in common with the nazis.

I think the most suitable name for our enemies is russists and russism – for their ideology. An ideology of conquering other countries and their peoples at any price, imposing their governing system, language and culture. Unlike Nazism, russism isn’t about “racial purity” but about rebuilding their long lost empire and subjugating all the “disobedient” nations into their oligarchic-mafioso system.  Russism is acting in the field of post-truth trying to whip their enemies into submission through information channels. If this doesn’t work, russists move on to military actions. Loosing on the battlefields russists become ruthless terrorists acting against civilians, having no merci neither on the elderly nor the children. Russist only understand the language of force. Therefore any negotiations with them have to be done from the place of real force because that is the method they often use. Any result of negotiations agreed on by the russists cannot be trusted as they are totally treacherous.