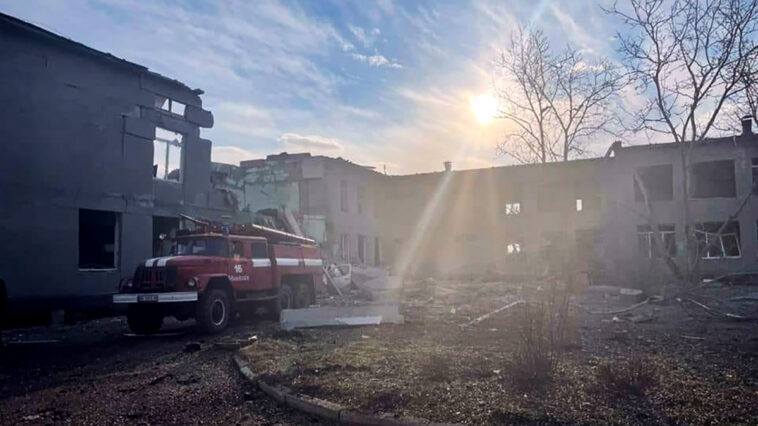 On March 13, the Russian occupiers launched an airstrike on a school in the village of Zelenyi Hai of Mykolaiv region.

4 civilians were killed and three were injured, the State Emergency Service of Ukraine reported.

As a result of the air strike, the school building was destroyed with subsequent burning.

Four people were killed and three were injured.

The fire was extinguished on an area of 150 square meters.