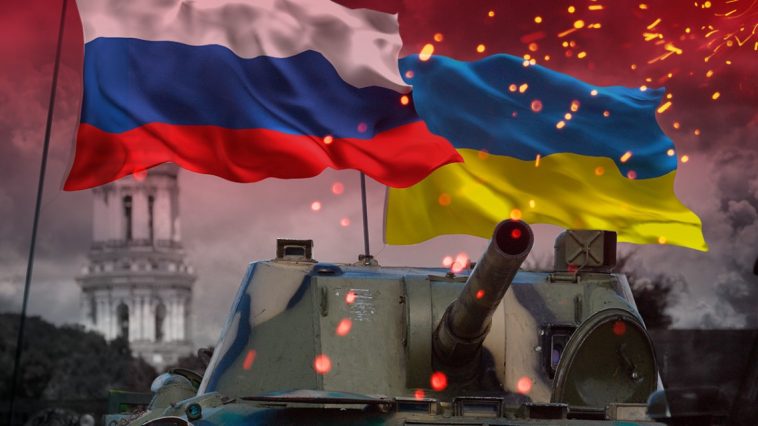 Russia’s military build-up on Ukraine’s borders and threats of a full-scale military action have stayed in the spotlight in Ukraine throughout this week. Diplomats, political leaders, and experts discuss how serious those threats can be and what the possible scenarios are. Here’s how the situation evolved in the past days.

On the diplomatic front. This week, the Foreign Minister of Ukraine Dmytro Kuleba traveled to Brussels where he met with the NATO Secretary General Jens Stoltenberg, held the first bilateral meeting with the U.S. Secretary of State Antony Blinken, and took part in a meeting of the NATO-Ukraine Commission that primarily addressed the Russia-led escalation.

On April 13, U.S. President Joe Biden held a phone call with Russian President Vladimir Putin. President Biden called on Putin to de-escalate tensions on Ukraine’s borders, and proposed a summit meeting in a third country to discuss the full range of issues facing both countries.

On April 16, President Zelenskyi is on visit to France where he is to meet French President Macron. German Chancellor Merkel is to join via video conference.

Four scenarios explaining Russia’s build-up. On April 14, Ukraine’s Defense Minister Andriy Taran took part in a meeting of the European Parliament’s Subcommittee on Security and Defense via video conference. Minister Taran spoke to EU lawmakers on the ongoing massing of the Russian troops near Ukraine’s border and in occupied Crimea. He said, based on the data at hand, there are four plausible objectives that the Russian Federation might be pursuing, “Yevropeiska Pravda” reported.

The first one is saber-rattling intended to put more pressure on Ukraine and slow down its efforts for a positive change, the Euro-Atlantic integration in the first place.

Second, Russia can be preparing a military operation from Crimea to tackle the problematic water supply in the occupied peninsula, a responsibility that the occupation administration bears.

Third, the Defense Ministry of Ukraine does not rule out that Russia might stage a provocation in eastern Ukraine, like the one in Georgia, to then blame the ceasefire violation on Kyiv and use it as a pretext to expand the occupied territory in Luhansk and Donetsk regions.

Fourth, the massing of Russian troops can be Russia’s response to the Defender Europe 21 drills, and at the same time signal preparations for the Zapad-2021 military exercise.

“Based on the above assumptions, we cannot rule out that the Russian occupation troops in Crimea and at our borders might resort to large-scale provocations throughout this year,” Defense Minister Taran said.

The U.S. Treasury sanctioned 32 entities and individuals carrying out Russian government-directed attempts to influence the 2020 U.S. presidential election, and other acts of disinformation and interference. Sanctions were also imposed on eight individuals and entities associated with Russia’s ongoing occupation and repression in Crimea.

Also, the U.S. expels ten personnel from the Russian diplomatic mission in Washington.

The sanctions bar U.S. financial institutions from trading in the Russian state debt and bonds issued after June 14, 2021 by the Central Bank, the National Wealth Fund, or the Ministry of Finance of the Russian Federation.

Specified harmful foreign activities of the government of the Russian Federation “constitute an unusual and extraordinary threat to the national security, foreign policy, and economy of the United States,” the executive order signed by President Biden reads.

Russia reacts to new U.S. sanctions. The Kremlin summoned the U.S. Ambassador to Russia John Sullivan to the Foreign Affairs Ministry for “a difficult conversation,” the spokesperson of the foreign ministry Maria Zakharova said at a news conference.

The U.S.’s “aggressive behavior” will receive a decisive rebuff, Russia’s response will be “inevitable”, Zakharova said. The sanctions “heighten the countries’ confrontation,” the spokesperson proceeded.

Information warfare: Russians’ unfavorable views of Ukraine on the rise. Meanwhile, Russia has intensified its propaganda on television, threatening to invade Ukraine. Results of opinion polling are illustrative of that rhetoric. The deterioration in Russians’ regard for Ukraine throughout last month is clear from a recent survey conducted by Levada Center. Negative views have risen against a backdrop of the escalation in Donbas, information attacks, and build-up of the Russian troops around Ukraine.

Some 28 per cent of Russians say that the so-called “DNR” and “LNR” need to become sovereign states, 25 per cent want them as part of Russia. Just 10 per cent say that Ukraine needs to restore its sovereignty over those territories and reembrace them as regions.