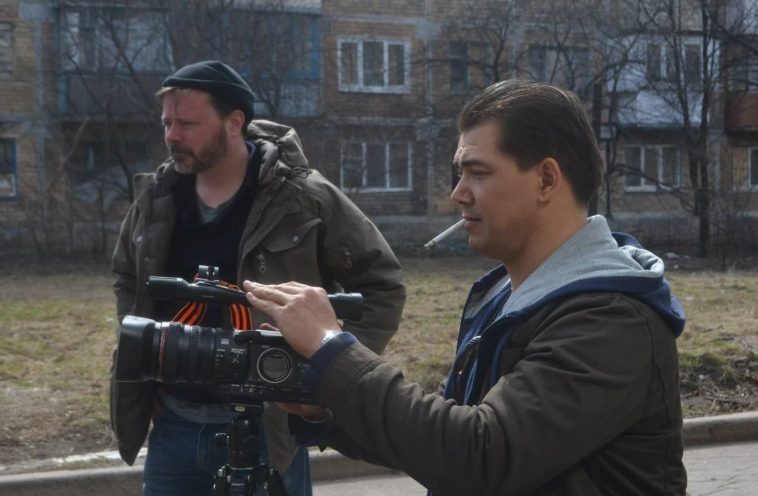 Plausible deniability is one of the key concepts in the context of hybrid warfare — denying responsibility for the actions due to the lack of substantial evidence of direct involvement allows to shift the blame and to minimize reputational losses while maximizing the result of such actions. The Kremlin has been keen to use this tactic for years, with the annexation of Crimea in 2014 and ongoing war in the eastern regions of Ukraine being the most notable examples.

However, the continuous denial of Russian direct military involvement becomes more and more difficult to sell to the international community, as the collection of evidence inevitably grows over time (e.g. database and listof units involved by InformNapalm). The Kremlin becomes increasingly challenged with legitimizing its aggressive policy, and it does so via a vast network of channels, from public diplomacy to employing foreign agents as proxies. The latter instrument is of particular interest, as it creates the illusion of international support for the Kremlin narratives, which may then be picked up and rebroadcasted by officials and state-controlled media.

Range of the proxies involved includes different types of actors depending on the specific task and target audience. For example, select Western politicians belonging to the far-right, Eurosceptic parties often with financial ties to Moscow were invited as international “observers” to oversee the illegal staged “referendum” in Crimea: “The list of supposedly 135 observers included representatives of the far-right parties Jobbik (Hungary); Ataka (Bulgaria); Vlaams Belang (Belgium); Freedom Party (Austria) and others.” Seizure of the peninsula and war along with the establishment of the puppet “republics” is also promoted in academic and expert environment through the Kremlin-linked Western think-tanks such as Berlin-based “Dialogue of Civilizations” initiative, supported by Vladimir Yakunin, a close associate to Putin. Much-criticized director Oliver Stone, who has asked Putin to be his daughter’s godfather, has directed several films with the sole purpose of praising the Russian President, thus reaching wider audience.

The pattern is similar in the mass-media environment. In addition to governmental news agencies such as RT and Sputnik, Russian government tries to attract foreign journalists who would convey the pro-Kremlin messages to give them more credibility. One of the most exemplary cases is represented by the activities of Janus Putkonen, who moved from Finlandto the occupied city of Donetsk and, later, to Luhansk, and became heavily involved in spreading multilingual disinformation on behalf of Moscow.

Initially he worked for DONi-News — a Kremlin-sponsored regular outlet that supports its main narratives on Ukraine with a heavy focus on “civil war”. It is especially notable for spreading the “Ukraine violates the ceasefire” group of messages, which is also crucial for the Russian state media, where it constitutes 27% of all broadcasting time regarding this narrative. As is often the case with disinformation, in the absence of facts to support the narrative, they are “created” — e.g., representatives of DONi-News were involved in actually arranging the ceasefire violation to report it as an attack by Ukrainian Armed Forces. During his stay in Donetsk, Putkonen established a tight connection with one of the so-called “DNR” terrorist leaders Alexandr Zakharchenko, whom he praised widely after his assassination in August 2018.

In April 2019, Putkonen took charge of the MV-lehti media, founded in 2014 by Ilja Janitskin, which was frequently accused of applying hate speech and spreading fake news. Under Putkonen, it launched a more systematic spread of disinformation that constitutes a mixture of anti-Ukrainian messaging with anti-Western conspiracy theories — the latter subject was widely exploited by Putkonen during his earlier times at Verkkomedia resource back in Finland. One of his close associates is another propagandist of Finnish origin — Johan Bäckman, who had already been employed by MV-lehti before the take-over. Furthermore, maintaining ties with other fringe movements and media representatives is a trademark of the outlet. It has cooperated with notorious Russell “Texas” Bentley — an American mercenary fighting on the Russian side, — and spread messages in support of Soldiers of Odin which, in turn, cooperates with neo-Nazi Nordic Resistance Movement.

In addition to the regular coverage that generally fits the broader scope of Kremlin narratives, several major informational operations were supported by Putkonen, personally as well as via MV-lehti:

Ukraine, but by the other states as well — here by Finland in particular. Individuals and organizations directly involved in the information aspect of hybrid warfare typically amplify each other’s content, broadening its reach and creating the visibility of legitimacy to it. They mutually promote potentially harmful messages such as conspiracy theories and, moreover, have a friendly environment to build strong ties between each other.

Such ties constitute a security issue, as they include formation of relations with the representatives of illegal armed groups (e.g. Putkonen-Zakharchenko) and exchange of experience in hostile subversive activities. These relations and experiences can later be applied in other environments, which would be especially dangerous if they were taken home, where a now empowered actor has its own network of connections and enjoys a vast knowledge of potential vulnerabilities to apply their knowledge more effectively. It is, therefore, a major security challenge that should be taken seriously by the governments whose citizens become or are likely to become involved in the Kremlin’s hybrid warfare against Ukraine — one day, they may take this war home.