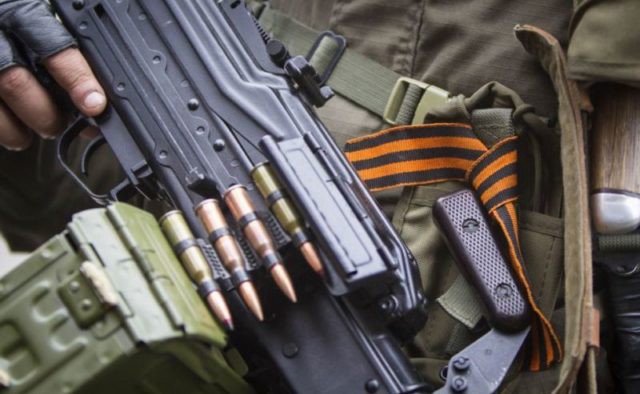 Over the last 5 years Kyiv, Berlin and Paris have been entangled in a complex process of negotiations with Moscow to bring the end to a war that has already claimed more than 13,000 lives and left 1.5 million people without homes. There is, however, a distinct pattern to these negotiations — the escalate-and-disrupt model behind them. This model has been favored by the Kremlin to settle the most favorable conditions for the next round of negotiations by creating high pressure on adversaries. It is especially vivid against the backdrop of troops disengagement taking place in Zolote and Petrivske (Luhansk and Donetsk regions respectively). Kyiv grudgingly agreed to the process, since this was one of the Moscow’s demands for the next meeting in the Normandy format the Kremlin has been stalling.

In the context of what seems to be a step towards peace, the Kremlin-appointed leaders of the so-called “DNR” and “LNR”, D.Pushylin and L.Pasechnik, simultaneously announced joint exercises that would involve “Ministry of Emergency Situations, Ministry of Internal Affairs and people’s militia”. Their timing and structure, unsurprisingly, leave no doubt about the coordinated effort behind the exercise. The power play was controlled by Southern Military District of the Armed Forces of Russian Federation, specifically — by its 1st (in Donetsk) and 2nd (in Luhansk) army corps. Their involvement fits the pattern that traces back to 2017 at the very least, just as intentional mislabeling does: while the exercise was described as “scheduled” and aimed at “enhancing defense capabilities of the republic in case of aggression on behalf of Kyiv”, they actually focused on conducting offense operations.

Aside from the further militarization of the region, the exercises in occupied regions of Donetsk and Luhansk oblasts (ORDLO) carry important messages from the Kremlin — both for locals and for Ukrainian government. Demonstration of strength underlines the fact that while Kyiv demands elections within the framework of Minsk process to take place only after the dissolution of puppet republics, Moscow has its own plans and they differ considerably. The greater goal is to formally return occupied regions (excluding Crimea) to Ukraine and to force it to pick up the bill, while retaining all the leverage and establishing effective control over Ukrainian policy as a whole through the process of federalization. Maintaining grip via the armed presence, albeit by proxy, will be crucial for this process.

Conducting exercises as part of an effort to enforce Moscow’s idea of Minsk is further emphasized by the fact that they were declared two days after the meeting of working subgroups within the Minsk Contact Group. Moreover, Russian activities in ORDLO are not an isolated case of military pressure on Ukraine. On November 1, almost simultaneously, Rosgvardiya conducted a naval exercise in the Kerch Strait, precisely where 3 Ukrainian vessels and 24 sailors were captured en route to Mariupol last year. It is also a highly sensitive point due to the value of Mariupol as a port city, for isolation of which the Kremlin aims consistently as it would deliver a heavy blow to Ukrainian economy, thus weakening resilience of the target society.

Careful timing of Russian power play and its occasional correspondence to the key developments in Minsk process are also not new. For example, back in 2016 Russian Federation held an aerial exercise in Belarus, utilizing its status as an ally state, at the very day the contact group met for negotiations in Minsk. It is, therefore, obvious that the Kremlin pursues the same pattern of coercion and changed neither its behavior nor its perception of the terms on which the war should be ended. It is further emphasized by the fact that other key obstacles on the way to establishing meaningful and strategic peace remain unresolved.

Crimean peninsula remains occupied, Ukrainian ships illegally seized in Kerch Strait still have not been returned despite the decision ruled by International tribunal for the Law of the Sea. Despite the massive prisoner exchange that took place between Moscow and Kyiv in September, 86 people, majority of them Crimean Tatars, remain illegally detained. Moreover, Russian security services in Crimea and in ORDLO keep capturing Ukrainian citizens to re-establish exploiting political prisoners as a leverage mechanism for dealing with Kyiv. In such a disturbing context, optimism regarding the Kremlin’s ability to compromise, recently shared by both Paris and Berlin, appears premature.