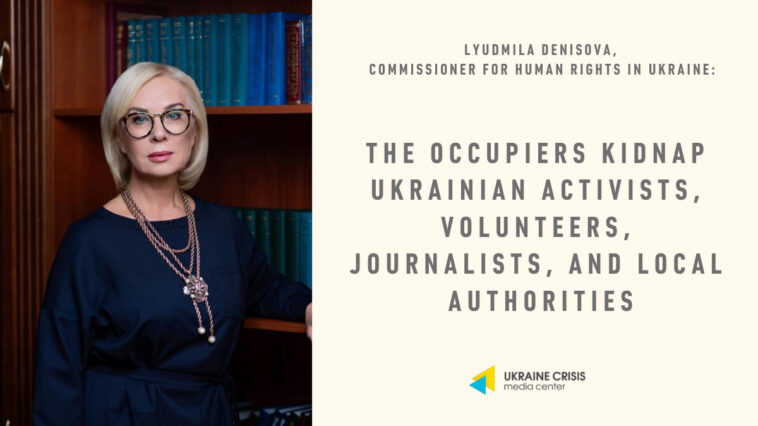 The Commissioner for Human Rights in Ukraine Lyudmyla Denisova:

In Berdiansk, russians abducted journalist of hromadske media Victoria Roshchina. It probably happened on March 15. It is unknown where Victoria is now.

On March 16, the occupiers detained Dmytro Vasylyev, the secretary of the Nova Kakhovka Town Council. They hold him in the basement of the local police building, which is now used as a “commandant’s office”.

The invaders have been holding the secretary of the Skadovsk City Council Yurii Paliukh captive since March 16.

In Volnovakha, enemies “arrested” more than 20 Ukrainian activists. Numerous Western media outlets reported them to be “killed or sent to camps” after the russian invasion of Ukraine.

Source – The Commissioner for Human Rights in Ukraine Lyudmyla Denisova