The team of the project “Pravdyve Radio/True Radio” reported on the results of its activities on protection of elderly people in Mykolaiv region from propaganda. The press conference took place at “Crisis Media Center. Mykolaiv”.

The project was launched in February 2019. At first, its aim was to engage elderly people in revealing violations of electoral legislation during the upcoming presidential and parliamentary elections. For this aim, the project developed a cycle of 20 radio programs about real life cases of electoral legislation violations. They were broadcasted during five months, in March – July 2019. In the programs, young lawyers and journalists were explaining the details of the legislation, how to monitor the procedure and detect violations.

After elections, the team reshaped the format. During the next four month, “True Radio” focused on the issue of violations of elderly people’s rights, such as age-related discrimination etc. A total of 24 programs had been prepared, with 21 real life cases of pensioners whose rights had been violated. 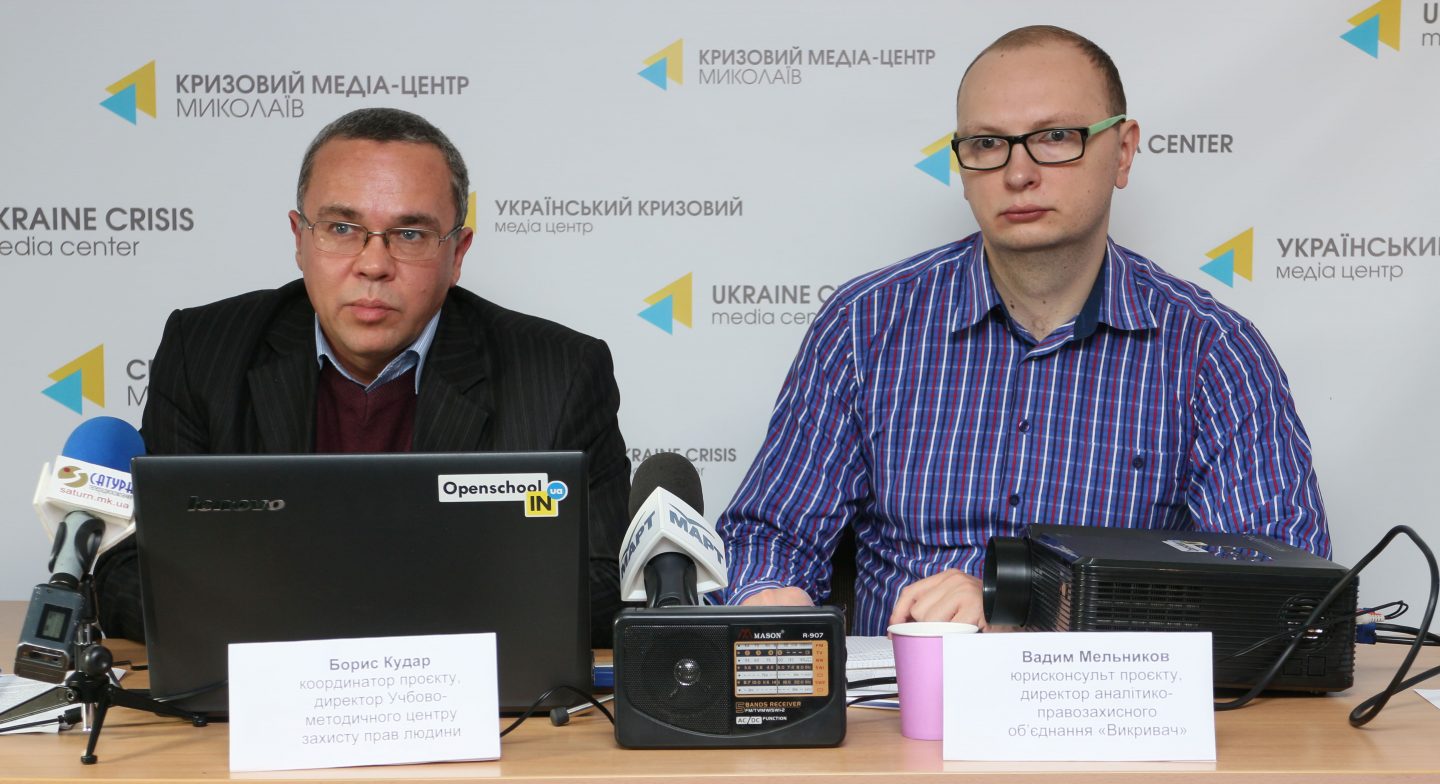 “A total of 58 volunteers and specialists were engaged in the project.  The radio programs prepared by them were broadcasted at frequency 92FM in Mykolaiv and 105,9FM in Pervomaisk.  The coverage of the target audience amounts to some 140 thousand people. This is almost a half of all pensioners permanently dwelling in Mykolaiv region.  Each case was commented by two specialists, a lawyer and a political science expert. We were explaining to the pensioners what is a violation of electoral legislation and how to protect their rights. Our volunteers had learnt them how to detect such violations”, said project coordinator Borys Kudar.

The team says that their programs had had a visible impact on the statistics of violations of rights of elderly people.

“They became more vigilant and intolerant to violations of electoral legislation. For instance, after the first four radio broadcasts before the 1st round of presidential elections, the number of reports on such violations to the police has grown by 36 per cent, from 104 to 163. The police has opened four criminal cases and had drawn 32 administrative protocols. During the 2nd round of the presidential elections, after four more programs by “True Radio”, the number of violations reduced by half: the police had registered only 55 reports. This makes us assume that vigilant elderly people from our audience could have made their own contribution to the decrease of the number of electoral violations during the 1st and the 2nd round of presidential elections in Mykolaiv region”, said project lawyer Vadym Melnykov.

The team wants to continue their work and further improve the awareness of elderly people of their rights and the ways to protect themselves from manipulations and propaganda.