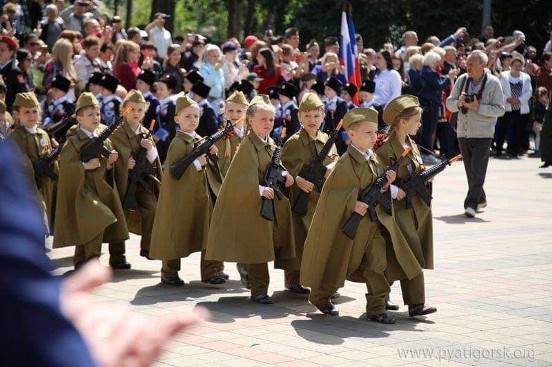 “Defeating fascism” has become a significant element of the modern political legendarium in Russia and the most vivid example of how historical narratives can be employed to serve political goals. For Kremlin, these goals are more or less clear: to cultivate the unifying image of the great Soviet Union (and Russia as its nostalgic successor) which has defeated the ultimate evil, saved the now ungratefully “russophobic” Europe, — and to reinstate that, if necessary, victory over fascism that was all but monopolized in Russian historical discourse can be repeated.

The latter sentiment is a not so thinly veiled threat, considering how widely Russian state controlled media, echoing Kremlin’s officials, apply “fascism” as a label. During the last 5 years it has been mostly used against Ukraine in order to justify ongoing Russian aggression in the eyes of the local audience, but Ukrainian case is not unique.

In this context, here are a few examples of how far the modified “Victory Day” cult goes in modern Russia and how it is imposed on the occupied territories, from children wearing military uniform to daily goods becoming a part of what could be called a historical franchise.