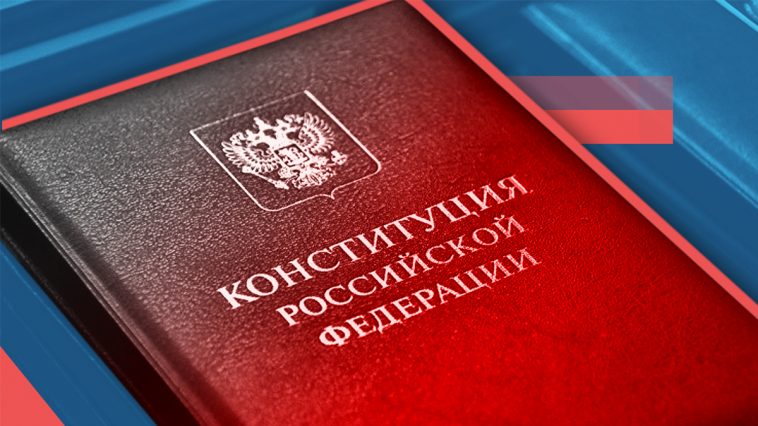 On July 2, Russia’s Central Election Commission declared results of plebiscite that proclaim a 77.9% approval of amendments to Russian Constitution – an outcome that has already been dubbed “a triumphant referendum on Putin” by presidential spokesperson Dmitriy Peskov.  “Referendum” is a term broadly and consistently misused for this vote – Russian legislation establishes a number of specific and complicated procedures for holding an actual referendum, from rules of campaigning to a required voting turnout. The vote that stretched over a week – a step formally explained by COVID-19 precautions but widely viewed as an attempt to take more citizens to the ballots – falls outside of this framework. The wordplay, however, is not coincidental: it leaves more room for legitimization, and legitimization of Putin’s rule has been the main purpose from the start.

What Are the Amendments About?

There was a total of 206 amendments – an impressive package, educated voting on which is nearly impossible to achieve. At the very least, it would require a long, sophisticated and transparent campaign, explaining all the provisions to the voters. It seems far-fetched that Kremlin would ever have such a desire, considering that, according to Vladimir Kara-Murza, “the last time international observers accepted Russian elections as more or less democratic, free and fair, was in March of 2000”. There was not enough time regardless: the speed with which the idea, first suggested by Putin in January, was implemented on all levels from State Duma to Constitutional Court is astounding.

Moreover, many suggested ideas did not require a status of constitutional amendments – they could be introduced through regular legislation instead of completely shaking up the state’s basic law. Quantity over quality, however, had its perks for Kremlin. Incentives from government that can be ascribed to the so called “social block” on minimum wages, pensions, indexation of social benefits and so on allowed attracting broader support for the project as a whole.

Conservative voters were encouraged by introduction of a provision on marriage that is viewed strictly as a union of a man and a woman – as well as by the mention of God in the Constitution. Enshrinement of conservatism in Russian basic law was among many issues that drew criticism from international community – which was met with a backlash. For example, Deputy Chairman of State Duma Pyotr Tolstoy has publicly stated ambassador of Canada to Russian Federation, Alison Le Claire, will “burn in hell” for the support she expressed to the LGBT+ community in regard to this situation.

Some of the amendments deal with the government, in particular a populist move to prohibit individuals that hold citizenship of another state to take high political positions, and for many of those in office to have accounts in foreign banks. According to DFRLab, the notion received wider attention in Russia than in the West and was praised by pro-Kremlin commentators in particular for protecting the state from “Ukraine scenario” of alleged Western external governance – which remains one of Moscow’s key narrative on Ukraine and a favorite message of Kremlin’s local agents of influence.  Meanwhile, amendments focusing on the protection of “historical truth” mark strategic nature of Kremlin’s campaign to whitewash Soviet history, appropriate victory in WWII and discourage its critical re-evaluation, while attacking the West.

What Are the Amendments REALLY About?

Within all the 206 amendments, several of particular importance are buried. Some of them were suggested at later stages, such as a provision prohibiting “actions … directed at secession of a part of territory of Russian Federation and calls for such actions”. Andrey Klishas, co-chairman of the working group on constitutional amendments, admitted that this specific notion is aimed at making return of occupied Crimea to Ukraine impossible. Another essential amendment basically puts Russian law above the international one, which, to begin with, spares government from the trouble of dealing with decisions of the European Court of Human Rights.

The most important amendment, however, and the one for the sake of which this whole package has arguably been designed, nullifies Putin’s presidential terms. This allows him to run again as a candidate in the future election and, essentially, remain a ruler of Russia until 2036. Putin himself has not yet openly declared his intentions: he said that he does not “rule out the possibility”. The claim may be considered a rather poor exercise in favorite presidential tactic – to keep the audience (and the conflicting parties in Russian elite) in the state of uncertainty.

While varying scenarios of regime preservation, such as appointing Putin a Head of the State Council, remain on the table, for now they appear secondary, to say the least. Russian government is less and less bothered with keeping a democratic façade of any kind and running a complicated political theater of “sovereign democracy”. It is a demanding and sophisticated practice that takes up a lot of resources, which are diminishing due to ongoing economic crisis. Moreover, it seems that keeping up appearances is not that necessary. Kremlin has found different ways to mobilize key voter groups and legitimize its autocracy at home; and abroad some Western allies, while maintaining a degree of economic pressure on Moscow, seem less bothered by Russian abuse of democracy than they should be.

Not Free and Not Fair

The growing dismissal of democratic façade is showcased not only by the sentiment behind keeping Putin in power, but also by the staggering amount of vote rigging. From voter turnout  higher than 100% in Yamal Nenets Autonomous District to videos of stuffing a whole set of ballots in the bins in Moscow, these are just separate examples of massive fraud. Opinion based on statistical analysis was expressed that this has been the most heavily rigged voting since 2020.

Central Election Committee started declaring the preliminary results of the vote early on, when the polling stations were to be open for more than 4 hours. Many experts were concerned with electronic voting which made it difficult to monitor the possible abuse. Voters overseas were in general much less enthusiastic about supporting the amendments than those in Russia. EU urged Moscow to investigate the cases of fraud – a call that will fall on deaf ears in Kremlin – and busied with solving another problem.

As Putin’s plebiscite did not fall under a category of referendum, there was no need for independent observers – but Moscow feigned international recognition by inviting select political figures to legitimize the vote. The choice was not surprising. Presented by Russian media (which also focused heavily on “debunking fakes” about the voting – that in reality was dismissing cases of potential fraud) as respectable and unbiased European politicians, the observers were fringe far-right politicians. Guests that praised the vote for “high standards” and “level higher than in Germany”, come from parties traditionally aligned with Kremlin.

Dependent Observers and Why They Matter

For example, Stefan Keuter, Alternative for Germany, is a supporter of Nord Stream 2 project, well in touch with Russian media that occasionally invite him to comment on different issues – and provide the viewers with “evidence” that Russian policy enjoys broad international support. French far-right National Rally was represented, in particular, by Thierry Mariani who has repeatedly endorsed Russian annexation of Crimea. Paolo Grimoldi of Italian Lega Nord has previously labeled sanctions against Russia as “useless”.

Attracting politicians of this kind was essential for Moscow in order to achieve two goals at once. First, it allowed claiming that international community has blessed Putin’s constitutional amendments, which is supposed to give them additional legitimacy. Second, it was a further step to legitimize occupation of Ukrainian territories – vote was held in Crimea, which is internationally recognized as a part of Ukraine, and voters were also shuttled from parts of Donbas region currently not under control of Ukrainian government. Kremlin is actively issuing Russian passports in its puppet republics, again violating international law in the process. Having “Russian citizens” in Donbas presents Moscow with additional resource for charades akin to amendments vote – and also puts Kyiv under growing pressure, as Kremlin has an excuse to further meddle into local affairs under presence of  protecting “Russian citizens”.

In the end, results of the plebiscite may, indeed, be considered “a triumphant referendum on Putin” as his spokesperson said – constructed by Kremlin and having little to do with actual will of the people. As dramatic as this development is, it is far from being a surprise –  Russian government has been consistent with undermining democratic practices for the last 20 years. Vote on constitutional amendments is merely a next logical step for a regime to enshrine this policy in law. The question is what will the international community do with yet another piece of piling evidence that Russian regime has little concern not only for its neighbors, but for its own citizens as well.