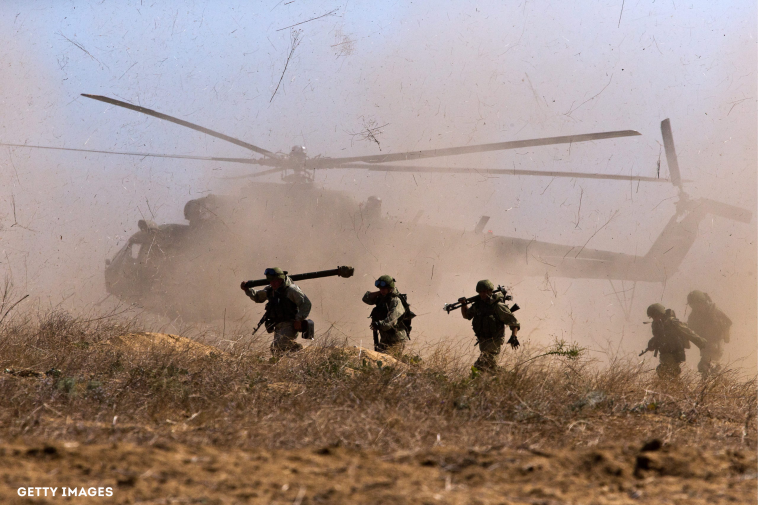 As the episodes of military escalation in Donbas become more frequent, experts say the conflict in eastern Ukraine could possibly unfreeze. After the drills, Russian forces remain near the border with Ukraine as more troops and weapons are deployed to the border and in the occupied Crimea, reports on the Russian social media show. At the same time, the Ukrainian Armed Forces conducted military drills near Crimea using long-range multiple launch rocket systems Smerch and surface-to-air missile systems Osa. Border tensions are in the media spotlight both internationally and nationally. We’ve collected key points, read on.

As of March 30, Russia deployed a total of 28 battalion tactical groups along the border with Ukraine and to the occupied territory in Donbas and Crimea, Colonel General Khomchak said Tuesday in his address to the Parliament.

The Ukrainian Armed Forces Command projects that Russia will station “up to 25 more battalion tactical groups” near the Ukrainian border and in Crimea that, “together with the actual forces deployed to the border with Ukraine, pose a national security threat,” the Commander in Chief said.

Since Russia occupied Crimea in 2014, its military force in the peninsula increased to 32.7 thousand troops, Col. Gen. Khomchak elaborated.

Ukraine’s intelligence report. According to the Chief Intelligence Directorate of the Defense Ministry of Ukraine, the Russian Federation is in the final stages of preparing a set of measures that are to provoke Ukraine’s military response to the hostile attacks on the contact line in the east of the country.

“Also, Russia plans to bolster its military presence in the territory of the so-called ‘DNR’ and ‘LNR’ by sending its regular troops with the explanation that it needs to protect the Russian citizens in the self-proclaimed republics (who are Ukraine nationals that were forced to take the Russian nationality in the past years),” the intelligence statement reads.

“Besides, the Russian troops may attempt to advance deep into the territory of Ukraine. What we also know is that the Russian diplomatic missions abroad and media are on alert to reach out to the international community covering the alleged aggression by the Ukrainian Armed Forces and Russia’s ‘peacemaking’ activities in response,” the intelligence agency said.

Statement by the President. President Zelenskyi made a restrained statement on the escalation of the situation at the border. “Russia traditionally flexes its muscles by conducting military drills and staging provocations along the border. That’s what it does to create a sense of threat and, at the same time, exercise pressure during the ceasefire talks and target peace as our value,” the President said.

“We are always ready to any provocations,” he added. “Each news piece on the casualty is painful to the families, all Ukrainians, and to me as the President. That’s why we don’t cease our attempts to negotiate the ceasefire as the quickest tactical step. Our strategy is to achieve peace and bring back our people and land,” Volodymyr Zelenskyi said.

Earlier, when asked about the buildup of Russian troops near the border with Ukraine, the spokesperson of the Russian President Dmitriy Peskov said that the Russian Federation is moving troops in its territory as it prefers and “that should not worry anyone, as it does not represent a threat to anyone.”

According to Peskov, Russia is doing what it takes to protect its borders. When asked if the troops deployed to the border may “follow their heart” into helping the “self-proclaimed republics in Donbas”, Peskov repeated that the Russian troops have never participated in the war in eastern Ukraine and will not do so.

To remind, numerous pieces of evidence from 2014-2015 and later, point at the Russian troops’ direct involvement and run counter to the Kremlin’s statement.

U.S. Chief of Staff talks to Russian, Ukrainian counterpart. On March 31, the Chairman of the Joint Chiefs of Staff Gen. Mark Milley spoke with the Chief of the Russian General Staff Gen. Valery Gerasimov by telephone. According to the Russian Defense Ministry, the U.S. initiated the conversation.

Both sides kept the details of their conversation private. The call took place after the Commander in Chief of the Ukrainian Armed Forces addressed the Parliament to report on the buildup of Russian troops near the border, Reuters underscores. The readout of Gen. Milley’s call with Gen. Gerasimov says the leaders “exchanged their views on issues of mutual concern”. That’s not their first talk.

On March 31, the Chairman of the U.S. Joint Chiefs of Staff General Mark Milley also talked to his Ukrainian counterpart. There is not much detail on this conversation either. According to the General Staff of the Ukrainian Armed Forces, Col. Gen. Khomchak updated his counterpart “on the security situation in Ukraine and at its borders.”

General Milley “reaffirmed unwavering U.S. support for Ukraine’s sovereignty and territorial integrity within its internationally recognized borders,” the statement by the General Staff of the Ukrainian Armed Forces reads.

Responding to the question about the reason for Gen. Milley’s call to Russia and Ukraine, the Pentagon’s Press Secretary John Kirby said the agency is concerned about the recent escalations of Russian aggression in eastern Ukraine, and those concerns are also being discussed with the NATO allies.

The U.S. reacts to the escalation in Donbas. The U.S. European Command raised its watch level from possible crisis to potential imminent crisis after the escalation of Russian aggression in eastern Ukraine that led to the deaths of four Ukrainian soldiers, and Russia’s buildup of troops near the border.

Also, the U.S. Secretary of Defense Lloyd Austin spoke by phone with the Ukrainian Ministry of Defense Andriy Taran, to discuss the defense and security cooperation between the states.

Secretary Ostin expressed concern over the recent escalations of the Russian aggressive actions and reaffirmed the U.S. support for Ukraine amid the ongoing Russian aggression in Donbas and Crimea. As per Ukraine’s Defense Ministry, the U.S. will not leave Ukraine alone if Russia escalates aggression towards Ukraine.

Defense Minister Taran spoke of the systematic escalation in the combat zone and Russia’s reluctance to respect the ceasefire. He mentioned the deaths of the four Ukrainian troops on March 26.

The parties released readouts of the video conference, each one different by tone and content. While France and Germany insist on the Normandy Four talks, the Kremlin presses for talks between the Ukrainian government and the Russia-controlled administrations in the occupied part of Donbas.