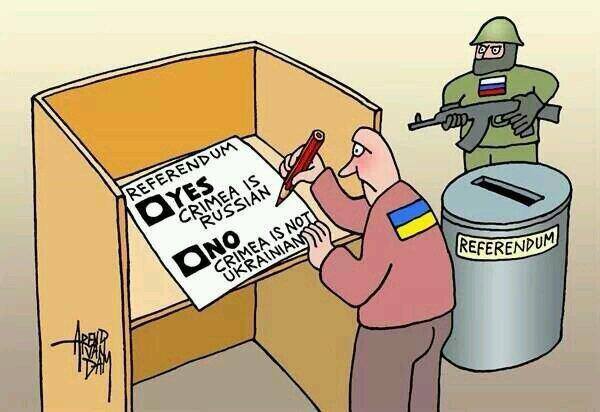 On March 20, a Ukrainian serviceman was wounded in action near Shumy, in proximity to Horlivka in Donetsk region. He died during the evacuation to a hospital.

The Ukrainian representation to the Joint Center for Control and Coordination of the ceasefire and stabilization of the contact line in Donbas reported blatant violations by Russia’s proxies.

OSCE. According to the daily spot released by the OSCE Special Monitoring Mission to Ukraine (OSCE SMM) on March 19, the mission patrol, while stationed near government-controlled Bohdanivka recorded “a burst of heavy machine gun fire” assessed as coming from the disengagement site near Petrivske, the area not controlled by the government.

The patrol discovered five towed howitzers near Novobesheve, a town in the uncontrolled area located 21 km to the south of Donetsk. The type of the howitzers was not identified.

OSCE SMM continues to record the evidence of Russia’s military presence in the security area.

In the area outside the government’s control, the mission’s unmanned aerial vehicle spotted an armored personnel carrier (APC) MT-LB and an antiaircraft gun ZU-23 near Lohvynove. In a residential area near Stukalova Balka, within just nine kilometers from Luhansk, OSCE SMM recorded an APC BTR-80.

Russia-backed militants continue to lay mine fields towards the contact line. On March 15, the OSCE SMM’s unmanned aerial vehicle spotted at least 200 anti-tank mines laid near the E-40 road, three kilometers away from Lohvynove.

That same day, the mission’s UAV also recorded a total of 60 anti-tank mines laid in three groups across the same road, and 113 anti-tank mines in the fields on eastern and western edges of the road.

March 2021 marks seven years since the start of the Russian occupation of Crimea. On March 18, 2014, President Putin signed off on the illegal “Agreement on the Annexation of Crimea to the Russian Federation” that followed the Kremlin-orchestrated fake “referendum”.

The “referendum” was held as the “green men” (Russian regular troops) flooded the peninsula.

Ukraine, the EU, and the U.S. did not recognize the “referendum results”. Today, the occupation administration in the peninsula persecutes, arrests, and illegally prosecutes Ukrainian and Crimean Tatar activists in violation of human rights.

G7 foreign ministers’ statement. On the day that marks seven years since Russia’s illegal occupation of Crimea, theforeign ministers of Canada, France, Germany, Italy, Japan, the UK and the U.S., and the High Representative of the European Union released a statement condemning “Russia’s continuous actions to undermine Ukraine’s sovereignty, territorial integrity and independence”.

The statement was published on the web site of the UK government.

By its use of force against the territorial integrity of Ukraine, Russia has clearly violated international law and contravened the principles of respect for the territorial integrity of any State and the prohibition of any use of force to change borders, the statement underscores. The G7 foreign ministers denounced Russia’s temporary occupation of the peninsula. “Russia’s attempts to legitimise it are not, and will not, be recognized,” the statement reads.

The document also condemns Russia’s aggression in Donbas emphasizing violations of the Minsk agreements. Russia is a party to the conflict in eastern Ukraine, not a mediator, the statement underscores.

The G7 countries also called on Russia to stop fueling the conflict by providing financial and military support to the armed formations it backs in eastern Ukraine, as well as by granting Russian citizenship to hundreds of thousands of Ukrainian citizens.

The G7 reconfirmed its full commitment to the implementation of the sanctions against Russia. “Crimea is Ukraine,” the statement wraps up.

Statements by President Zelenskyi and the Foreign Affairs Ministry of Ukraine. President Zelenskyi and Foreign Affairs Minister Dmytro Kuleba responded to the G7 foreign ministers’ statement. “It’s a true gesture of friendship to support our initiative to establish an International Crimean Platform to consolidate the international community’s efforts on Crimea and to stop Russian aggression. Ukraine moves towards peace,” the President twitted.

Foreign Affairs chief Dmytro Kuleba thanked the G7 counterparts for the support to the Crimean Platform initiative: “Grateful for the strong G7 support of Ukraine, condemning Russian aggression. Russia is a party to the conflict, not a mediator, must unblock the peace process. Attempts to legitimize Crimea occupation will never succeed.”

Economy: Ukraine’s economy to expand 4.6 per cent in 2021, the Ministry reconfirms the projection

“We maintain our forecast of economic growth at 4.6 per cent. Our expectation in the first quarter was for a GDP decline of three per cent. So far, in the first two months, (the GDP) shrank by 2.2 per cent,” the Minister of Economic Development, Trade and Agriculture of Ukraine Ihor Petrashko told Interfax Ukraine news agency.

The forecast includes the risks of the potential lockdowns, the Minister added. “We hope that they will not happen. Last year, our forecast put the economic drop at 4.8 per cent, and the actual decline was 4.2 per cent,” Petrashko said.

According to the State Statistics Service of Ukraine, in the final quarter of 2020, the decline of the real GDP slowed to a 0.7 per cent rate. In the first quarter of last year, the GDP fell by 1.3 per cent, in the second quarter – by 11.4 per cent, and in the third quarter – by 3.5 per cent. The State Statistics Service has not yet released the annual GDP growth rate.

Between March 10 and 12, 2021, the Kyiv International Institute of Sociology conducted a survey using a Computer Assisted Telephone Interviewing (CATI) system and a random sample of cell phone numbers.

Most trusted is Volodymyr Zelenskyi (45 per cent), followed by Yulia Tymoshenko (31 per cent), Yuriy Boiko (26 per cent), and Petro Poroshenko (25 per cent). Least trusted are Maksym Stepanov and Serhiy Sternenko (eight per cent each), and Oksana Marchenko (10 per cent).

The highest ratio of trust to distrust (the share of the public that distrusts subtracted from the share that trusts) has Zelenskyi (minus seven per cent), followed by Sternenko (-16 per cent) and Stepanov (-23 per cent). Medvedchuk (-57 per cent), Avakov (-48 per cent), and Poroshenko (-48 per cent) have the lowest.

An overwhelming majority (92 per cent) of Ukrainians say that the oligarchs have a large impact on public life that they exercise through selected MPs (38 per cent), media (27 per cent), and the President (10 per cent).

A majority (52 per cent) of Ukrainians approve of the U.S. sanctions against Ihor Kolomoyskyi, 14 per cent disapprove. As to the role of President Zelenskyi in the rollout of the sanctions, 42 per cent think he was not involved, nine per cent say he helped develop the U.S. sanctions, and seven per cent are convinced that he tried to block them.

As the spread of coronavirus widens, Ukraine nears a critical situation. On March 21, Ukraine recorded 7,893 new cases, 3,026 hospitalizations, 157 deaths, and 2,993 recoveries. A large number of hospitals are reaching 100 per cent bed occupancy.

The Health Ministry has updated the zones under the nationwide COVID-19 framework. The regions in the red zone are Zhytomyr, Zakarpattia, Ivano-Frankivsk, Chernivtsi, Odesa, Kyiv, and the city of Kyiv.