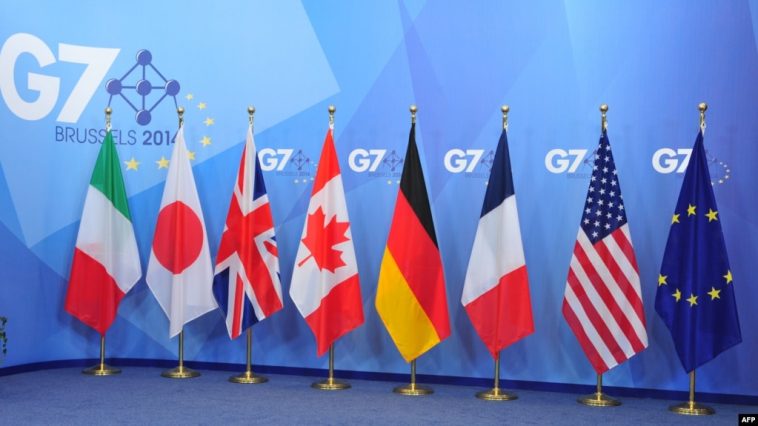 On June 13, Russia-backed militants made two attacks, the Joint Forces command said in a morning report. There were similar attacks throughout last week.

Ukraine’s Joint Forces incurred no casualties. The Ukrainian side to the Joint Control and Coordination Center notified the OSCE Special Monitoring Mission to Ukraine of all the ceasefire violations, the report reads.

Ahead of the NATO summit and the Biden-Putin meeting in Geneva, the Ilko Kucheriv Democratic Initiatives Foundation and the Razumkov Center released a new joint national survey.

The Ukrainian society will not accept a “big agreement” on Ukraine made between Russia and the West in the absence of Ukraine, the survey finds. Not even if the Ukrainian government accepted it. The idea of giving up Crimea to pay the price for a peace in Donbas does not draw Ukrainians’ support either.

Russia is the aggressor. A majority of Ukrainians (71 per cent) acknowledge the war with Russia, 15 per cent deny Russia’s responsibility.

The same is true of all the macro-regions including eastern Ukraine. However, when asked in a less direct way to define the conflict, Ukrainians provided more nuanced answers. Still, a majority (53 per cent) of Ukrainians say that the conflict is an act of Russia’s direct aggression and is supported by local militants.

Time is the enemy of Russia. In southern and eastern regions there are alarming signals, research authors say. One-in-four respondents say that in the East “there is an internal conflict, and Russia only supports one of the parties”. Another 15 per cent label Russia’s aggression as “internal civil conflict”. Russia has been disseminating the narrative for years, and used it to its benefit. Still, there are reasons for optimism.

In November 2019, the Ilko Kucheriv Democratic Initiatives Foundation conducted a survey in which the same questions were asked. One and a half years later, much fewer Ukrainians buy into Russia’s statement of “a civil conflict” in Donbas, it is especially in the East and South that the numbers have plummeted. Some 15 per cent and 11 per cent respectively represent a decrease from 22 per cent and 21 per cent in 2019.

So, time plays into the change as opinions move away from Russia’s narratives. The prospects are even more favorable following the shutdown of pro-Russian television channels of Viktor Medvedchuk.

Crimea: not a subject of bargaining. There are concerns that Russia will try to bargain away the peace in Donbas for relaxing of sanctions, and Kyiv’s unofficial refusal to restore sovereignty over Crimea.

In the past years, Ukraine’s Crimean agenda was often underrepresented, creating a favorable view of such a deal with the Western political elites.

By readying to launch the Crimean Platform, the Ukrainian government is trying to flip the state of play. While the founding event is scheduled in August, and the messages have not been out yet, the public’s views are already there.

The public finds unacceptable the idea of “giving up Crimea” in exchange for Donbas. Only seven per cent of Ukrainians say that a lasting peace in Donbas is to be achieved by granting autonomy to Donbas and accepting the occupation of Crimea. Only three per cent believe that a peace in the East can follow the official recognition of Crimea’s annexation.

Ukraine is against the completion of Nord Stream 2, the pipeline’s launch should only be conditioned on de-occupation of Ukraine’s territories and energy security guarantees, the Foreign Minister of Ukraine Dmytro Kuleba said Monday.

Nord Stream 2 is primarily a threat to Ukraine’s security, not just economy, Kuleba underscored. “We are against Nord Stream 2. The condition for its launch should be the de-occupation of our territories and energy security of Ukraine. Fair compensation for threats,” the Foreign Minister twitted.

He said that was his position in the Berlin talks last week.

In a recent interview with Die Welt, Kuleba said that Kyiv is ready to negotiate a compensation for the loss of revenues from gas transit after the launch of Nord Stream 2, but “will not necessarily agree to what we are offered.”

The U.S. Secretary of State Antony Blinken said that Washington and Berlin are discussing ways to soften the consequences for Ukraine of the pipeline going into operation.

“We are actively engaged with [Berlin] to look at what can and should, and I believe must be done to make sure that the transit fees that Ukraine at some point in the future may lose as a result of this pipeline [is] made whole,” Blinken said.

G7 appeals to Russia over the conflict in Ukraine

In the final communique of the three-day meeting in the UK, leaders of the Group of Seven made an appeal to Russia over the conflict in Donbas.

The G7 leaders  call  on  Russia  to  alleviate  tensions  and  act  in accordance  with  its  international  obligations,  and  to  withdraw  the  Russian military  troops  and materiel at the eastern border of Ukraine and on the Crimean peninsula.

“We remain firmly of the view that Russia is a party to the conflict in Eastern Ukraine, not a mediator. We affirm our support for the Normandy Process to secure the implementation of the Minsk agreements, and call on Russia and the armed formations it backs to engage constructively and recommit to the ceasefire,” the statement reads.

The Group of Seven also reiterated their support for the independence, sovereignty and territorial integrity of Ukraine within its internationally recognized borders.

“I am grateful to the leaders of the UK, Germany, Canada, Italy, the U.S., France, Japan, and the EU for the unwavering support of the independence, sovereignty, and territorial integrity of Ukraine in its internationally recognized borders, and for calling on the aggressor to withdraw its troops from our eastern borders and Crimea. Crimea is Ukraine,” President Zelenskyi said.

By the daily number of infections, Ukraine ranks 48th in the world, and eighth in Europe.