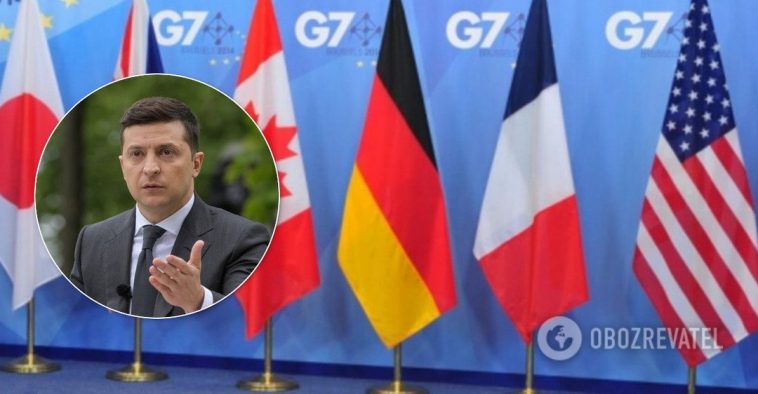 The situation in the combat zone remains moderately tense. Over the last week Russia-backed militants fired upon the Ukrainian troops’ positions from Minsk-proscribed 82-mm and 120-mm mortars as well as from grenade launchers, heavy machine guns and small arms.

In the area of responsibility of the operational-tactic command “Skhid” (East), Russia-backed militants fired from 82-mm mortars on the outskirts of Avdiyivka and Shyrokyne. They also fired upon Ukraine’s Joint Forces’ positions near Pavlopil using infantry weapons and S-8 unguided rockets.

Foreign policy: Zelenskyi calls not to let Russia re-join G7 until it returns Crimea and Donbas to Ukraine

President Zelenskyi calls on the international community to keep putting pressure on Russia, so that it returns the lands it seized from Ukraine. Until then Russia should not be allowed to re-enter the G7, Zelenskyi told Canadian news journal “The Globe and Mail” in an interview.

After the U.S. President Donald Trump said he intends to invite Russia to join the G7 meeting this coming September, Prime Ministers of Canada and the UK reacted by stating that they will not let Russia re-join the G7 until Ukraine gets its lands back.

“Justin Trudeau said on June 1 that there is no chance for Russia to return to the G7 until the full restoration of the territorial integrity of Ukraine and we are grateful for that support – and I should say that there will be no resolution if the world doesn’t keep the pressure on Russia in that regard,” Zelenskyi said.

To remind, in late May Trump announced that the G7 summit was postponed until September 2020, he also said he would like to invite four more countries to join – Russia, Australia, India and South Korea. The G7 members are the U.S., Italy, Japan, Canada, France, Germany and the UK.

Based on the country’s 2019 developments, Freedom House scored democracy advance in Ukraine with 3,39 on a scale of one to seven. Ukraine ranks 16th among the 29 post-communist states that the “Nations in Transit 2020” report assesses. It is the second best result of a country that once was part of the Soviet Union, the Baltic States scored best.

Opinion polling: how Ukrainians remember the USSR, and how Russians do

A recent survey by the Kyiv International Institute of Sociology (KMIS) suggests that 50 per cent of Ukrainians do not regret the dissolution of the USSR, while over 30 per cent do.

In the West of the country, the overwhelming majority of Ukrainians do not regret the dissolution of the Soviet Union (69 vs 15 per cent); the ratio changes in central Ukraine – 51 vs 32 per cent. In the South and East those regretting outnumber those who aren’t: 41.5-49 vs 35-39 per cent depending on the region.

Dynamics since 2013. Sociologists of KMIS compared the data against their survey’s results of May 2013 (excluding Crimea and the occupied areas of Donetsk and Luhansk), the number of respondents seeing benefits rather than harm decreased from 35 to 48 per cent since 2013.

Similarly, respondents opting for “damaging”, grew in number from 18 to 28 per cent, those undecided decreased from 31 to 25.5 per cent.

In Russia the situation is almost reverse: 65 per cent of Russians regret the dissolution of the USSR, 26 per cent do not. Results are provided by Levada Center, a Russian NGO.

What is Putin’s take on World War II lessons? Last week Vladimir Putin commissioned an article to “National Interest” on “The Real Lessons of the 75th Anniversary of World War II”. UCMC’s Hybrid Warfare Analytical Group analyzed the text, check it out.

What are the key Russian narratives on gender equality and LGBT+ rights? What is the role of the church in it? UCMC’s Hybrid Warfare Analytical Group takes a look, details.

Ukraine recorded 681 new cases over the last day, the total number of Ukraine’s coronavirus cases as of June 22 is 31,241.

Ukraine’s chief sanitary doctor Viktor Lyashko said Ukraine is demonstrating a considerable single-day increase in new coronavirus cases that even outnumbers world trends. He said the reason for that is reopening not the increased testing. Public transport including metro and kindergartens reopened. The single-day tally of new cases then started growing.

Prime Minister Denys Shmyhal said the next wave of the coronavirus pandemic is emerging in Ukraine. “We are actually at the start of the next wave of coronavirus infections, call it the first or the second wave. Our only savior is social distancing, disinfection, and mask wearing,” the Prime Minister said at an extraordinary cabinet meeting. He said the rapid increase in the number of new cases in Ukraine is a result of restriction measures being ignored by both Ukrainians and local authorities empowered to control the compliance.