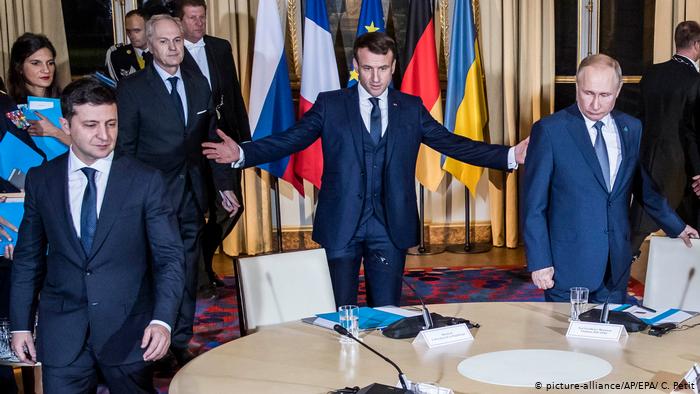 A fragile ceasefire holds in the combat zone in eastern Ukraine. Last week, the focus was on the upcoming “inspection” of Ukrainian positions by Russia-backed militants that got cancelled at the last minute. UCMC picked the incident for a closer analysis and produced a piece, go back and re-read it: “The price of peace: Russia anxious to legitimate its militants in Donbas”.

OSCE reports. On September 11, an unmanned aerial vehicle of the OSCE Special Monitoring Mission to Ukraine recorded violations of weapons withdrawal on the part of Russia-backed militants, reported Ukraine’s Joint Forces Operation on their official Facebook page, quoting Ukrainian representatives to the Joint Coordination and Control Center on ceasefire and stabilization at the contact line.

Ceasefire violations. On September 13, Russia-backed militants violated the ceasefire twice. They fired non-precision shots from under-barrel grenade launchers at the Ukrainian troops’ positions near Avdiivka and Pisky, the official report says. Ukrainian troops did not return fire. No casualties were recorded.

Failed to agree: how the Normandy meeting went in Berlin

Not only did the long-awaited meeting of the advisers to the Normandy Four state leaders in Berlin resulted in no breakthroughs, but it also became a disappointment for both Kyiv and Moscow.

Negotiating positions of Ukraine and Russia distance more and more, almost no space is left for a maneuver or compromises with the Russian Federation, even if the longing for “peace” is strong. At the same time the “plan B” to revise is becoming an increasingly realistic prospect.

What are the risks for Ukraine? What should Kyiv do to avoid Russia’s traps? Maria Zolkina, analyst at the Ilko Kucheriv Democratic Initiatives Foundation, addresses the questions in her recent article for “European Pravda” (Yevropeiska Pravda). We picked her key points.

Failed to agree. Extend the ceasefire is actually the only agreement reached in Berlin. However, it was not supported by any additional guarantees, and can be violated anytime, as it already happened in the past by the Russian side. Unanswered was also left a priority question on Ukraine’s agenda that is also of matter to President Zelenskyi personally – the next round of the prisoner swap.

Tactical points, like demining and new control points across the contact line, were pre-agreed at the Minsk meeting of the Trilateral Contact Group. There is even less consensus about the new meeting of the Normandy Four leaders that Volodymyr Zelenskyi has as a priority.

Ceasefire as Moscow’s pressure tool. For Moscow, ceasefire is no more than a political tool to exercise pressure on Kyiv demanding that it starts implementing the political part of the Minsk protocol. If Russia gets no concessions, there will be no ceasefire.

Russia’s “baby steps” tactics. The Kremlin will keep combining high pressure and ultimatums with the tactics of “baby steps” that run counter to Ukraine’s interests.

The derailed joint inspection that was supposed to take place near Shumy on September 10 (“The price of peace: Russia anxious to legitimate its militants in Donbas”) is one of the dangerous “executive-level” initiatives upheld by Russians. They will be trying to use the ceasefire to legitimate their proxies – representatives of the so-called “republics” as a point of contact for the Ukrainian Armed Forces.

It highlights the consistency of Russia’s efforts to impose a direct dialogue at all levels with the militants it controls. There should be no doubts: alongside the diplomatic pressure in the Normandy format similar “initiatives” will be also actively promoted within the Trilateral Contact Group in Minsk.

According to Holovan, the proceedings quote Article 110 and Article 109 of the Criminal Code addressing the actions undermining territorial integrity, dismantling of the constitutional order, as well as treason, misuse of public property, financing of terrorism, interference into the operation of IT networks.

Lawyer Illya Novikov emphasized that all previous fake proceedings against Poroshenko had reached a dead end, so that the law enforcement, ordered by the office of the President, started a bunch of new ones.

To remind, after Volodymyr Zelenskyi was elected President in 2019, about 30 criminal proceedings were started against Petro Poroshenko. Part of them has been closed, including the case of the “Kuznya na Rybalskomu” plant and the Tomos case.

The coronavirus surge in Ukraine is gaining ground. While in the beginning of August Ukraine ranked 35th by the total number of cases, over the course of a month it moved up and now ranks 25th, surpassing the case count in China, Kazakhstan, Egypt, and Canada. Ukraine has gone from 71,056 cases recorded on August 1 to 156,797 cases recorded on September 14.

On September 14, a new zoning made according to the dynamics of coronavirus spreading went into effect in Ukraine. The zones are assigned colors, each marking a different set of restrictions. Kyiv has found itself in the “orange zone”, thus facing tighter restrictions. In particular, the number of participants in mass gatherings was capped at 220 (allowing for 10m2 per one person); lodging other than in hotels is no longer possible, operation of recreation facilities and camps for children is halted; a group of students attending university classes should not exceed 20; planned hospital admissions are halted (except for pregnant women, newborns and cancer patients); the number of visitors to gyms was capped at one person per 10 m2; public transport is now operated with the 50-per-cent seating capacity.