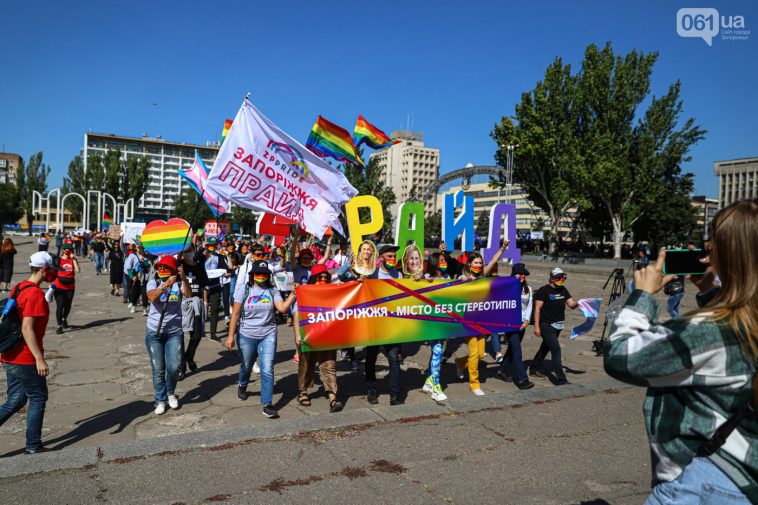 The situation in the combat zone in eastern Ukraine is stable, minor ceasefire violations are recorded daily. On September 18, Ukrainian troops recorded two ceasefire violations by Russia’s hybrid forces. Thus, Russia-backed militants fired upon the Ukrainian troops’ positions from under barrel grenade launchers outside Vodyane. They also used heavy machine guns near Novotoshkivske. The harassing fire did not was not considered life-threatening for the Ukrainian troops, so they did not return fire, the command reported. Similar sporadic episodes of harassing fire were also observed throughout the week.

OSCE: Grad MLRS and tanks out of designated sites. According to the daily report by the OSCE Special Monitoring Mission to Ukraine (OSCE SMM) released on September 15, OSCE’s unmanned aerial vehicle spotted a violation in the territory not controlled by the Ukrainian government.

The Ukrainian delegation to the Joint Control and Coordination Center point at these facts as an evident violation of the Minsk agreements and the accords reached on July 22, 2020 establishing the measures called to solidify the ceasefire.

Casualties. On September 16, near Novotoshkivske, a Ukrainian serviceman was killed in a grenade explosion caused by improper handling. On September 15, near Vodyane by the Azov Sea, one serviceman was injured by the blast of an explosive device as he was conducting engineering works. He is in fair condition. On the same day, near Shumy, in Donetsk region, two servicemen were wounded by the explosion of the RGD-5 grenade possibly set as a booby trap. Both troops were taken to hospital in Toretsk, their condition is fair and stable.

Negotiating peace in Donbas: is Austria a new location for the Trilateral Contact Group to hold talks?

After mass protests erupted in Belarus, a discussion started as to whether the negotiations on peace settlement in Donbas should be moved from their current setting in Minsk. One of the reasons in favor of changing the location is the possible deployment of Russian troops to Belarus, in case that happens, it will signal de facto occupation of the country. At the same time, the issue does not require immediate action, as due to the coronavirus pandemic the delegations are not physically meeting in Minsk, but are negotiating online. Still, different possibilities are discussed in diplomatic circles, and are being debated by politicians and negotiation participants.

“That’s why we are considering alternative solutions. A series of reasons (would make us decide). Not necessarily it will be the deployment of Russian troops that will make us make the decision. Other events can happen that will make Minsk an impossible choice as a platform for negotiations,” the diplomat said.

He added that those events can be in the humanitarian, political, human rights, intelligence or security dimension.

Statement by the chancellor of Austria. In mid-September, the Chancellor of Austria Sebastian Kurz said that Austria was ready to host the negotiations on peace settlement in eastern Ukraine in Vienna. He made a remark during the press conference that followed his meeting with President Zelenskyi of Ukraine.

“We are well aware of the issue (potentially moving the negotiations out of Minsk – edit.). We stay ready to contribute, should there be a possibility. Of course, the decision depends on the Ukrainian and Russian parties, while we stay ready to contribute,” Chancellor Kurz said. He added that Austria has always actively encouraged the dialogue, it also tries to use its contacts with the East and the West to the benefit of all sides.

What does President Zelenskyi say? The President said that the possibility of moving the Ukraine peace talks out of Minsk will not be discussed until the situation in Belarus is settled.

“That’s a good suggestion. The current political situation in Belarus is not favorable for us to work on the ground in Minsk. The people have stood up against Lukashenko, and everything is now saying that the protests will continue. It is very hard to work under conditions like that,” Kravchuk said. He added that if nothing changes, the participants of the Trilateral Contact Group will need to be looking for a different setting. The authority to decide on relocation rests with the OSCE, an intermediary in the talks.

Opinion poll shows pessimism on the rise in Ukraine

An opinion poll held by the sociological group “Rating” on September 3-6, 2020, demonstrates that 68 per cent of Ukrainians think that the country is headed in the wrong direction, 18 per cent say it’s on the right track.

Economic forecast. When asked about the near future, 32 per cent of Ukrainians said they expect no changes in the country’s economic situation in the next six months, 43 per cent said it will get worse, and 15 per cent expect it to become better.

Economy and the government lacking competence. Fifty-seven per cent of Ukrainians name incompetence of the central authorities the main reason that may lead to an economic crisis this fall. Twenty-six per cent say the coronavirus pandemic may trigger the hardships, eight per cent blame them on the war in Donbas.

The fight against coronavirus. Forty-five per cent consider adequate the measures that the government introduced in response to the coronavirus spread. Twenty-three per cent think the restrictions are too weak, 18 per cent are convinced they are too harsh. Since April, the number of Ukrainians who consider the restrictions too weak and too strong has been equally growing.

Sixty-one per cent of the polled are more afraid of the economic consequences of the pandemic than of getting infected. Twenty-nine per cent are more concerned with the coronavirus spread.

Approval of the way institutions are handling their job. Thirty-five per cent of Ukrainians approve of Volodymyr Zelenskyi’s performance as President, versus 57 per cent who disapprove. Twenty-three per cent have positive assessment of Dmytro Razumkov’s performance as head of the Parliament, versus 55 per cent who disapprove; 23 per cent said they were undecided. Prime Minister Denys Shmyhal holds a 14 per cent approval rating, 59 per cent disapprove of his handling of the job; 27 per cent were undecided. The lowest rated central-authority institutions appeared to be the government (73 per cent measured its performance as negative) and the Parliament (76 per cent).

Society: a rally for LGBTQ rights in Zaporizhzhia

On September 20, a rally for LGBTQ rights was held in Zaporizhzhia for the first time. The rally was attended by about 500 participants who also came from Kyiv, Kharkiv, Kherson etc. Activists marched on Festyvalna square and Tsentralnyi boulevard.

“Gender Z”, a co-organizer of the event, said the rally aimed at bringing public attention to discrimination of the LGBTQ community in Ukraine. According to “Nash Svit” (Our World) organization, in 2019 at least 369 hate crimes were recorded.

Preparations to the rally lasted six months, in line with the coronavirus restrictions, the organizers provided participants with masks and instructed them to keep a safe distance.

Before the rally started, a group of opponents gathered nearby. Over 700 law enforcement staff members were deployed to keep public order. After the rally, the participants were transported by buses to a pre-defined place. Three individuals tried to break through the police chain, but police detained them. Police also seized what might be a rubber bullet gun from one of them.