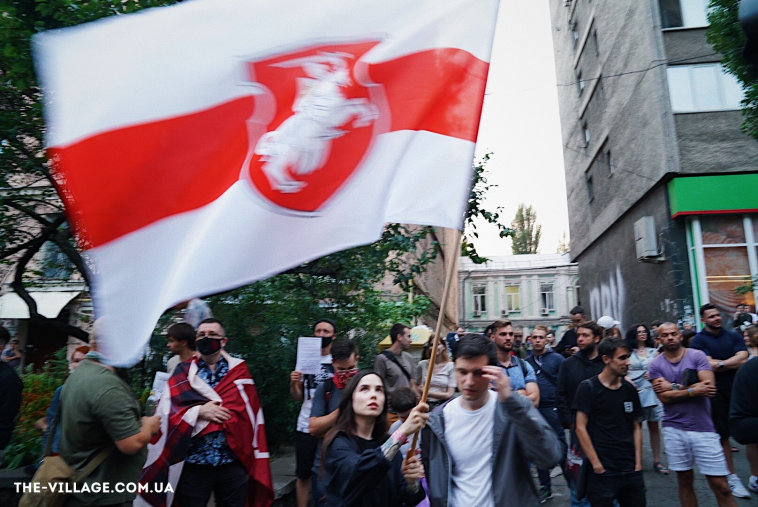 The situation in the combat zone in eastern Ukraine is stable. On October 4, Russia-backed militants violated the ceasefire four times.

In a statement release to the press, the Joint Forces Operation command said Russia’s proxies fired several shots from small arms near Avdiivka and Katerynivka, and used automatic grenade launchers near Vodiane. They also fired from under-barrel grenade launchers and small arms outside Shumy.

Fires on the frontline. Russia’s proxies are setting fire to dry grass near Ukrainian troops’ positions in Donbas, causing massive fires, a video filmed by Ukrainian troops in Luhansk region shows. It was posted by the Facebook page of the “Come Back Alive” (Povernys Zhyvym) NGO.

Joint Forces Operation command as well as the troops also say that the massive fires are started by the hostile attacks. However, President Zelenskyi said the blaze had no connection to hostile provocations.

The worst condition is observed along the contact line – in Stanychno-Luhanskyi, Novoaidarskyi, and Severodonetskyi districts, where fires have covered 32 towns and villages. Nine people were killed, 17 taken to hospital, hundreds of residents whose house had burned, were evacuated.

Elections in the occupied areas: security comes first. Ukraine has a plan for peace settlement in Donbas, its final stage foresees elections in the territories that are now occupied, said head of the Office of the President Andriy Yermak during a TV show aired on “Ukraina 24” channel. He underscored that before the elections, the territory needs to be demilitarized and there need to be security guarantees.

Belarus: rally participants appeal to the Ambassador in Kyiv

On October 4, several dozens of rally participants outside the Embassy of Belarus in Kyiv called on the Ambassador Igor Sokol to resign.

Organizers say, rumors have it that Sokol is hesitant to stay in office. The protesters wanted to demonstrate their support to the Ambassador by calling on him to leave.

Staying in office and not speaking up about the events in Belarus, the Ambassador silently “supports the regime of Lukashenko, who uses torture and violence against his citizens,” the organizers say.

The rally participants also expressed their support to the protesters in Belarus and condemned protesters’ arrests by law enforcement. They also demanded freedom for the political prisoners and a new round of presidential elections in Belarus.

On October 4, the President of Ukraine Volodymyr Zelenskyi signed off on a decree set to attract IT workers from Belarus.

The document that goes into effect on the day when it’s published, suggests that the government will extend the duration of stay in Ukraine for temporary residents – Belarus nationals that are innovation and technology workers, either entrepreneurs or employees. The tech workers whose immigration Ukraine favors, as well as their family members can now stay in the country for up to 180 days each year.

The government will also simplify the residence permit issuing procedure for the above categories and will ensure that the permits are issued in three days. Moreover, Belarus nationals will not need to leave Ukraine to complete the procedure.

To remind, Ukraine does not recognize Aleksandr Lukashenko as the legitimate Belarus president. After Lukashenko’s term in office expires on November 5, he will be referred to by the name and surname and will not be called “president”, Ukraine’s Foreign Affairs Minister Dmytro Kuleba said.

The coronavirus pandemic and the restrictive measures are changing Ukrainians’ news-consumption habits. What’s immediately obvious is that the overall demand for news has increased.

These are the results of a survey commissioned by “Detector Media” NGO and jointly held by the Ilko Kucheriv Democratic Initiatives Foundation and the sociological service of the Razumkov Center. The poll was held in all regions of Ukraine but in Crimea and in the occupied areas of Donetsk and Luhansk regions between August 14 and 19. A total of 2,022 respondents aged 18 and over were interviewed face-to-face at their residence place. The survey sample represents adult population, the margin of error does not exceed 2.3 per cent.

News from family and friends. The number of Ukrainians turning to family and friends to get the news grew from 11 to 23 per cent. Ukrainian online media rank third, 27 per cent said they get news on Ukraine and the world from news websites, making it the third most commonly used platform for news.

Russian television. Russian television is one of the primary sources for news for nearly six per cent of Ukrainians. Its popularity persists among those aged 50 and older, residing in the east of Ukraine (where 12 per cent get news there often). At the same time, the share of Ukrainians who get news from Russian news web sites and print newspapers, as well as from news media of occupation administrations of “DPR” and “LPR” is minimal, it does not exceed the margin of error.

Trust in local media grows. The survey authors highlight that the coronavirus pandemic created a growing demand for local print newspapers. In 2019, only two per cent of respondents named them, while in 2020 they were mentioned by four per cent. The increase owes to those 50 and older, residing in villages and towns.

At a news conference on October 5, the Healthcare Minister of Ukraine Maksym Stepanov said: “We have almost 37,000 hospital beds, 30,000 of which are already occupied, the rest are in reserve. As of today, 16,745 patients with suspected or confirmed COVID-19 are in hospitals. The situation is tense, but not critical. However, seeing compliance with restrictive measures conditioned by the new reality, there will be a sharp uptick in cases.”

Ukraine opens border to foreigners. On September 28, the section of the government decree that banned foreign nationals from entry to Ukraine expired. Currently, foreigners do not need to quarantine on entry to Ukraine, and are not required to have medical insurance.

To remind, Ukraine shut its borders to foreign nationals for the second time in late August following an increase in coronavirus cases. The ban on entry to foreigners was in force between August 28 and September 28, several categories were exempt from the ban.

Situation in Crimea. The occupation administration reported on the record new cases in Crimea. As per official numbers, since the pandemic started, there have been 5,000 infections and 69 deaths on the peninsula. In Russia, the daily tally of coronavirus cases nears 10,000. The country ranks fourth by the total number of cases.